The 11th top moment was an easy decision by the staff at Motorsport.com: The Clint Bowyer/Jeff Gordon fight at Phoenix which, of course, included their teams!

Drivers in America's premiere series have been getting into on and off track brawls since the very start. Cale Yarborough vs Donnie Allison, Darrell Waltrip vs Rusty Wallace, Kyle Busch vs everyone… the list goes on, and feuds begin, honestly making the sport even more entertaining.

NASCAR has had this amazing way of turning these fisticuffs, which normally would delegitimize any other racing series, into events to behold, allowing things to unfold and let the "boys" sort it out. 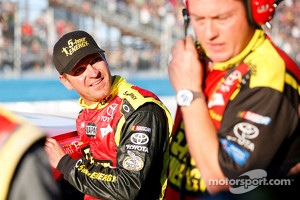 Clint Bowyer, Michael Waltrip Racing Toyota gets out of his wrecked car

The powers that be have understood that it's more than just stock cars going around a track that will get fans talking. I call it the soap opera of racing - F1 has dozens of story lines going into each race weekend, as does every other series, because what happens in one race will always affect what happens in the next.

And NASCAR are the kings at this.

An uncharacteristic move from the normally calm Jeff Gordon took out a championship contender in Clint Bowyer. That's shocking enough. Then Bowyer's crewmen are seen attacking the 24 crew from a helicopter view on television across the globe (literally, I had a buddy who lives in France texting me during the aftermath trying to believe what he'd just seen).

It was pandemonium. It was mayhem. It was confusion. It was exciting. And it was NASCAR. Like it or not. 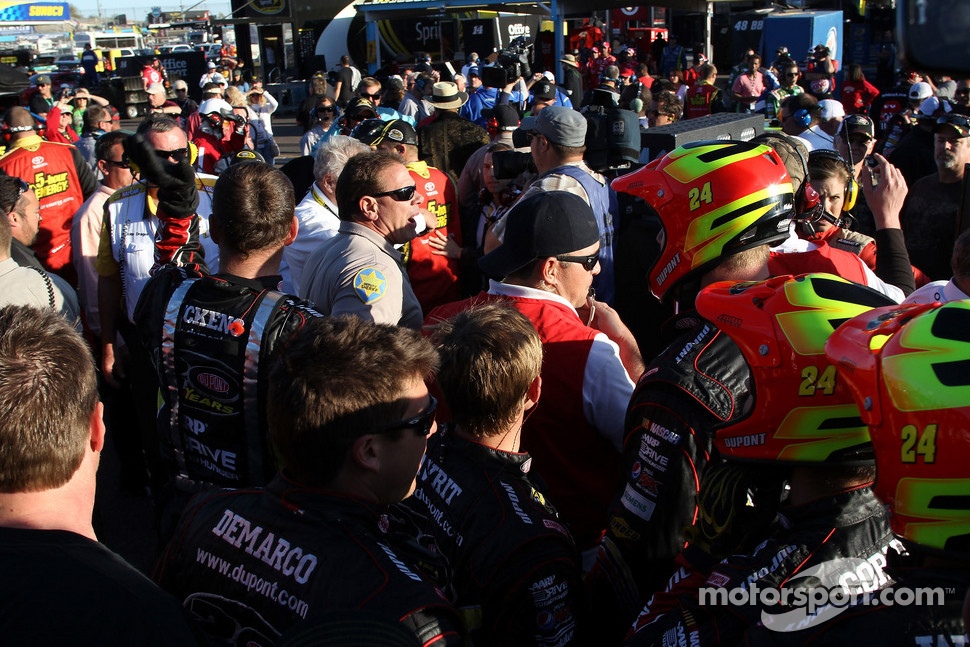 Top moments of 2012, #3: Keselowski, Penske and Dodge beat the odds