Main
Previous / Remembering Junior Johnson: The 1960 Daytona 500 in his own words Next / Top Stories of 2019, #9: NASCAR bets the farm on Next Gen future
NASCAR Cup / Special feature

Kicking off the Top 10 of our countdown of the biggest stories in motorsport is seven-time NASCAR Cup Series champion Jimmie Johnson’s decision to make the 2020 season his last as a fulltime competitor. 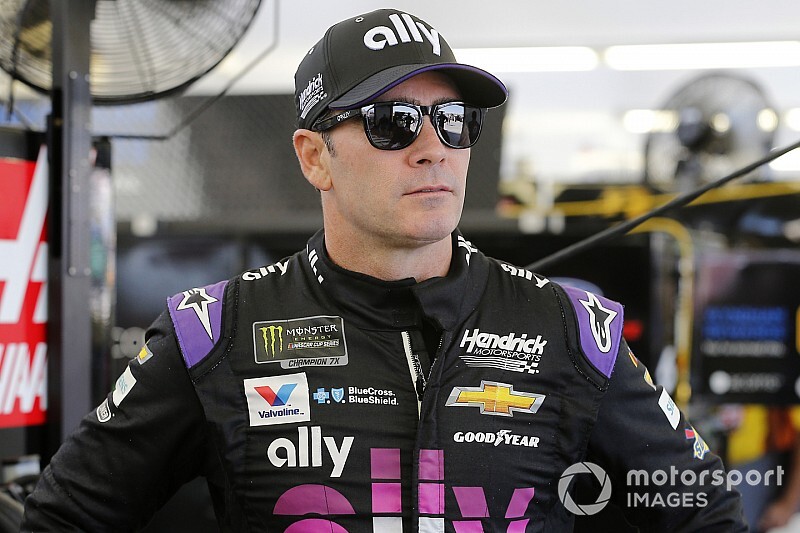 The news of Johnson’s impending retirement was not necessarily a surprise as 2020 was the final year of Johnson’s most recent contract with Hendrick Motorsports.

However, there were a couple circumstances that weighed on Johnson, who at one point late this year was considering another contract extension.

While Johnson, 44, has had a record-setting career in NASCAR, including at one point winning a record five consecutive series championships and racking up 83 series victories, he remains in the midst of a career-long winless streak.

His most recent victory came June 4, 2017 at Dover (Del.) International Speedway and 2019 was the first time in his career he failed to qualify for the playoffs.

With a new crew chief joining in mid-season, Johnson had appeared determined to step away from NASCAR while still contending for wins and championships.

Another possible complication in Johnson’s plans came in October when Johnson’s sponsor, Ally Financial, signed an extension with HMS to sponsor Johnson’s No. 48 Chevrolet team through the 2023 season.

While Johnson was not named as part of the extension, it was clear Ally would have more than welcomed having Johnson remain in the car for one, two or three more seasons, as would his team owner, Rick Hendrick.

As the season ended, Johnson said he hoped he could put off notifying his team owner of his final decision for as long as possible, but as it turned out, just days after the 2019 season ended at Homestead-Miami Speedway, HMS announced Johnson had decided to stick with 2020 as his final season.

“Everybody knows Jimmie; he processes everything. When he’s made up his mind, he’s not wishy-washy at all. He’s done so much for us and for the sport,” Hendrick said. “If you just said I’m going to make a list of what the perfect driver would be, from the talent to the ability to work with sponsors and athlete, he’s just raising the bar for our company.

“From fitness to charity, it’s unbelievable how perfect he is. So, whatever he wanted, I wanted for him. I told him that this year; I said we’re not on a clock, you tell me what you want to do and we’ll make it work.

“I thought he deserved that from our company. I knew the day would come.”

Johnson said he spent much of the spring and summer months debating whether he wanted to extend his NASCAR career but as the season drew to a close, clarity emerged.

“Nothing really hit me in the gut with the feeling that I wanted to stay or stop at the end of 2020. As the year went on and we rolled into October, the feeling just became real,” Johnson said. “It really did and it felt good to think about.

“It was such a profound moment that I really take it back to the moment in time where I knew I wanted to buy a ring for (Chandra, his wife); it was just that strong in my stomach.”

So, Johnson’s farewell tour will kick off at Daytona Speedweeks in February and with it his desire return to Victory Lane and gain one final opportunity to chase what would be a record eighth Cup title.

“It’s been amazing. When I look back on the years I’ve had so far in NASCAR, I fall back into thinking about the experiences and the people; those are the memories that come to mind,” Johnson said.

“Holding a trophy in Victory Lane or on the stage in Las Vegas that we’ve been on several times, it’s the people.”

While Johnson will step away as a fulltime competitor after the 2020 season, he does not plan to step away from racing. He has talked about running IMSA and IndyCar races, likely street courses and road courses.

“This is not a retirement from driving race cars. This is just slowing down from 38 weekends a year, and you certainly know the stress, pressure and grind that it takes – 19 years in Cup and two years in the Xfinity Series, plus everything before that,” he said.