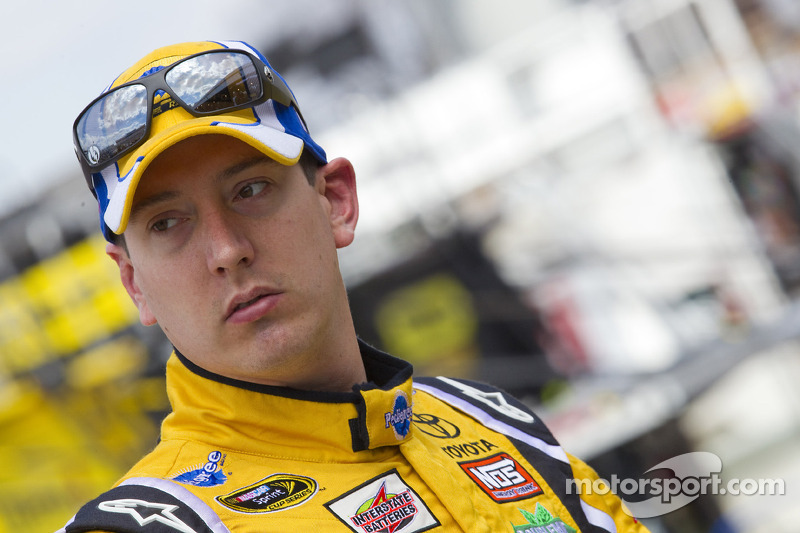 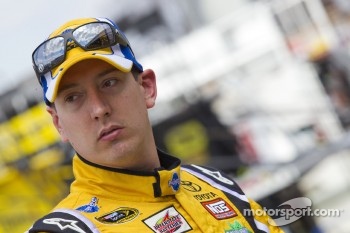 TEXAS TWO STEP: Last year, Camry driver Denny Hamlin swept both NSCS races at Texas Motor Speedway. After starting 29th in the spring race, Hamlin led the final 12 laps and led 31 laps after starting 30th in the fall race before taking his No. 11 FedEx Camry to victory lane. In 11 career starts at the 1.5-mile Texas oval, the Virginia-native has five top-five finishes, eight top-10 results and has completed all but 11 laps (3,673 of 3,684 total laps). Since Joe Gibbs Racing (JGR) began fielding Toyotas in 2008, Hamlin has an average finishing position of sixth at Texas and has finished outside the topfive only twice while driving a Camry.

HANDFUL OF TROPHIES: Camry driver Busch has five NASCAR Nationwide Series (NNS) race wins at Texas Motor Speedway -- a string of victories that began in April 2008 and lasted through April 2010. A runner-up result last November broke his winning streak at the 1.5-mile oval. In 12 NNS starts at Texas, Busch has led almost half of all the race laps (1,187 of 2,411), and has led 917 of 1,205 laps (76 percent) in his last six races at the track driving a Toyota for JGR. Busch also has two Nationwide poles at Texas (2004 and 2009). The Texas NNS race will be Busch’s 100th NNS start in a Toyota.

REUTIMANN RETURNS: David Reutimann will make his first Nationwide Series start of the season this weekend while substituting for Ryan Truex in the No. 99 Pastrana-Waltrip Racing Camry at Texas. Reutimann has one NNS pole (Nov. 2007) at Texas and four top-10 NNS results at the Texas track driving a Toyota. Truex is recovering from corrective surgery to repair a fractured right wrist from a previous dirt bike accident and is expected to race at Nashville Superspeedway, April 23. BACK STORY: Follow Toyota Racing on Twitter (@toyotaracing) and Facebook (www.facebook.com/toyotaracing). Background and images about the Toyota NASCAR program are available at www.toyotamotorsportsmedia.com.

NASCAR Sprint Cup Series (NSCS): Since the start of the 2011 season, Toyota drivers have combined for one victory, five top-five results, 13 top-10 finishes and have led 690 laps … After six races, Kyle Busch now leads the NSCS point standings by five points over Carl Edwards and seven over five-time series champion Jimmie Johnson … Kasey Kahne (15th), Martin Truex Jr. (17th) and Denny Hamlin (19th) are also in the top-20 in the standings … In addition to Hamlin’s two Texas victories last year, David Reutimann started from the pole at Texas in 2009 … Nine-year-old Dallas-based twins Josh and Jake Aron helped design the FedEx March of Dimes paint scheme Hamlin will race at Texas this weekend … Interstate Batteries, the primary sponsor for Busch’s Camry this weekend, is based in Dallas.

You can see the smoke and the sparks a lot more -- all that good stuff.

Are you looking forward to racing at night in Texas? “I think Texas is a great place to race. The facility, the fans -- everybody that comes out. It’s just always a big show. It’s really awesome to be part of that. I think the night race there will be great. I like racing at Texas no matter what. When we finished at night or watched the Truck race at night or something like that, it’s pretty awesome. I think it will be a great Cup race Saturday night. Looking forward to it -- it’s one of our better tracks. I think we should do pretty well.”

What makes Texas different than other 1.5-mile race tracks? “To me, the biggest difference is when you get into the corner -- the way the car drops into turn one and then the way it transitions into (turn) three. The banking is kind of similar, the exit to the corners get flat also, which Charlotte and Atlanta do it, but not quite as much probably. There’s a hole -- where the tunnels are -- there’s a hole across the centers of the corners so your car bounces pretty big through there. It’s a unique track -- it’s a tough track and a great track.”

Are you looking forward to racing in Texas at night? “I love Texas -- it’s a great track. I think all of us enjoy racing at night, especially at a track like Texas that’s really fast. It gets a little bit faster at night so it's even more fun. There’s something about night races that seem a lot more exciting to me. You can see the smoke and the sparks a lot more -- all that good stuff. I’ve always enjoyed racing under the lights better.”

How were you able to win the Texas race last spring after having ACL surgery? “Texas is a track I’ve always really run good at, but I was looking at Texas as kind of a week off after Phoenix. As bad as I felt that weekend, I felt like I could use Texas as almost a week off and then try to catch my stride a couple weeks after that and try to get better. How am I supposed to know that my car was going to be rocket fast and we find ourselves in a position to win that race. For me, it was just a huge turning point. It instantly went from trying to recover to just trying to figure out how I am going to get into the Chase and win the Chase at that point.”

NASCAR Nationwide Series (NNS): Since the start of the 2011 season, Toyota drivers have combined for three wins , four top-five results, 12 top-10 finishes and have led 637 laps … Kenny Wallace (eighth, -41 points) is the top Toyota driver in the NNS point standings after five races … Brian Scott (ninth), Steve Wallace (11th), Michael Annett (13th) and Ryan Truex (15th) are also in the top-15 in the standings … Kyle Busch will make his 100th NNS start in a Camry at Texas … Busch has earned 35 victories, 11 poles, 68 top-five finishes and led 7,447 laps in his first 99 NNS starts in a Toyota … GameStop, primary sponsor for Joey Logano’s Camry in the Nationwide Series, is based in Grapevine, Texas … Kenny Wallace (American Ethanol) and Michael Annett (Northland Oil) will feature new primary sponsors for Saturday’s Texas race. 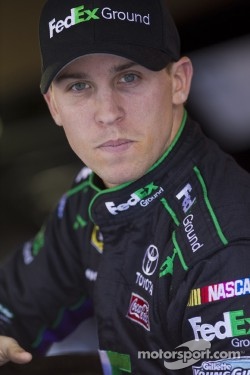 What does it take to be competitive at Texas? “Texas is a fast track. Probably one of the fastest we go to in the Nationwide Series. It’s a track where handling is very important because you are on the gas so much, and the more you can stay on the gas and keep your momentum up, the better you will be. These Nationwide cars are all about momentum, so it’s important. When I first started coming here, I was not very good. Texas had my number. But last year, something clicked and I feel like I’ve gotten a lot better here. Plus, our stuff at JGR (Joe Gibbs Racing) has been really good the last few years, so that has helped.”

How did the deal with Kyle Busch Motorsports and Kimi Raikkonen come together? “Agents -- that’s how it came about. I have yet to speak to Kimi (Raikkonen) myself. Apparently there’s an interest in him that he wants to run in NASCAR. He’s shopped it around to quite a few teams and apparently we won the war. It’s exciting for us at Kyle Busch Motorsports. Kimi, from what I understand, was real adamant about trying to work with me and our teams and being able to put a deal together to go out there and try to get him success in NASCAR. With our trucks, the way we’ve been running this year, he felt like that was a good place for him to come.”

Do you think his experience in Formula 1 and rally cars will make his transition easier? “I think it will help him because he’s (Kimi Raikkonen) gone from something that’s been the ultimate amount of down force and grip to something that is essentially no down force and no grip. You’re in the air sometimes. I think that will be something that he’s had the best of both worlds. NASCAR is the best of both worlds. We do have a lot of down force, but yet we are still slipping and sliding all over the place. You’ve got to figure out how to handle all of that.”