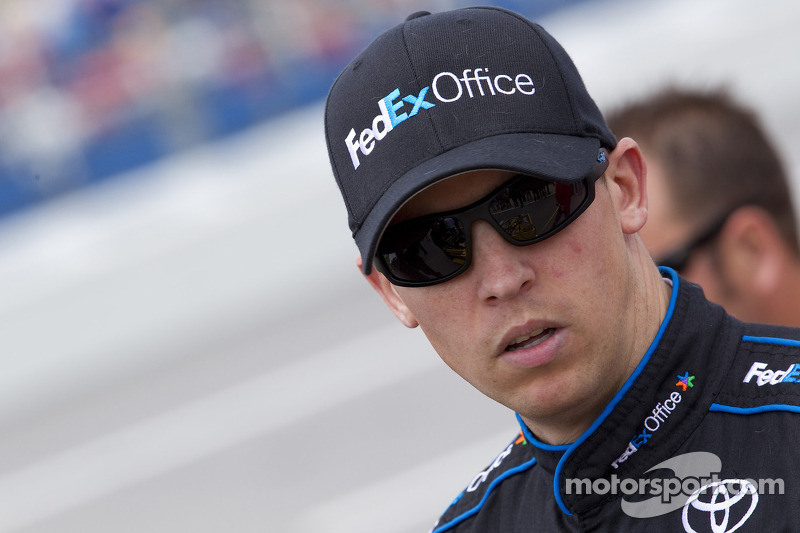 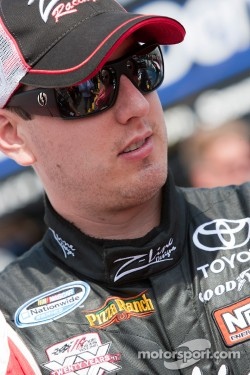 LEADING LAPS: Joe Gibbs Racing (JGR) teammates Busch and Hamlin have combined to pace the field for 977 of a possible 2,000 circuits in Sprint Cup Series action at Richmond International Raceway, leading nearly 50 percent of the laps in the last four races at the three-quarter-mile short track.

HOMETOWN TIES: Curtis Markham returns to his birthplace of Richmond, Va., as the spotter for Hamlin and the No. 11 FedEx Camry. Markham, who calls Fredericksburg, Va., his home, is responsible for the partnership between Richmondnative Hamlin and Joe Gibbs Racing. When JGR planned a program to help minority drivers get involved in NASCAR, it was Markham who was sent to a Hickory Motor Speedway in North Carolina where he discovered Hamlin test driving and preparing vehicles for the program with record-setting times. Markham, who has competed in all three NASCAR premier series, immediately contacted his bosses at JGR and within days Hamlin was signed to a developmental contract with the organization in 2004.

DRIVER CHANGE: The No. 18 Camry will have a new face behind the wheel of the race car when 26-year-old Kelly Bires makes his inaugural NNS start with JGR at Richmond. It marks the first race of the 2011 season in which Busch will not pilot the No. 18 Camry, a car that is looking for its third consecutive Nationwide Series owner’s championship this year - - and currently sits third in the standings. Busch has won four of eight series races this year. Bires has competed in the series for five seasons with three top-five and 12 top-ten finishes. He will also drive the No. 18 at Chicagoland Speedway in June.

NASCAR Sprint Cup Series (NSCS): Since the start of the 2011 season, Toyota drivers have combined for one victory, five top-five results, 14 top-10 finishes and have led 704 laps … After eight races, Kyle Busch is sixth in the NSCS point standings, trailing leader Carl Edwards by 38 points … Denny Hamlin (17th), Kasey Kahne (18th) and Martin Truex Jr. (19th) are also in the top-20 in the standings … Hamlin will host his ‘Short Track Showdown’ at Richmond International Raceway Thursday night at 8:30 PM … Camry drivers Busch, Kahne, Joey Logano and Michael Waltrip will join Hamlin in the 75-lap race, which benefits the Denny Hamlin Foundation … Toyota will sponsor the Fan Zone at the event … Busch became the 10th driver in NASCAR history to surpass the 20,000 laps led mark among the top-three NASCAR series last weekend at Nashville … The 25-year-old Las Vegas-native has now led a total of 20,069 laps in the NSCS, NNS and NCWTS … Busch was named First Quarter Driver of the Year, voted on by a panel of journalists from across the U.S. 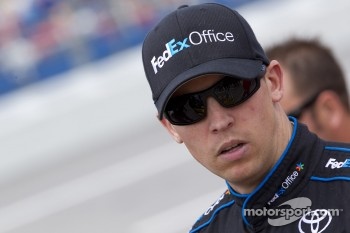 Do you think Richmond is more like a short track or an intermediate track? “Richmond is kind of a mix of both types of tracks. You’ve got the speed that comes with an intermediate, but you drive it like a short track. It’s kind of the one off race track that we go to that everyone loves because there’s so many different racing grooves around that track, and passing when you’ve got a good car is relatively easy.” How special is it to host a charity Late Model race at Richmond International Raceway? “It’s good for me. As a Late Model racer I always wanted to run at Richmond, but they quit doing it the year I got into Late Models. So, for me to be able to host the race bringing them back is awesome. I’m as excited for that race as any race I race in the Cup Series all year long.”

Why has Joe Gibbs Racing had so much success at Richmond? “I think it’s really, really cool the way we have been able to run well at Richmond and the way it is with Joe Gibbs Racing, but I give a lot of credit to the team and to the guys. They build great stuff. Denny has always run well here and has always been the car to beat. Denny and I know how to get around this place and know what to talk about with our crew chiefs and know what to explain to those guys and what to talk amongst ourselves to get our stuff better.”

What does it take to quickly get around a track like Richmond? “You try to be easy on the brakes getting in, so you don’t lock up getting into the corner, or get too loose getting into the corner. The center (of the corner) always seems to be a little tight with these cars, and the exit has been so loose. Nobody has any forward bite coming up off the corner, so it’s pretty bad. It’s pretty fast and it usually spreads out, and you’ll get a lot of grooves to choose from. You can pretty much count on the usual exciting short-track racing when you go there.”

Is it beneficial having teammates like Denny Hamlin and Kyle Busch who have been successful at Richmond? “I think it helps a lot. Our last few runs there, we’ve had really good race cars, too. It takes us a little bit longer in the race to get our car good. Last time we were there, I think we took off really slow at the beginning of the race and went down a lap. We got our lap back and drove up to fourth -- it just took us a long time to get there. We’re going to focus on starting off a little bit better this time. It seems like the longer the race goes there, the better we get most of the time as the track rubbers up a little bit. To find a little bit more and figure out what my car needs to get a little bit better.”

It takes us a little bit longer in the race to get our car good.

Are you looking forward to racing in Denny Hamlin’s charity Late Model race? “That’s a fun race for sure. It’s cool, Denny (Hamlin) does it for a good cause. It’s cool to see how many people are willing to get involved with it and do it. I think there are more people now than there was at Southside. The Late Models at Richmond -- it’s a pretty fast race track for them. It sounds like they tested them and it was alright and the track rubbered up good. I’m hoping my car is better than the last two years I ran that thing at Southside. I have a different car this year, it’s Clint King’s car. It wasn’t ready for the test, so I didn’t get to go up there for the test. Hopefully, my car is good and I can at least race with those guys that are winning.”

NASCAR Nationwide Series (NNS): Since the start of the 2011 season, Toyota drivers have combined for four wins, 10 topfive results, 20 top-10 finishes and have led 726 laps … Brian Scott (eighth, -36 points) is the top Toyota driver in the NNS point standings … Kenny Wallace (ninth), Michael Annett (10th), Steve Wallace (11th) and Joe Nemechek (14th) are also in the top-15 in the standings … K. Wallace has the most series starts at Richmond (32) and has won three times at the Virginia short track (1994, 1995 and 1996) … Denny Hamlin will make his second series start of the season this weekend in the No. 20 Camry, which currently holds an eight-point advantage in the owner standings …Kevin Kidd, crew chief for the No. 11 Camry is from Tazewell, Va., and the No. 20 team’s shock specialist, Joel Wiedman, hails from Richmond.

Are you excited to be racing in the Nationwide Series again? “It’s a huge opportunity, I think everyone knows, that Joe Gibbs Racing has presented to me, to be able to drive the No. 18 Camry. It’s been one of the best cars, if not the best car, in this series ever since I’ve been in it. Without International Comfort Products and the brand Heil coming on board, we wouldn’t be able to do it. It’s going to be my first race this year that I get to run the full thing and it’s in a car good enough that I should be able to contend with it.”

Why did you select Richmond as your first race? “I came from a short track racing background -- from Late Models. Richmond is a lot like Iowa. I’ve run good at both of those tracks in the cars that I’ve been in. I’ve ran top-five, but we’ve had the capability of finishing in the top-10 the few times that I’ve been there. Richmond and Chicago were the first two races that were basically available to be able to run in the No. 18 Camry. Those are the first two that we’re going to race. Chicagoland is a standalone this year and it’s kind of close to where I’m from at home in Wisconsin.”