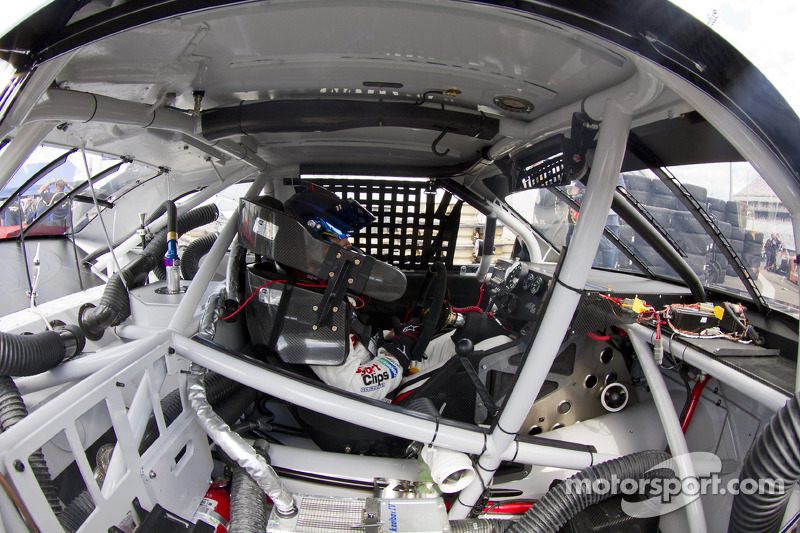 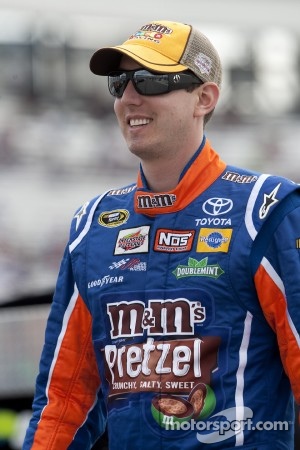 BACK TO THE LADY IN BLACK: This weekend, the NSCS returns to South Carolina’s Darlington Raceway for a 500- mile event at the 1.366-mile track. One year ago, Hamlin crossed the finish line first at Darlington leading 104 (of 367) laps en route to victory lane. Busch won the race at the ‘Lady in Black’ in 2008, leading 169 (of 367) laps. In that race, Camry drivers Hamlin (seventh) and Dave Blaney (ninth) also registered top-10 finishes. Current Camry driver Bobby Labonte also earned a win at Darlington in 2000 -- the year he won the Cup championship.

SOUTH CAROLINA SUCCESS: Toyota has two NNS win s at Darlington. Hamlin was triumphant in last year’s race when he started from the pole and led 111 (of 147) laps. Former Camry driver Tony Stewart was victorious in 2008. That year, Stewart started third and led 90 (of 139) laps to take the checkered flag ahead of fellow Toyota drivers David Reutimann (third), Todd Bodine (fourth) and Jason Leffler (ninth). In 2009, Leffler (second) matched his best finish of the season at Darlington, while Brian Vickers (10th) also finished in the top-10 in the race won by Matt Kenseth. It was Busch who dominated that race -- leading 143 (of 153) laps before debris cut down his right-rear tire in a green-white-checkered finish, forcing him to pit road and a 16th-place result.

KAHNE CAN TAME DARLINGTON: Camry driver Kasey Kahne does not seem too intimidated by the track they call ‘too tough to tame,’ -- South Carolina’s Darlington Raceway. Kahne has earned three poles at the 1.366-mile raceway (2004, 2005 and 2006) in the Sprint Cup Series. In addition Kahne has found success in the NASCAR Camping World Truck Series (NCWTS) at Darlington, winning in 2004 and just recently when the series visited Darlington in March of this year. Kahne drove the Kyle Busch Motorsports No. 18 Tundra in the race and led 95 (of 147) laps. BACK STORY: Follow Toyota Racing on Twitter (@toyotaracing) and Facebook (www.facebook.com/toyotaracing). Background and images about the Toyota NASCAR program are available at www.toyotamotorsportsmedia.com.

NASCAR Sprint Cup Series (NSCS): Since the start of the 2011 season, Toyota drivers have combined for two victories, eight top-five results, 18 top-10 finishes and have led 1,018 laps … After nine races, Kyle Busch is third in the NSCS point standings, trailing leader Carl Edwards by 30 points … Denny Hamlin (17th) and Kasey Kahne (18th) are also in the top-20 in the standings … Have you always wanted to speed around Charlotte Motor Speedway for 600 miles? … This year Red Bull Racing Team is giving fans the chance to enter photos at www.redbullracingusa.com/shutterspeed and have their picture placed on one of the two Red Bull Racing Toyota Camrys for the 600 mile race on May 29 … The deadline to enter is May 22 and the Camrys will be revealed on May 27 at the Red Bull Racing Fan Day at the EpiCentre in Charlotte, N.C.

As a driver, you’re just surprised with some things and how fast you actually can go around the track.

What was your first experience at Darlington like? “Surprising -- it was so hard to really imagine that you could drive that hard at a track. You could pick up the throttle that fast. There are so many little things at that place. It’s on edge. It just catches so fast. To me -- it was one of the coolest -- it’s like Bristol, the first time you go there. As a driver, you’re just surprised with some things and how fast you actually can go around the track.”

What do you and your team need to do to be championship contenders? “I think that's something they’re working on pretty hard at Red Bull ever since Texas. We kind of realized that we’re not as good on some of those tracks where there’s a lot of load in the front tires, things when you get into the corner, to keep the car turning throughout the race. That’s something we’ve already started working on. At Darlington , we’re going to need to be better and after that -- Dover, Charlotte, the next four or five races. We’ve been looking at it. We need to make some good changes before Darlington and Dover if we want to run good at those tracks.”

What makes Darlington the track that is ‘too tough to tame’? “It’s a very narrow and challenging race track, especially for the speeds that we carry around there now. You’ve really got to be able to get as close as you can to the wall in order to carry your momentum through the corners because you’ve got to make the straightaways as long as you can. The track is very narrow on entries and exits, so you’re always trying to round the place as much as you can. It’s very ‘one groovish.’ You can’t really run side-by-side there. Anytime you get alongside somebody you basically have to let them go. It’s a very big give and take type track. It’s a lot harder to pass now with the fresh asphalt than what it used to be. It’s really aero sensitive now to where it used to be more about mechanical grip and getting your car to handle well and handle over the bumps well and keep the tires on it.”

Is your team where you want it to be now to be successful over the next three months? “I’d have to say we’re close. There’s definitely some areas for improvement, no doubt. The guys have done a really, really good job all year long up to this point that we’ve been able to have consistent race cars. Each and every week we’ve been able to be good on the race track and have solid efforts. If it hasn’t been for an engine failure at Vegas or a wheel loose at Texas, or the wreck at Talladega, we could possibly have three more top-10s and maybe even some top-five finishes in there, too. It’s relative to where you are. We feel pretty good about it.”

Is the nickname ‘track too tough to tame’ appropriate for Darlington? “Oh yeah, I think everyone has hit the wall there before. I don’t think you ever tame it. There’s just days that are better than others -- that’s what it comes down to. It’s a real tough race track. It’s one of those tracks I don’t have any laps around because we only have one race a year and I haven’t run the Nationwide race there but once. We’ve run good there in the past. Hopefully, we’ll put together a good piece and come out of there with a solid finish.” 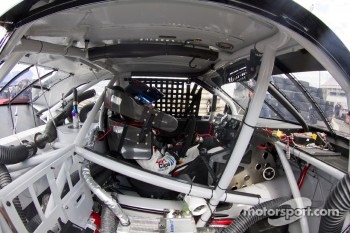 Do you think your successful Richmond weekend will provide some momentum? “Usually, it’s about five, six races before we kind of get going. Maybe it’s just this year. Maybe it’s taken us a few extra races. We know when we come to these race tracks we’re going to be contenders for a win. I never even thought about one struggle that we had earlier in the year when we come to Richmond. It’s like, ‘Okay, we should win, regardless of what’s happened’. You forget about all that when you go to a race track that you have a lot of success. Hopefully, this is the point in which we turn it around.”

NASCAR Nationwide Series (NNS): Since the start of the 2011 season, Toyota drivers have combined for five wins, 11 topfive results, 22 top-10 finishes and have led 925 laps … Brian Scott (eighth, -38 points) is the top Toyota driver in the NNS point standings … Kenny Wallace (ninth), Steve Wallace (11th), Michael Annett (12th) and Joe Nemechek (14th) are also in the top-15 in the standings … Jason Ratcliff, crew chief for the No. 18 Camry, is from Sumter, S.C., and the No. 18 team’s tire specialist, Jason Clements, hails from Spartanburg … This weekend’s NNS race marks the 150th for Camry since joining the series in 2007 … Toyota has earned 59 NNS wins and 51 NNS poles since 2007.

How did it feel to win the NNS race at Richmond after a tough start to the NSCS season? “Any small victory goes a long way. Maybe I won because I had a record round of golf on Wednesday -- I don’t know. It’s just one big snowball that’s just rolling and rolling and hopefully it goes on and continues on. For me, it was a particularly special win because I started my career with the 20 car. It’s good to see these guys back in victory lane. We were able to get Kevin Kidd (No. 11 crew chief) his first win last year and obviously Adam (Stevens, crew chief) this year. JGR is so deep within their personnel they are able to just put guys in positions and they’re able to succeed because of the people around them and what they’ve learned. Adam is just another chip off the old block, as far as the crew chiefs at JGR continuing to be successful.”