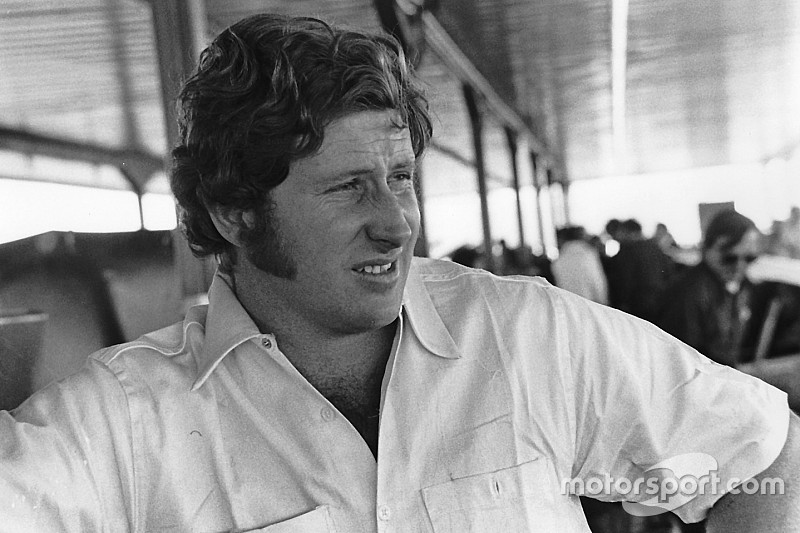 While the town of Ellerbe, North Carolina is fresh in minds of people in the NASCAR world as native son Benny Parsons was recently inducted into the NASCAR Hall of Fame, there was someone else from the tiny town in eastern North Carolina who had a part in helping Parsons get inducted.

Carter enjoyed a four decade plus career in NASCAR and now lives in Denver, North Carolina. Motorsport.com recently caught up with him to talk about his successful career as a crew chief and car owner.

Carter was part of NASCAR’s first youth movement in the 1970’s when he went to work for L.G. Dewitt’s cup team that Parsons drove for in 1971. Carter would work his way up to crew chief for Parsons by the time he was just 23 years old and they would go on to win what was then known as the NASCAR Winston Cup Series championship in 1973.

“Mr. DeWitt was from Richmond County and owned a trucking company and peach farm and was one of the developers of Rockingham Speedway,” Carter said. “He also wanted a team and started one up in the late 1960’s and I got a job working on that team a few years later.”

Carter was indeed young and still learning, but he felt he had something you couldn’t learn that gave him that opportunity.

“I worked as hard as I could and learned as much as I could when I went to work on that team,” Carter said. “I was just a kid who grew up on a tobacco farm. I grew up working hard and I was determined to work harder than anyone else around me.”

Carter tasted success at a young age winning the championship with Parsons when he was just 23 years old and would also be in charge of the team when they won the Daytona 500 in 1975.

“I was thankful for the chance I got to work on the team with Benny and we enjoyed some success and it would go on to open doors for me that I never thought would happen for me when I was starting out in the sport,” Carter added.

Carter would remain a part of the team through the 1975 season with Parsons and directing an organization that didn’t finish below the top five in the final standings any year he was crew chief for the team.

The success with the L.G. Dewitt-owned team got Carter noticed and it was time to move on for the wrench turner.

Moving from the South to the North

At the end of the 1975 season, Carter received a phone call from Roger Penske to go to work for his Cup team and driver Bobby Allison. Taking that job opened another new set of opportunities for the North Carolina native.

“I think I might have been one of the few people in the history of NASCAR who actually moved up North for a job instead of coming down South like so many people have done through the year in the sport,” Carter joked. “It was a good job working for Roger back then.”

Carter also remembered something the famed team owner shared with his while he worked for the team based in Pennsylvania.

“I’ll never forget Roger told me one time that what he liked about me was that ‘I stayed until the job got done’ at the shop and that always meant a lot to me that he recognized my work ethic,” Carter said. “I learned a lot working for Roger and I always appreciated that opportunity he gave me.”

Carter wanted to get back closer to home so he decided to move back down South for the 1978 season going to work with Junior Johnson.

Moving back to North Carolina

Carter took an offer from Junior Johnson to go to work for his team in North Wilkesboro and he would go on to win the 1978 Cup championship, Carter’s second as a crew chief, with driver Cale Yarborough.

“That was a good team and Junior Johnson was an innovator and we had a lot of success,” Carter said. “We won a lot of races and Cale was a heck of a race car driver.”

Carter was also with the team when Yarborough appeared to be on his way to winning the 1979 Daytona 500 before his infamous incident with Donnie Allison cost Carter a chance to win his second Daytona 500 as a crew chief.

“Thinking about that race still bothers me because we had such a good car that day and Cale spun early in the race and got down in the mud and messed the car up,” Carter said. “We worked all day to get the car good again and by time we got to the closing laps we felt we were going to win that race.”

Carter remained with Johnson until 1980 when he got a call to be a part of a new team.

Hollywood connection with next team

Carter was happy working for Johnson when he got a surprise call from Humpy Wheeler, the longtime former promoter and general manager at Charlotte Motor Speedway. Wheeler was working on behalf of Hal Needham and Burt Reynolds – the duo who brought the world the Smokey and the Bandit franchise - who had just decided to start a new team in the Cup series.

“I’ll never forget I was working in the shop and Humpy called me,” Carter recalled. “I told him I would have to talk to Junior (Johnson) first and that’s what I did. I talked it over with Junior and he said it was a good opportunity and told me to go for it. Although Junior, being the smart business man he always was, said I could go to work for Hal but if I did I had to buy my engines from him. So the deal worked well for everyone involved.”

Carter went to work and driver Harry Gant joined the team and Reynolds remained involved for a little over a year with the team.

“We ran really well together and we should have won some races together that first season,” Carter said. “You always remember the ones you didn’t win but feel like you should have won.”

Carter would score his first win with Gant in 1982 at Martinsville and together they would score nine wins together between 1982 and 1988.

“I enjoyed racing with Harry in the 1980’s and we had some good wins,” Carter said. “We won the Southern 500 with Harry and I did will Cale too. Those wins always meant a lot to me at that track.”

It was a challenge those first couple of years as I think Hal thought all you to do was buy a car and go race it,” Carter said. “We all worked hard and we had some success and it was a fun time.”

Taking on an ownership role

Carter took over ownership of a team in 1990 that fielded Butch Miller for most of the season and he was replaced by Rick Mast behind the wheel for the remainder of the season with Mast scoring one top-10, seventh at Phoenix. Miller also scored a top-10 finish earlier in the year.

Although Carter didn’t celebrate any wins in Victory Lane as an owner he looks back fondly on his time in the sport. Carter did celebrate over 30 wins as a crew chief including the Daytona 500 with Benny Parsons and a pair of NASCAR titles in 1973 and 1978, respectively.

As the sport of NASCAR evolved from a regional to more of a national sport the dynamics changed and when Carter’s sponsors decided to pull out of the sport in 2003 Carter felt the time was right to call it a day and retire.

Carter knows that throughout his career in addition to his hard work and reputation as one of the most dedicated crew chiefs of his era, he and many in the sport wouldn’t have had a job without the fans.

“I know many people in the sport make sacrifices to be successful and the fans made a lot of sacrifices as well to support our sport and I never forgot that,” Carter said. “Fans would spend their hard-earned money to come out to races and buy tickets and I always wanted to help put on the best show I could for the fans. I can’t thank them enough for their support of me, the drivers and owners I worked for and the teams and drivers I fielded through the years. I’ll never forget their dedication to our sport.”

While Carter enjoys retired life now with his wife Linda and grandchildren Levi, Charlie and Emma; he was also recently recognized by Charlotte Motor Speedway last October winning their annual Smokey Yunick Award for his lifelong contributions to the sport throughout his career.

Although he spent many years in the NASCAR spotlight, Carter is content now behind the scenes and spending time with his family.

“I just want to be a simple man living a simple life,” Carter said.