© 2021 Motorsport Network. All rights reserved.
TV Buy tickets Store
Previous / Tifft ruled out for rest of season on doctors’ advice Next / Honda “would jump at chance” to enter NASCAR if it “makes sense”
NASCAR Cup / Analysis

Truex finds himself in "new territory" at Homestead this year

With all of Martin Truex Jr.’s success in the NASCAR Cup Series in recent years it may seem strange that he’s still headed to unchartered territory in the season finale. 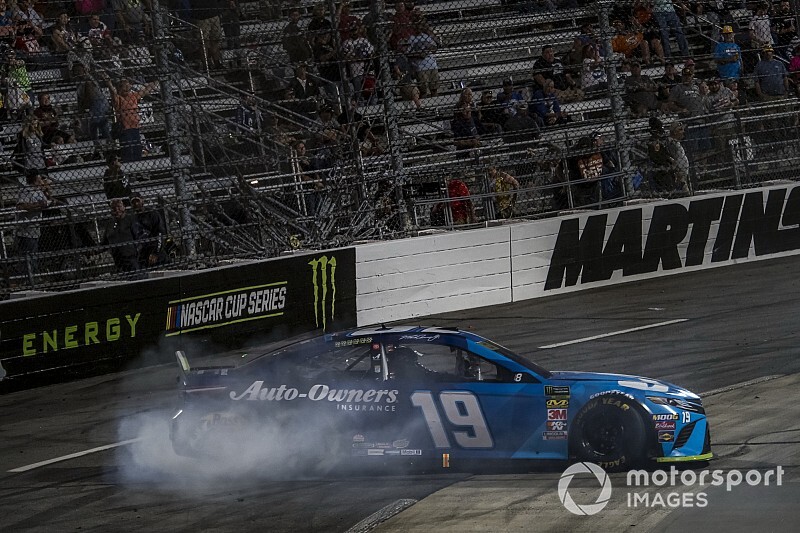 Of course he’s been a frequent visitor of late as a member of the Championship 4 at Homestead-Miami Speedway with the opportunity to win the series title.

This year will be his fourth appearance in the title race in the last five years and he came away with his first Cup series championship in 2017.

This time, however, Truex will appear by virtue of a “free pass” of sorts. His victory in last Sunday’s race at Martinsville (Va.) Speedway locked him into the Championship 4 regardless of how he performs in the next two races.

In his three previous trips into Homestead title fight, he’s never won a race in the semifinal round of the playoffs and ended up advancing by points.

Homestead will be "challenging"

A driver and team locking themselves in early has clearly been seen as a benefit in the past – the last two of the last three fall Martinsville winners – Joey Logano and Jimmie Johnson – went on to win the championship.

“I’ve heard everybody talk about it, we’ve just never lived it until this year. We’ve kind of been working on Homestead already, but now we’ll be able to kind of dive into it deeper,” Pearn said following Sunday’s dominating victory.

“It’s going to be a challenging year. I think every Homestead, we’ve never gone through a big rules change like we’re going to experience this time. Usually you’re able to work on last year’s notes and things like that, and this year that’s not the case.

“You’re going to a track for the first time with this rules package and you’ve got two 50-minute practices to figure it out. We can work all we want on it, but to know exactly what we want to do is still a bit of a guess.”

Truex has seven wins so far this season – the second-most of his career in a single-season – but unlike in years past, a majority of his victories have not come on intermediate tracks like Homestead.

He’s won three times on short tracks, one road course, once at Dover (a 1-mile track) plus wins at Las Vegas and Charlotte (similar to Homestead). In his championship season of 2017, seven of his eight wins came on intermediates.

A new path into the Final Four

The introduction of a new aero package this season has produced many challenges for teams, Truex’s No. 19 Joe Gibbs Racing team included.

“We’ve never been in this position before. Every time we’ve made the Final Four we’ve pointed our way in. We’ve never won in this round, so it’s new territory,” Truex said. “It’s good territory to be in, but honestly we can’t change who we are.

“I said that earlier in the year when the playoffs started. You can’t just go from the regular season to ‘we’re going to change our mindset’ for the playoffs. You race every week the same, just there’s more on the line as you go down the road here.”

Truex’s team will be able to spend some extra time preparing his Homestead car but the driver says he doesn’t plan to approach the next two races at Texas and ISM Raceway near Phoenix any differently.

“Now there will be a little bit of extra time for Cole and the guys to work on their thoughts and their plan (for Homestead). But we’re going to go try to win the next two,” he said. “Just like (Martinsville), we’ve never won the next two tracks, and we want to, so here we go.

Tifft ruled out for rest of season on doctors’ advice