Martin Truex Jr. believes NASCAR fans have only gotten a taste of the craziness the Roval course at Charlotte Motor Speedway could produce this weekend. 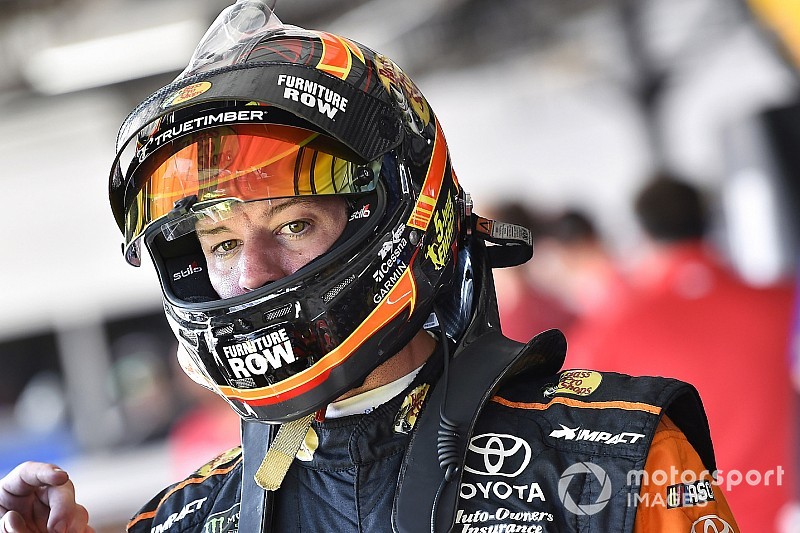 As the drivers become more and more comfortable with the course, Truex expects the intensity to only increase, particularly in qualifying.

“We only ran on one set of tires our first two runs and we got out there with a minute to go and ran out of time, so I was a little disappointed that I couldn’t get out there and try to push a little harder and find some more time,” Truex said of his practice effort.

“Qualifying, I think it’s going to get a lot faster just because the guys are going to take more of each curb in each corner and push the limits, so we’ll see how we can deal with that.”

Truex ended the 50-minute practice session 14th fastest (104.775 mph) as fellow Toyota driver Kyle Busch led the way (106.397 mph). Even Busch had one of his fast laps disallowed during which he shorted part of the frontstretch chicane.

The tightness of the Roval course leaves little room for error compared to a more traditional road course, Truex said.

“There’s definitely a lot of chance for it to get crazy,” he said. “The hard part is that you’re on a road course, we’re on a hard tire and you want to push – typically road courses you’re always pushing for that last inch or two or a foot in the braking zones and now you know if you get that extra foot and it’s too much, you’re going to be off the track somewhere.

“You’re trying to weigh the risk versus reward as the laps go by and so far so good for us. Not so great for some others.”

Truex is one of three drivers already locked into the second round of the playoffs, which he says has changed his outlook for the weekend.

“I wasn’t nervous this week. Pretty carefree and feeling like it’s a race that we’d like to come in here and win. Nothing to really worry about,” he said. “Obviously, we want to do well. We want to get some bonus points if we can. That’s the name of the game right now.

“It’ll be fun. It’s definitely more fun than coming here like some of those (other) guys – I can’t imagine what they’re thinking right now and how nervous they are about it.

“Once we all get (to Sunday), it’s a race and you got to figure it out. From that standpoint, I’m looking forward to the challenge.”