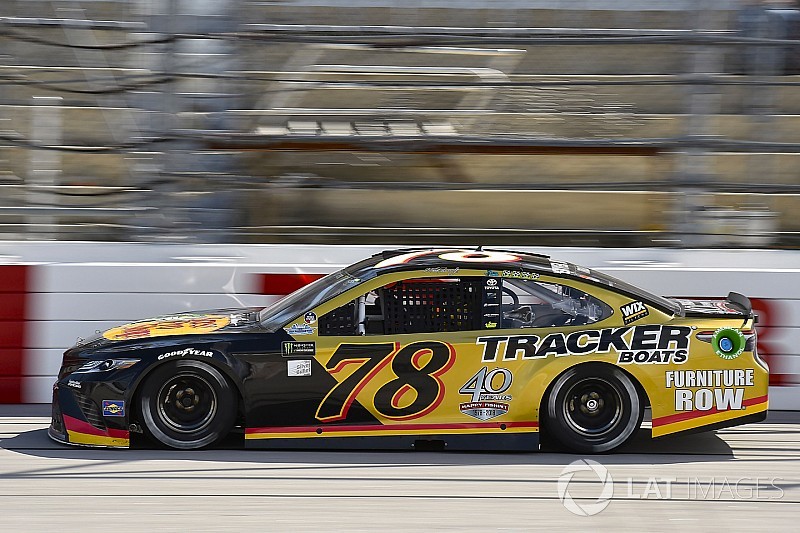 Martin Truex Jr. added another accolade to his expanding resume on Sunday night.

At Darlington Raceway, Truex won his 17th stage of 2017 and clinched the regular season championship.

Daniel Suarez hit the Turn 1 wall on Lap 125 to trigger the fourth caution. He had a left right front and fire under the No. 19 Toyota as he limped to pit road.

Larson retained the lead out of the pits followed by Truex, Hamlin, Jones, Keselowski, Kyle Busch, Harvick, Kurt Busch, McMurray, Austin Dillon, Johnson, Kenseth, Logano, Newman and Elliott. The race returned to green on Lap 130 and Larson crossed over the front of Truex. Keselowski passed Jones for fourth on the next lap — and Harvick followed for fifth.

By Lap 143, Truex cut Larson’s lead to a half-second. He passed the No. 42 on the inside for the lead coming out of Turn 4, five laps later. Hamlin remained third followed by Keselowski, Harvick, Kurt Busch, Jones, Kyle Busch, Austin Dillon and Kenseth.

Stenhouse took his damaged car to the pits on Lap 153.

Hamlin led the field to the restart on Lap 160 with 40 circuits to decide the stage. Harvick passed Larson for third. On Lap 162, Kurt Busch passed Kyle Busch for fifth, Keselowski dropped to seventh followed by McMurray, Elliott and Austin Dillon.

Hamlin’s team warns him there is debris on the grille — but they’re not concerned.

With 25 laps remaining, Truex looked to the inside of Hamlin coming out of Turn 4. On Lap 179, Truex caught Hamlin in Turn 3 and completed the pass on the No. 11 Toyota.

Kurt Busch told his team with 19 laps remaining in the stage, “I got not rear grip.” His brother passed him on the next lap for fifth-place. Austin Dillon passed Elliott for ninth. Keselowski took sixth from Kurt Busch with 12 laps remaining.