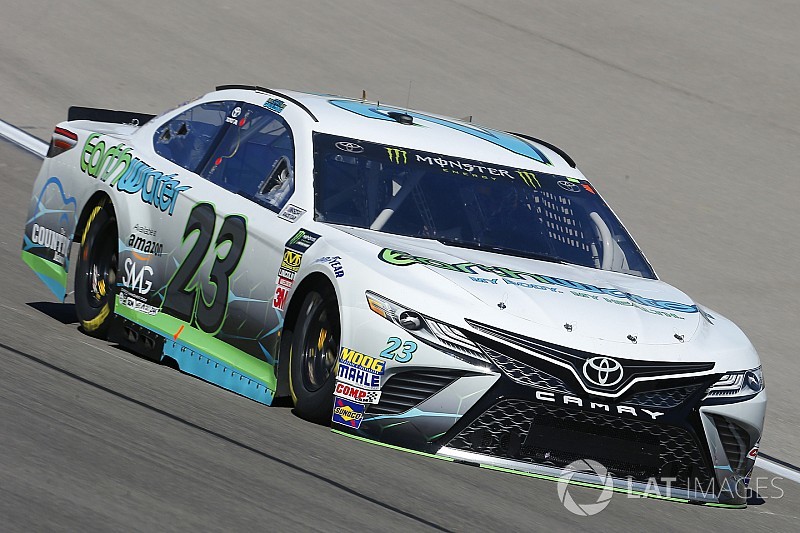 BK Racing, the former Red Bull NASCAR Cup series team, has been taken over by a trustee following a judge ruling in the latest stage of its bankruptcy filing.

BK Racing had previously sold one of its two charters to Front Row Motorsport ahead of 2018 to help its finances, and it still retains its own charter.

The filings had then shown it had more than $10 million in liabilities, but Union Bank & Trust of Virginia claims it is owed $8 million and asked for a trustee to be put in place.

A bankruptcy judge has now appointed Matt Smith as trustee of the company, meaning that team boss Ron Devine has lost financial control of BK Racing, and Smith will take over the management of funds and credit repayments.

Despite speculation that Devine would not work with the trustee, he confirmed to Autosport/Motorsport.com that he has agreed to do so.

“BK Racing will be fine,” Devine said. “Matt Smith is the trustee for the bankruptcy and the judge asked us to work together.

“I have agreed to do so and we are headed to Texas next weekend with the #23 Earthwater Toyota, driven by Gray Gaulding.

“We look forward to working our way through this Chapter 11 and returning to be a successful company.

“I want to personally thank all of those employees that have stuck by this team for their hard work and loyal dedication.

“I look forward to a long successful future with them.”

BK Racing has competed in every 2018 Cup race this season – with the charter guaranteeing its right but requiring its participation – with a best finish of 20th at Daytona.

NASCAR can revoke a team charter but has shown little indication that it will revoke BK Racing’s, which is considered a saleable asset.