It’s been a long, difficult season for NASCAR Cup Series driver Ty Dillon but once again he found some solace in a restrictor-plate race. 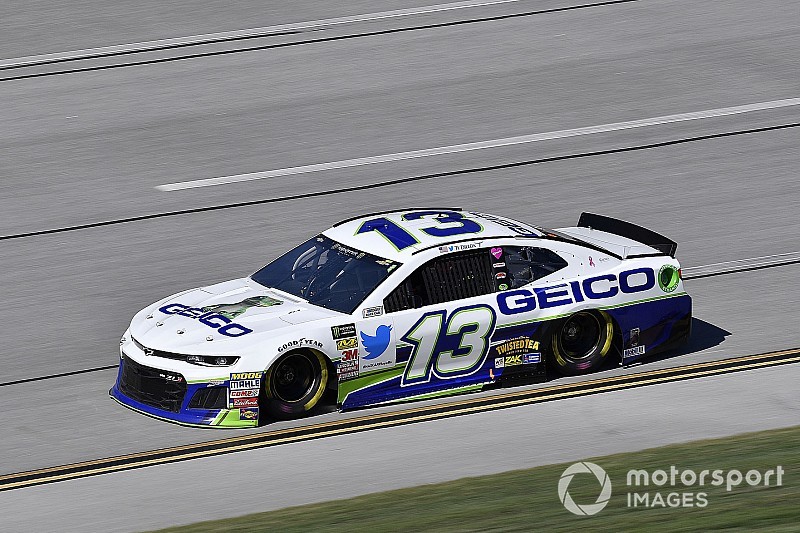 Dillon, the 26-year-old grandson of NASCAR owner Richard Childress and driver of the Germain Racing’s No. 13 Chevrolet, hasn’t enjoyed much success this year, his second fulltime season with the organization.

Three of his four best finishes this season have come at either Daytona or Talladega, including a 15th-place effort this past Sunday.

Otherwise, he’s been locked out of the Top-10 this season and sits 28th in the series standings.

“Talladega has always been a strong track for me because I’m comfortable with this style of racing. This was the kind of day our team needed after a couple of tough weeks,” Dillon said after the race.

“We ran up front, earned a bonus point at the end of Stage 1 and showed once again that Germain Racing builds fast superspeedway cars. I wish we could’ve gotten a top 10, but those are the breaks sometimes at these tracks with how quickly drafts change and cars move around.”

Dillon entered the year with much optimism, especially with several organizational changes including a new crew chief in Matt Borland and other engineering staff.

Dillon admits, however, the lack of results has been frustrating.

“Where it was easy, still is easy to let doubt creep into your mind and I guess always be down. This sport can really keep you down because there is only one winner every week. Everything around it can be tough,” he said.

“I think the biggest thing is trying to just keep faith in what I believe in and keep my priorities right and that is something that I’ve learned a lot about the last couple of weeks in my life. This year and season has been one of the toughest in my life.

“I feel good about where we are going at Germain Racing (and) the way these hard times have made us progress as a team and grow. When we get those right combinations clicking we are really going to be a strong team.”

Moving over to RCR?

Richard Childress Racing recently had an opening in one of its Cup series teams and filled it with Xfinity Series driver Daniel Hemric.

Asked if going to RCR’s No. 31 team was an option if he considered, Dillon said, “RCR has been my whole life and still is. I still go to the shop I was there a couple of times this week, but Germain Racing is my career right now and I’m putting everything into that.

“Who knows what the future will hold or what it will bring, but I know what the next two years have in store for me and that is Germain Racing. That is all I can focus on right now and put 110 percent into that and I’m very excited for that.

Almirola: "It was up to me" to show I belonged at SHR