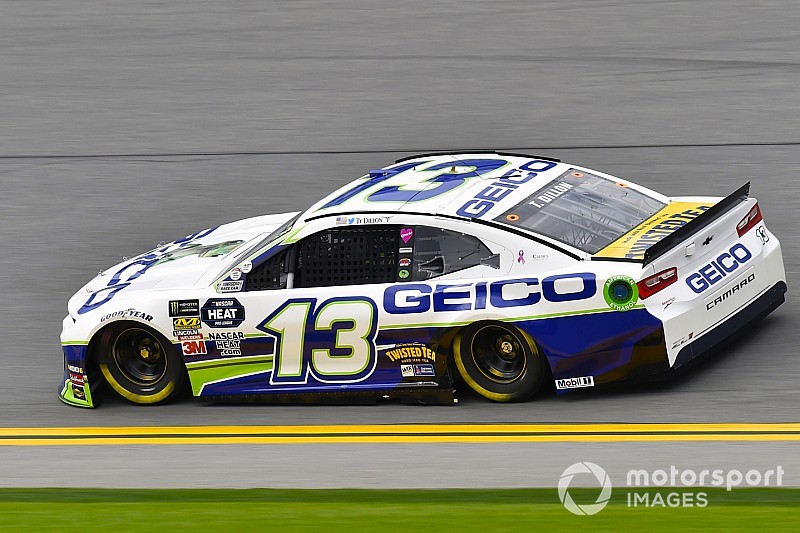 It may not predict how the rest of the season will go, but Ty Dillon is proud of the effort that went into his sixth-place finish in Sunday’s Daytona 500.

One race into the 2019 Monster Energy NASCAR Cup Series season and Dillon has already matched his Top-10 total from all of last season.

Dillon’s sixth-place finish Sunday not only tied his career-best in the series but he was also the top finishing Chevrolet driver in the season opener. Not bad considering he was also caught up in two of the three accidents in the race’s final 13 laps.

“I had a blast,” Dillon said after Sunday’s race. “What a great way to start our year with our GEICO Camaro. I’m really proud to be the top finishing Chevy at the very first race of the year.

“This is going to be a good year for us and we’re proud of what we’re doing.”

The strong start is important for the 26-year-old, particularly after a difficult 2018 season that saw his only Top-10 finish (also a sixth-place effort) come at last season’s July Daytona race.

With the debut of NASCAR’s new aero package coming next in this weekend’s race at Atlanta Motor Speedway, Dillon hopes Sunday’s performance is the start of strong season ahead.

“A successful Daytona 500 can set the tone for the rest of the year. It definitely gets the team pumped up and excited to start the new season,” he said. “

“Atlanta is obviously very different from Daytona, so there’s nothing that we can take from one track to the other. But, positive momentum is so important, and we have that.”

“We know that mile-and-a-half tracks are where we struggled last year, and this team has been working hard for months to improve our intermediate track program,” he said. “I’m looking forward to unloading in Atlanta and watching their hard work pay off.”

NASCAR Roundtable: Was successful 500 a sign of things to come?