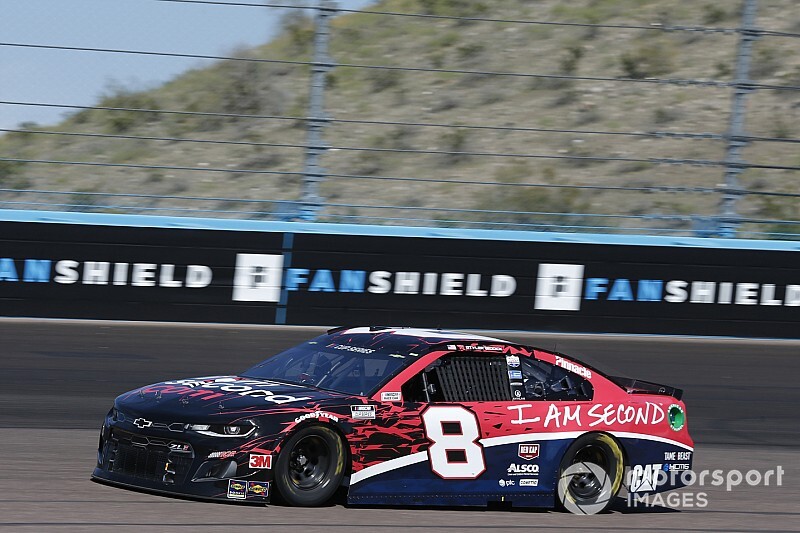 Tyler Reddick may not have gotten the result he deserved Sunday at Phoenix Raceway, but he certainly turned some heads.

Reddick, coming off an 11th-place finish at Auto Club Speedway last weekend, continued to shine as the top rookie for most of the race at Phoenix.

The two-time NASCAR Xfinity Series champion finished ninth in the first stage before improving to fourth in the second stage.

He was able to briefly work his way up to second-place on a restart before a bobble sent him to the backend of the top-ten. He fell further back after a two-tire call didn't quite work out, but remained quick.

On Lap 264 while trying to work his way back through the field, his race ended abruptly with a tire puncture, sending the No. 8 Richard Childress Racing Chevrolet careening into the outside wall. Reddick finished 33rd.

"Well, we lost a tire there in (Turns) 1 and 2," he explained. "I really don't know what led to that. I don't know if I just caught something on the race track or it just wasn't meant to be. Our I Am Second Chevrolet was really, really good today. I just made a couple of mistakes there that cost us track position. I don't know if that's what ultimately would have kept us from cutting a tire, but we were in really good shape there and I just made a rookie mistake and fell back to the back half of the top 10 and from there we had our flat tire, and that was the end of our day unfortunately."

“I lost some track position there. I was trying to get a little bit of room in a tough, three-wide situation. We put tires on and re-racked them after that. I don’t know if we just caught something on the race track, a piece of debris. With this traction compound, debris blows up to the wall and it seems like it’s sticky up there. So, some of the stuff that falls off these cars might be sticking to the track too. I don’t know if that’s what did it or not and it’s going to be really hard to say."

He also posted the following message on Twitter after the race:

Reddick lost two positions in the championship standings, falling to 25th after his second DNF in the first four races.

Kevin Harvick on second at Phoenix: "Our (car) was better"