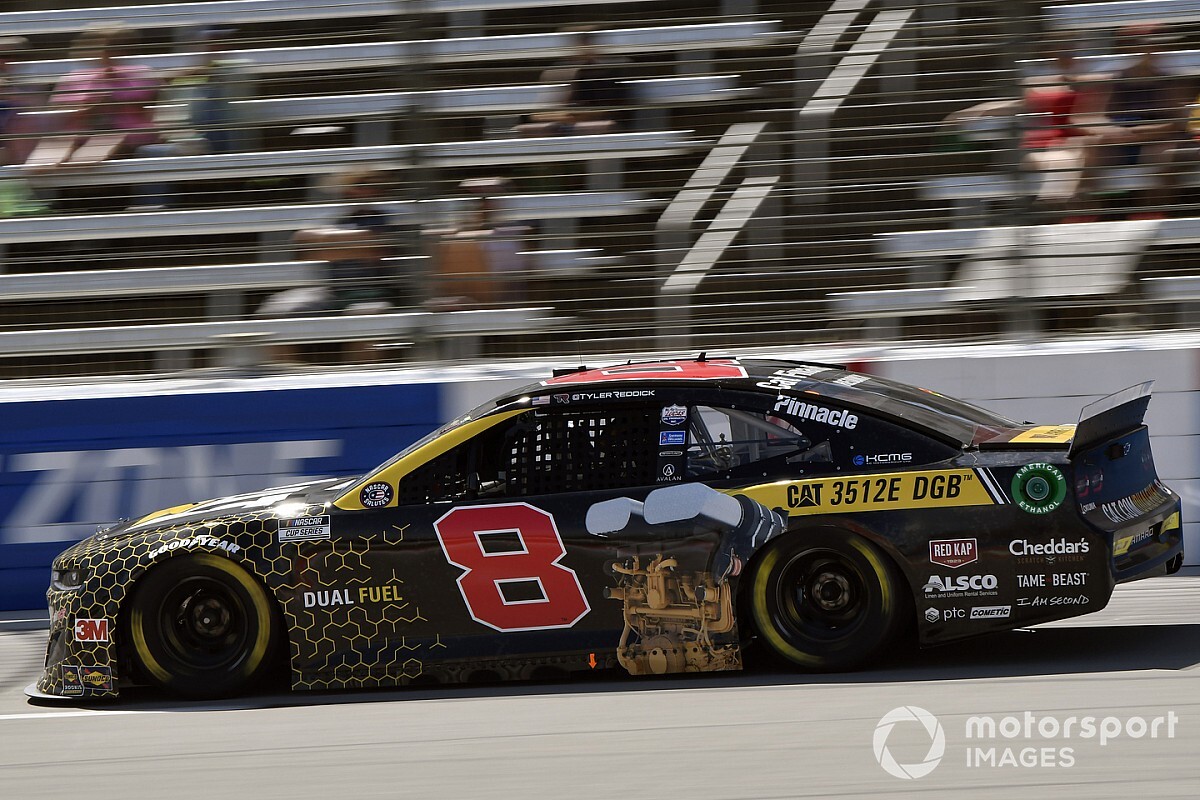 Despite “the odds kind of stacked against you,” Tyler Reddick was in position at Texas for a second consecutive rookie upset.

Thanks to a late-race caution in the middle of green-flag pit stops, Reddick and his No. 8 Richard Childress Racing team used a fuel-only gamble to grab the lead on Lap 308 of 334 at Texas Motor Speedway.

There would still be three restarts before the conclusion of the race and each became a battle with his RCR teammate, Austin Dillon, before Dillon eventually secured the victory.

“For us, to race against my teammate, as much as it’s my responsibility to win for this (team), I don’t want to take a win opportunity away from either RCR car,” Reddick, 24, said. “Just trying to race as hard as I can without getting the No. 3 in a position where he lifts, slides up, makes me lift, the cars behind us have an opportunity there to win that race.

“I just tried to do it as best as I could. I’m not going to lie, he did a really good job in the restart zone of keeping me from getting into a rhythm, being able to work with (Kyle Busch) behind us, who is one of the best.

“A lot of these restarts throughout the year, we’ve been in mid-pack, we haven’t had the opportunity to play with that on the front row. Just came down to that launch. That’s something that I didn’t do a great job of during the last couple restarts.”

Closing in on a playoff spot

Even without the victory, the strong performance Sunday (he also earned stage points in Stage 1) allowed Reddick close in on a possible playoff berth.

He was 42 points out of the final spot entering the race and now sits 14 points behind Jimmie Johnson, who would be last of 16 drivers in if the playoffs started now.

Eight races remain before the 16-driver field is finalized, plenty of time for Reddick to make up that difference particularly if he and his team continued to perform well.

“It’s been really difficult. I mean, last two races I’ve drawn the 24th starting position. It makes it really hard to get that track position,” Reddick said. “The pit stall you get isn’t the greatest. The odds are kind of stacked against you at the beginning of the day.

“The guys that are in the top 12 in points, they draw pits from the race before. They get the track position at the beginning. It helps them get the race going. If your car is off a little bit, you make a small mistake, it can really upset the outcome of your race in general.”

The difference Sunday was Dillon and Reddick’s ability to gain track position thanks to the timing of the caution during final green-flag pit stops.

“Austin and I had good pace on our cars when we had track position,” he said. “That’s the name of the game at tracks like that that are repaves, have a little bit of age, but the tire falloff isn't quite there.

“We’ve been looking for validation for a long time, what’s the right way to go, which direction we need to take our cars and team. It’s been really hard to search and find that with how much the track position plays into the handling of your vehicle.

“Today we saw the capability of both of these cars."

Ryan Blaney: "I think that things will eventually go our way"

Clint Bowyer: Daytona road course "a crapshoot for everybody"