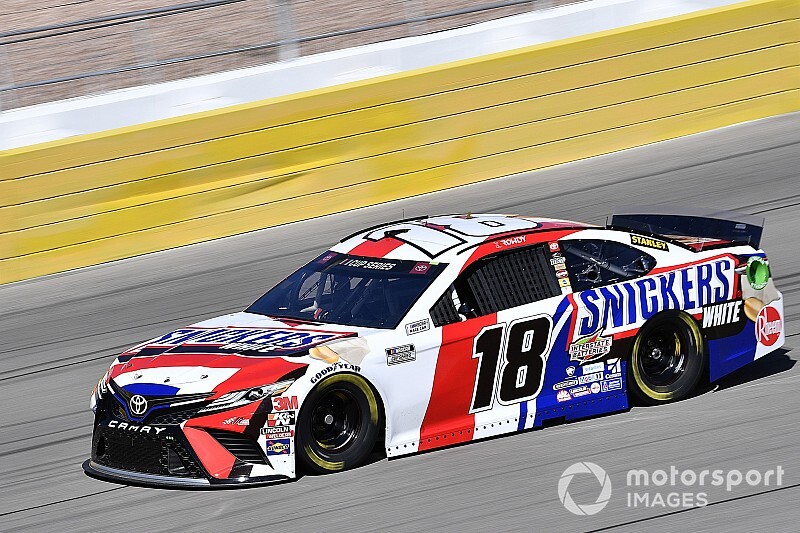 Kyle Busch has – for now – one more advantage as the reigning NASCAR Cup Series champion – getting the first starting spot when qualifying is rained out.

Persistent rain on Saturday canceled Cup series qualifying, and since its only the second race of the 2020 season, the starting lineup for Sunday’s Pennzoil 400 is set primarily by 2019 owner points.

That puts Busch – a Las Vegas native – on the pole for Sunday’s race. He’s already won twice this weekend in his hometown, winning a Super Late Model race on Thursday night and the NASCAR Truck Series race on Friday night.

“You want to win any weekend, but especially when it’s in your hometown and you remember this track being built from the ground up and the hole being dug in which it sits right now,” Busch said. “I was able to win in the Truck Series and Xfinity Series there last year and hope we can keep the momentum from last year and win again and, of course, win the Cup race, as well.

“I’ve just never been (able to win) on the newer surface. On the old surface, I’d finish second or third every time I went there. It would certainly be special to close it out and to win a triple in your hometown. That would be pretty awesome.”

Logano won this race a year ago.

The lineup when the race goes green on Sunday could change, however. Several Toyota teams – including Busch – were penalized practice time Friday when NASCAR found they had manipulated their manufacturer-designed fenders.

In a news conference on Friday, Busch indicated the teams may also have to drop to the rear of the field prior to Sunday’s race.

The No. 9 has failed pre-qualifying inspection twice at Las Vegas. The car chief has been ejected and the team will lose 15 minutes of practice time at Fontana.