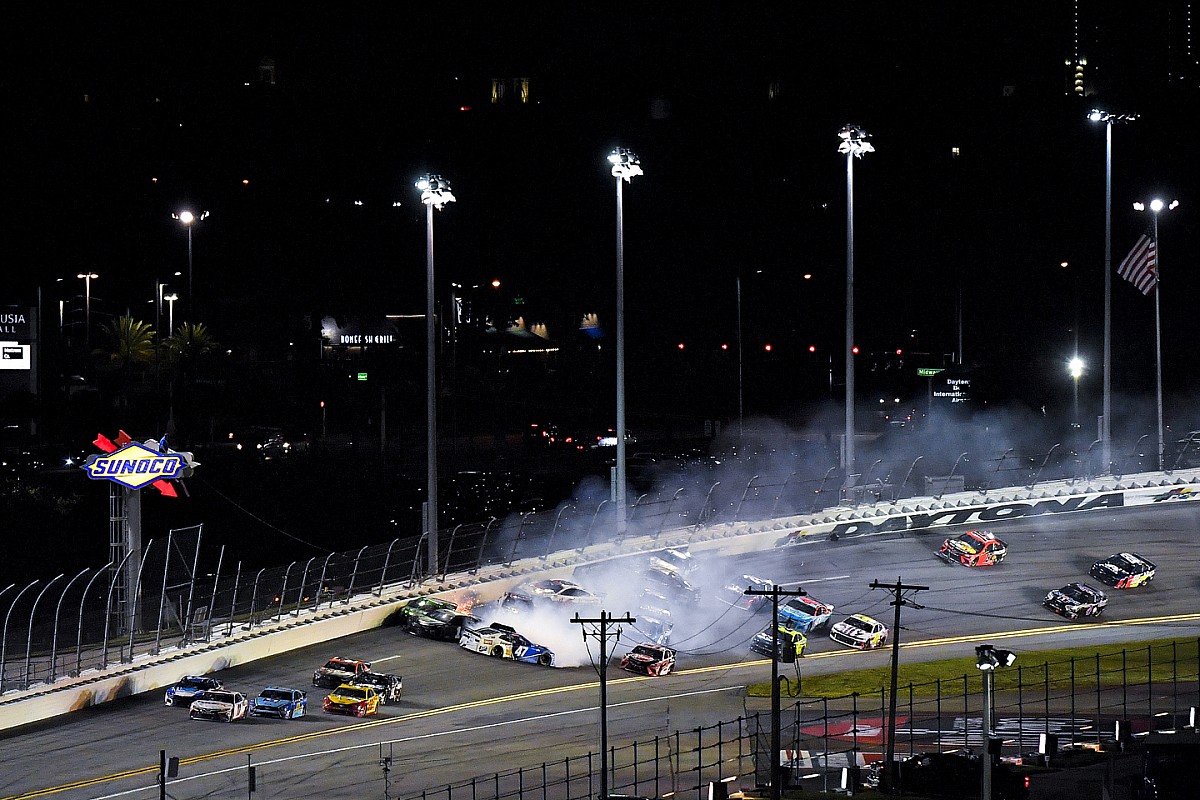 Tyler Reddick was the at the center of controversy Saturday night after an aggressive move to take the race lead ending in carnage.

Reddick, a rookie in the NASCAR Cup Series, was on the outside of the playoffs entering the regular season finale at Daytona International Speedway.

But with a possible playoff berth on the line, aggression got the best of the 24-year-old racer and the field paid for it. He tried to clear Kyle Busch for the race lead, but both got into the wall and several cars got swept up in the crash that followed.

10 cars were collected in the first 'Big One' of the 400-mile race. Reddick was able to carry on, only to crash out in another incident not of his own making soon after. Ryan Newman and Erik Jones were among the drivers eliminated in the Lap 153 accident and neither had anything nice to say about Reddick.

Reddick's night ended seven laps later when he was swept up in the second big crash of the night, which also ended Jimmie Johnson's playoff hopes. Reddick offered an apology for his part in the first incident after being released from the infield care center.