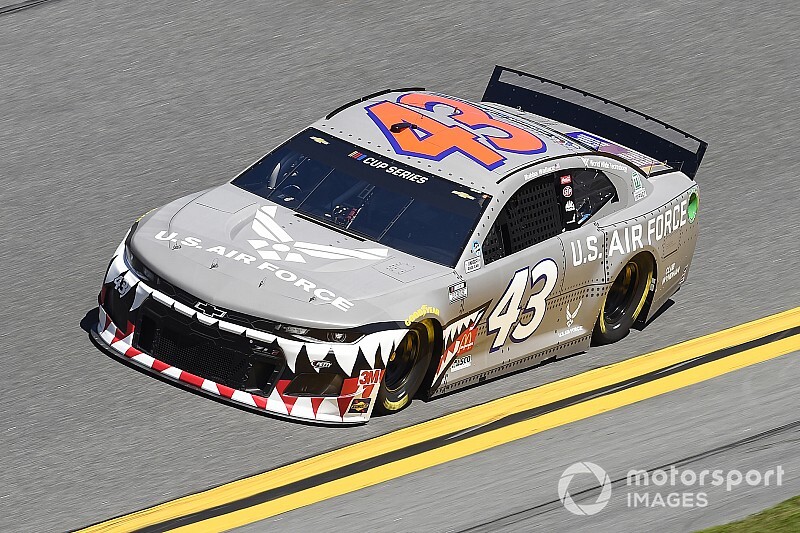 About eight minutes into the session, Keselowski side-swiped a fence barricade by the exit gate of the garage and did extensive damage to the right-side of his No. 2 Ford. Keselowski said he was caught off-guard by a car slowing in front of him.

Keselowski never completed a lap in the session before bringing his No. 2 car back to the garage, where his team worked feverishly on repairing it so he did not have to move to a backup car.

Wallace ended up leading the session with a lap at 196.172 mph. Cole Custer was second (196.108 mph) and John Hunter Nemechek was third (196.039 mph). Alex Bowman was fourth and Jimmie Johnson completed the top-five.

Although there were some cars drafting, more drivers elected to do single-car runs in the second session in preparation for Sunday’s qualifying.