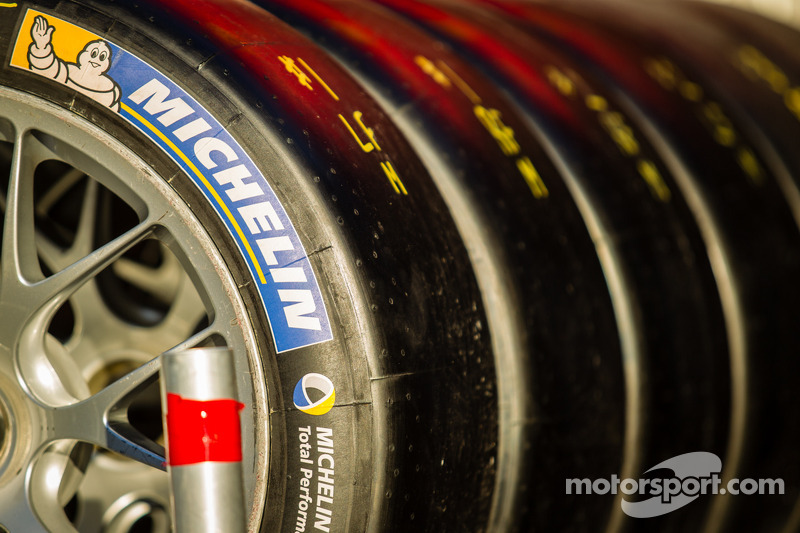 Is Michelin looking to expand its partnership in NASCAR?

Just days after several Sprint Cup champion contenders had issues with where the rubber meets the road in Richmond, NASCAR officials met with representatives from Michelin at the R&D Center in Concord, N.C.

The timing of the Tuesday meeting is coincidental considering the rash of failures experienced by competitors in both the Nationwide and Sprint Cup Series last weekend.

According to a Michelin source, however, it was a "mid-level meeting" that was scheduled before the Richmond race.

"It was generally a get-acquainted and get-familiar with the tech center, and some relationship building," said the source. It likely also involved some regional and "grassroots" possibilities that could involve NASCAR and Michelin to partner.

"We meet with manufacturers and representatives from throughout the industry on a regular basis," Tharp said. "This meeting has been scheduled for quite some time and today's meeting was focused on our touring and regional series."

Michelin already supplies tires for the NASCAR Europe series, and also is a supplier for the TUDOR United SportsCar Championship's GT-Le Mans class. The TUDOR Championship is the NASCAR-controlled sports car series that was formed by combining Grand-Am and the American Le Mans Series.

The other three classes in the TUDOR Championship have Continental as the lone supplier. The GT-Le Mans series competitors can run whatever tire brand they choose. At the 24 Hours of Daytona, the tire of choice was Michelin. At the 12 Hours of Sebring, the only team that did not run Michelins was the Falken Tire-sponsored car.

The French-based company sponsored the Michelin 100 in Tours, where Ben Kennedy won his first NASCAR race in the Euro-Racecar Series in 2012 – the first NASCAR-sanctioned oval race in Europe. Michelin North America is based Greenville, S.C., about 100 miles south of NASCAR’s Research and Development Center.

Michelin reportedly is interested in bidding against Continental when the TUDOR Championship rights expire. Continental renegotiated its contract following the merger of the series and is in the first season of a multi-year deal. The exclusive Goodyear contract with NASCAR's top three touring series, including Sprint Cup, runs through 2017.