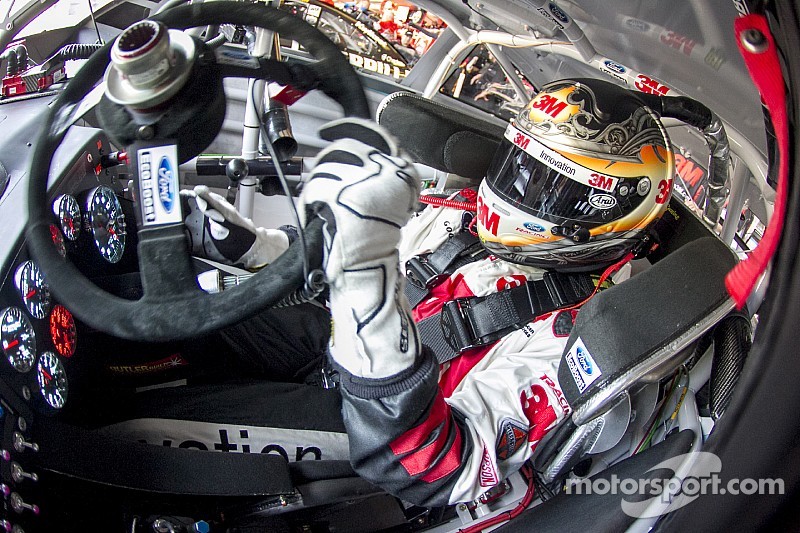 CONCORD, N.C.  - When Dale Earnhardt Jr.’s steering wheel broke on him during practice at Dover International Speedway, it seemed unusual.

While checking with the team about the wheel, the No. 88 crew had already replaced the broken prototype from a new manufacturer with a tried-and-true MOMO wheel featured in the tweet below.

MOMO Automotive Accessories was quick to point out that the wheel that failed was not theirs.

Currently, there are a variety of wheels being used in NASCAR. MOMO, which entered the stock car market seven years ago, debuted in Formula One Racing a half-century ago. The Italian-based manufacturer, which has sold millions of steering wheels since the company’s inception, has yet to experience a failure in NASCAR, according to MOMO’s CP Denis.

It depends on the amount of carbon you introduce into the iron (that makes) the steel more or less brittle or lighter.

“In the last seven years, MOMO has perfected the metallic compound it uses in the NASCAR steering wheels,” Denis said. “As you know, the steering wheels are made of steel, which is a combination of iron ore and carbon. It depends on the amount of carbon you introduce into the iron (that makes) the steel more or less brittle or lighter.

“It’s a fine line producing the correct steel to make the product. MOMO initially did some steel steering wheels 50 years and they moved into aluminum-spoked steering wheels with steel circumference frames."

Since MOMO’s introduction in NASCAR when Jimmie Johnson received the first stock car steering wheel in 2007, more than 1,500 wheels have been sold to that market without issue. For the NASCAR market, we use steel spoked steering wheels along with steel circumference rings.”

Despite requests from teams to lighten the current wheel, Denis insists that MOMO refused to change the manufacturing process in any way which would compromise the integrity of the wheels. Some crews and drivers have noticed that certain wheels have a tendency to bend in the normal course of moving cars throughout the garage. In many cases, teams now use separate wheels for maneuvering the cars from the garages through inspection as not to compromise the driver’s own steering wheels.

One crew man said some wheels are replaced every five to six races. Denis has reports of MOMO wheels lasting 10 to 12 seasons with drivers simply needing to brush the suede wrap on the wheel to freshen the feel.

You’re taking your life and your car into your hands because you want a lighter steering wheel but we’re not sure it’s going to last as long as you want it to last?

“It’s a safety device that you’re talking about,” Denis said. “Suits and gloves and boots at the highest level have a lifespan that after a certain amount of time you’re expected to replace them. It’s hard to say that you’re going to do that with a steering wheel when you’re not 100 percent sure of the life span of the product.

Johnson currently doesn’t “have a big preference” when it comes to his steering wheels. But he understands that lighter is better theory “from a team perspective.”

At the end of the day, the team is really looking for the lightest wheel and that’s what has driven us to where we are today with our steering wheel.

“When I was racing off-road trucks, we used a real cool-looking wheel,” Johnson said. “It was small. And then I came here and got this big old wheel that looked like it came out of a school bus. Some wheels have come along lately that look cool and are lighter and smaller and there’s like a visual reference there that I’m into, but I’ve not pushed back on my team and said that I had to have a certain wheel.

“At the end of the day, the team is really looking for the lightest wheel and that’s what has driven us to where we are today with our steering wheel.”

Steering wheels vary dramatically depending on the style of racing. Denis refers to the compact F1 wheels into “multi-functional joysticks, where it’s sort of a computer module that’s incased in carbon fiber”. Because the F1 wheels are more compact, Denis says “they are able to make them a lot stronger” because the carbon isn’t spread out over a larger diameter such as the stock car wheels.

MOMO is in the process of submitting its three current wheels for submission to NASCAR for the 2015 season.

Driver preference determines the size of the wheels used by NASCAR drivers. MOMO currently offers wheels from 14 to 16 inches. For some drivers the circumference also changes depending on the type of venue the series is racing at.

“We’re seeing more of an evolution of steering wheel choice depending on the track that the driver is going to,” Denis adds. “When they’re going to road courses they’re beginning to use smaller steering wheels because of the reaction time you need to catch the car when it’s pushing or getting loose. The smaller wheel allows you to catch the car sooner.”

That appeals to AJ Allmendinger, who won the last road course race at Watkins Glen in August, . Coming from CART, Dinger noticed a huge difference in the wheels when he arrived at NASCAR in 2006. Two years later, while filling in at Michael Waltrip Racing at Charlotte, he discovered a MOMO wheel in the car and has been an advocate ever since.

When I first came to Cup, they had the Mark Martin wheels in there that made you look like you were driving semi-truck.

“I liked the MOMO’s because they were a smaller diameter wheel,” Allmendinger said. “When I first came to Cup, they had the Mark Martin wheels in there that made you look like you were driving semi-truck. I had come from open wheel where the wheels were smaller. I didn’t know anything different until I did that one race with Waltrip and I saw the steering wheel in there and I loved it. Then I went to Gillett Evernham and when I did those five races, I asked if they would get me one of those and I’ve been on them ever since.”

A first time for everything

Allmendinger had never heard of a steering wheel breaking before – neither had Johnson but he checked out the one from the No. 88 car where the spoke separated from the wheel.

“Yeah, I heard about it and saw the steering wheel,” Johnson said. “It had to be an exciting corner when that all went wrong (laughs).

Dale Earnhardt Jr.: Pressure’s off after calamity in Kansas