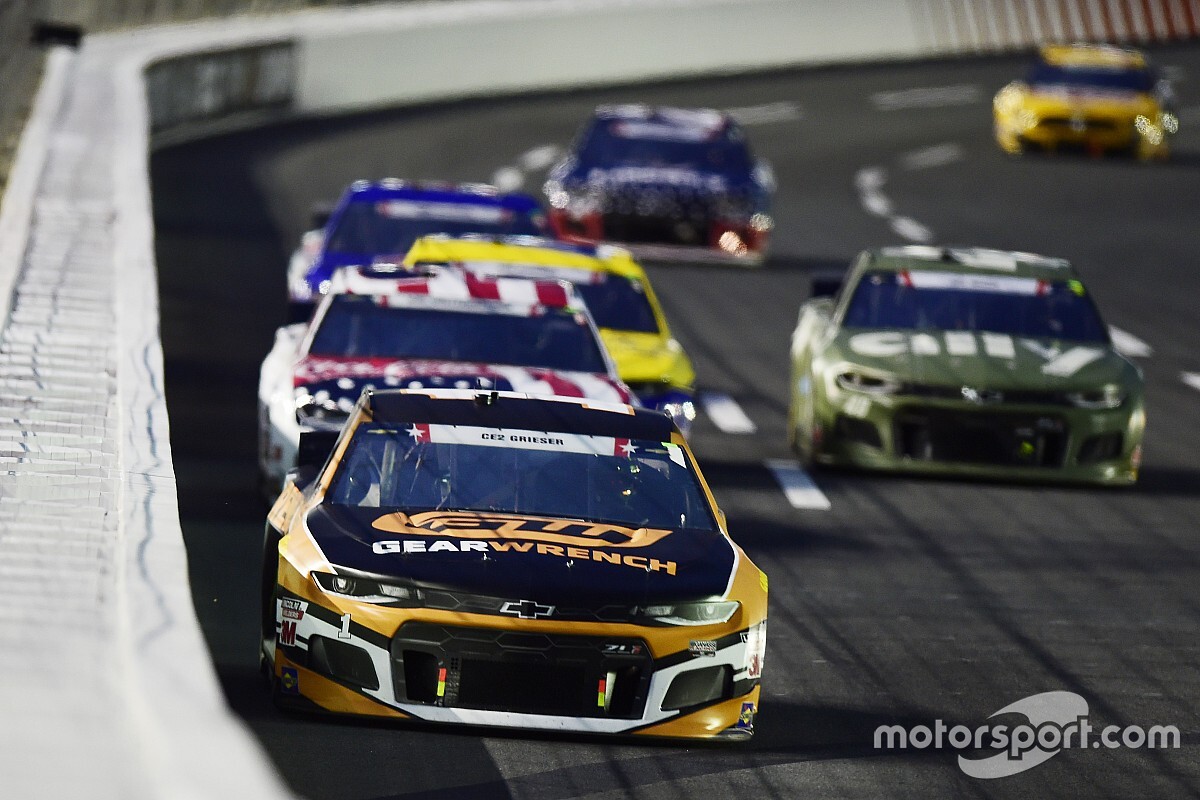 NASCAR's four consecutive days at Charlotte (N.C.) Motor Speedway concludes with a 500km (310 mile) race Wednesday evening. Here's what time it's running and how to watch the event.

What time is the NASCAR race tonight?

The event was postponed due to persistent rain showers Wednesday and has been rescheduled for 7 p.m. EST. Thursday. Additionally, he Xfinity Series race at Bristol will move from Saturday afternoon to Monday at 7 p.m. ET. Under social distancing guidelines, TV can't turn around broadcast equipment and crews as quickly.

This will conclude a week with four races at CMS, which started with NASCAR's longest race -- the Coca Cola 600, won by Brad Keselowski. Jimmie Johnson finished second, but was later disqualified after failing post-race inspection.

Denny Hamlin has also been handed a significant penalty after ballast fell out of his car during the pace laps for the 600. His crew chief, car chief and engineer have all be been suspended for the next four Cup races.

On Monday, Kyle Busch pulled off a last-lap pass on Austin Cindric to win the Xfinity Series race. But on Tuesday, Busch's impressive win streak in the Truck Series (which dates back to 2018) ended with a second-place finish as Chase Elliott collected the $100,000 bounty for any Cup driver who could end his dominance.

What channel is the NASCAR race tonight?

The race will be broadcasted live on Fox Sports 1, and will remain on FS1 despite the rain delay. PRN will carry the radio broadcast.

It will be NASCAR's second consecutive week with a midweek Cup race. The lineup is based on a field invert from the results of the Coke 600. William Byron, who finished 20th, will start from pole.

This race is a makeup date for the races that lost their races due to the COVID-19 pandemic, which forced NASCAR to suspend their season for two months. Charlotte will join Darlington Raceway as just the second track since 1981 to hold three Cup races in a single year.

The budding rivalry between Kyle Busch and Chase Elliott continued this week. The two drivers came together at Darlington Raceway in what Busch called a mistake and Elliott offered the one finger salute after emerging from his torn up race car. Busch had a conversation with Elliott's crew chief Alan Gustafson following the race about the run-in.

On Tuesday, Elliott entered a Truck Series race with the goal of collecting the $100,000 offered to any full-time Cup driver who could end Busch's reign of dominance in the series. Elliott was successful, beating Busch by just under a second and capturing the checkered flag. Post-race, he mimicked Busch's signature bow which Busch later called 'cute' in a media teleconference.

Could this be the beginnings of a true rivalry between NASCAR's Most Popular Driver and the most controversial?