What to watch for in the Sprint Unlimited 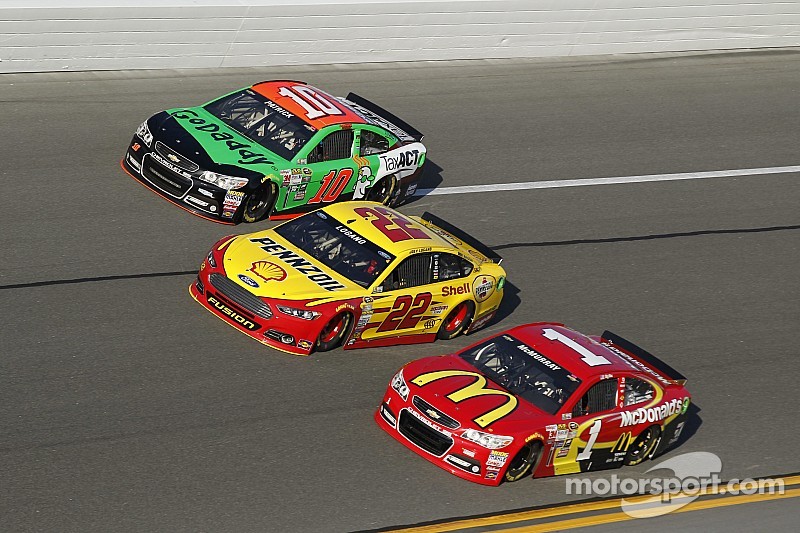 After nearly three months of waiting, NASCAR season is officially upon us this weekend as 25 drivers prepare to do battle in the Sprint Unlimited on Saturday night.

A new year brings new rules to the Sprint Cup Series, and the Sprint Unlimited is not impervious to that fact.

With a variety of changes being made to the first exhibition race of the season and to the Sprint Cup Series itself, here are a few notable things (and a few recurring storylines) to keep an eye on on Saturday night.

NASCAR’s ban on private and pre-season testing wiped the traditional Preseason Thunder testing sessions at Daytona off of the schedule, making the Sprint Unlimited race weekend the first that competitors are allowed to run at speed on the 2.5-mile superspeedway.

The 25 drivers that will compete in the 75-lap exhibition will get a jumpstart on the rest of the field on filling their notebook on what can and can’t do with their cars whilst in the draft. The restrictor plate package may not have drastically changed for this year, however, the on-track product is constantly evolving and teams are seemingly always making new discoveries with the car.

With a 25-lap segment and a 50-lap segment making up the race, drivers will have plenty of time to test out what racing moves they can pull off ahead of next week’s Daytona 500.

Five Toyota drivers - Clint Bowyer, Kyle Busch, Carl Edwards, Denny Hamlin and Matt Kenneth - have been entered for the Unlimited and will have the opportunity to test the manufacturer’s redesigned Camry out in a race setting.

Unlike the Gen-6 car’s predecessor, the Car of Tomorrow (CoT), manufacturers have been able to design their cars more closely to their street legal counterparts. With that, the Ford Fusion, Chevrolet SS, and Toyota Camry models used in the Sprint Cup Series each had their own unique characteristics on their respective bodywork but still adhered to a basic template (compare that to the CoT, where the only true difference between the manufacturers was the decals on the body.)

Toyotas were the class of the field in last year’s Unlimited with Busch and Hamlin combining to lead 33 laps with Hamlin going on to win the race. The old Toyota Camry Gen-6 body proved that it didn’t merely fluke its way to an Unlimited win as it swept the Budweiser Duels with Hamlin and Kenseth and went to victory lane with Hamlin at Talladega in the Aaron’s 499.

With the new facelift for the Camry, the five Toyota drivers that will take the green flag for Saturday night’s exhibition have an opportunity to show that their brand new car is just as capable of winning on the restrictor plate tracks as their old car was.

Just how far will the drivers push it?

It’s a common storyline with restrictor plate races - drivers trying to find the line between ‘too aggressive’ and ‘too conservative.’

The objective for Saturday night’s race is simple (and rather obvious) - win. But, with some teams needing to preserve cars for the Daytona 500 (while some teams prepare cars strictly for the Unlimited), some drivers may not take as many high-risk chances as some of their fellow competitors throughout the race.

Taking a look at the individual winnings of each driver in last year’s running of the race, Hamlin took home just over $200,000 while second-place on back took home less than $100,000. With the cost of a sixth-generation Sprint Cup vehicle being estimated at over a quarter-million dollars, the risk of running the race outweighs the potential reward. Given that, some drivers and teams have opted out of running this year’s Unlimited with drivers such as Brian Scott, David Gilliland, and A.J. Allmendinger being pulled from the race for non-medical reasons.

Despite that, there certainly will be many drivers who will go all out for the win on Saturday night and another thrilling Sprint Unlimited finish is likely to be had for spectators.

In the 36-year history of the Sprint Unlimited, the winner of the event has only gone on to win the Daytona 500 five times. Bobby Allison was the first to pull off the Unlimited/500 double in 1982 while Bill Elliott accomplished the same feat in 1987. Dale Jarrett and Jeff Gordon both respectively pulled the double off in 1996 and 1997 with Jarrett winning both races again in 2000, the last time the feat was done.

If you’re looking for a Daytona 500 favorite, using the Sprint Unlimited as the benchmark for a driver’s likely 500 success may not be the best way of going about making your pick for the race.