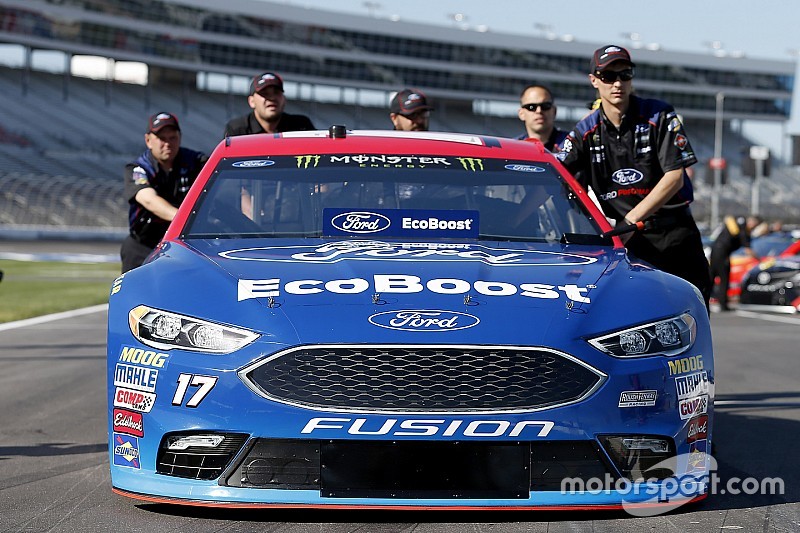 It’s no secret Roush Fenway Racing hasn’t been as competitive in the Monster Energy NASCAR Cup Series since veterans Matt Kenseth, Carl Edwards and Greg Biffle all left the organization since 2013.

Kenseth and Edwards both left for other teams (Edwards has since left the series) while Biffle left the series at the end of last season. Together they accounted for one Cup series championship and a lot of victories.

Roush’s last win in the Cup series came with Edwards in Sonoma, Calif., in 2014.

One of Roush’s current drivers in the Cup series, Ricky Stenhouse Jr., thinks those drivers departures “took the wind out of the sails” of many who work at the organization.

“I feel like right now we have a lot of people in the shop that really support us as drivers that are there now – Cup and Xfinity, both. Both sides are seeing a big benefit right now.”

Through seven races, both Stenhouse and his teammate on the Cup side, Trevor Bayne, have shown marked improvement.

Stenhouse is 19th in the series standings, with one top-five and two top-10 finishes and heading to Bristol (Tenn.) Motor Speedway next weekend, where he’s recorded his career-best Cup finish.

Bayne is 12th in the series standings, with one top-10 finish in seven races but five finishes of 13th or higher.

Even on the Xfinity side, Ryan Reed won the series opener at Daytona and sits third in the series standings while teammate Darrell Wallace Jr. is a career-best tying fourth this far into the season.

“Xfinity has been running a lot more consistently up front than they have in the last couple of years and our Cup cars are most consistent,” Stenhouse said.

An opportunity for either Cup driver to compete for the series championship this season is “far more realistic,” Stenhouse said.

“It’s going to be tough. Somebody like (Ryan) Newman getting a win at Phoenix takes one of those points spots away that you really weren’t counting on,” he said. “Right now, what we’re focused on for us, is stage points.

“We finished 10th (at Martinsville) but didn’t get any stage points. We need to run more consistent up front in order get more stage points. Our end results aren’t bad but we need to make sure we qualify better and maintain that throughout the race.”

Erik Jones isn't driving like a rookie in debut season

Does victory await Clint Bowyer at Bristol this weekend?