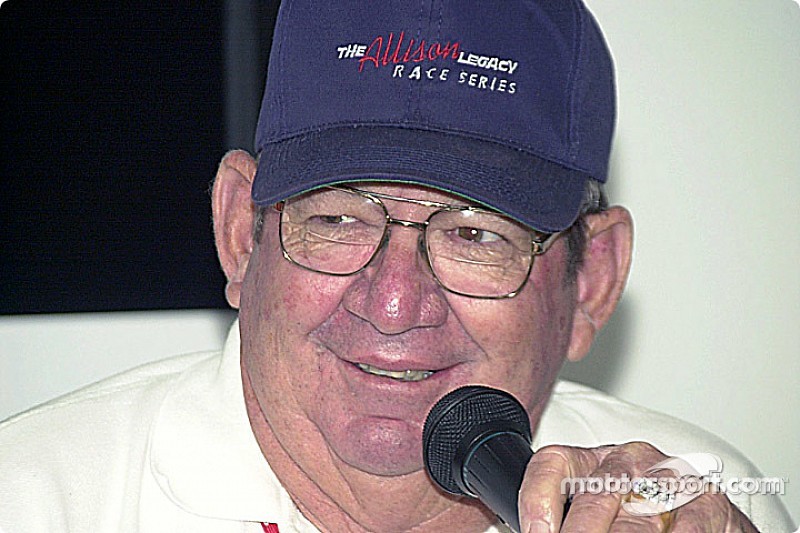 Not many drivers can claim a resume that includes winning races and rookie of the year honors at the highest level of NASCAR, also winning the top rookie award in the Indianapolis 500, being a part of one of the most famous moments in NASCAR history and still making an impact in racing today. But then again, not many people are like Donnie Allison.

As he prepared to head down to Daytona International Speedway, Allison spent some time with Motorsport.com to let fans know what he’s up to these days.

Allison just returned from the 2017 NASCAR cruise and was ready to talk about what he’s been up to and his plans moving forward.

While he and his brother, Bobby, are best known with his late nephew Davey Allison along with the late Neil Bonnett and Red Farmer as part of the ‘Alabama Gang’, the Allison brothers were actually born and raised in Miami, Florida. They got their start racing at tracks throughout south Florida, including the old Hialeah Speedway.

He and Bobby were fierce rivals on the track and most of the time kept their emotions in check, but there were times he and Bobby didn’t see eye to eye.

“We always raced each other hard and we came close to fighting a few times but we never did,” Allison said. “One time we were pretty mad at each other and our crew guys were upset too, but daddy told us he didn’t raise us that way and we stopped arguing from that point on.”

From there, they moved to Hueytown, Alabama and the rest as they say is history.

Once Donnie and his brother moved to Alabama they started racing at short tracks throughout state and eventually moved up to Grand National (now known as the Monster Energy NASCAR Cup) Series.

Donnie started competing in the series in 1966 and won rookie of the year honors in 1967 with four top-five and seven top-10 finishes in 20 starts.

He would pick up his first of 10 career victories in NASCAR’s top division in 1968 at Rockingham Speedway.

While running stock cars, he also competed from time to time in super modifieds and on many dirt tracks earlier in his career.

The call to race at Indianapolis

After driving super modifieds he thought the difference in driving a stock car to an Indy car wouldn’t be too difficult for him.

“It wasn’t a drastic change for me but you could tell the difference in the horsepower and weight ratio of the Indy cars,” he added. “The downforce was so much more you had to back off in the corners.”

Allison would finish fourth in the race on the lead lap and would also start the 1971 race at the historic track finishing sixth.

“I talked to A.J. (Foyt) that year at Daytona and talked him in to putting me in a car,” Allison said. “I wrecked the car in practice and they fixed it and I was faster than before the accident in 1970.”

That weekend was a great weekend as Allison was one of the first to compete in ‘The Double’ in 1970 finishing fourth at Indianapolis on Saturday, May 23, 1970 and coming to Charlotte and winning the World 600 at Charlotte Motor Speedway the next day.

“We had a good weekend that year for sure,” Allison said as he won the 600 by two laps over second-place Cale Yarborough.

A fateful day in Daytona

Allison was driving in 1979 for Hoss Ellington and after having come close two other times in winning the Daytona 500, Allison felt he had as good a chance as any in the race.

As it’s been widely noted, this was the first live flag-to-flag race to be shown on television and Allison was ready to put on a show for the fans and viewers.

He started on the outside of the front row along the late Buddy Baker and was involved in an early accident that appeared to end his chances for the win on Lap 31 when he his brother and Yarborough all slid off the track and into the wet grass.

Donnie lost one lap while Bobby and Cale both went down two laps. All three would recover and set up one of the most famous race finishes and post-race incidents in the history of NASCAR.

“It’s hard to be remembered for a wreck instead of a win in that race,” said Allison. “That was the third time I should have won that race and I wasn’t proud of that wreck. I know we had a great car and we were coming around on the final lap and that is when things happened.”

Although the result wasn’t what he wanted, he knows that he will forever be a part of NASCAR history because of that day in Daytona.

“To this day I think that’s the most replayed race highlight in the history of NASCAR and I know every year since then that replay has been shown as a part of Speedweeks in Daytona,” he added. “At least I know I’ll never be forgotten.”

After Daytona and the Accident

Allison continued to race in NASCAR and returned to Charlotte in 1981 to run the World 600 when he was involved in a hard crash that injured Allison severely.

“I was 42 when I got hurt at Charlotte and it was a bad accident,” Allison recalled. “It was the toughest thing I’ve ever been through and I didn’t know if I would ever get a chance to get back in a race car again.”

Allison did recover, but he only made 12 more starts in his career before retiring from Cup competition in 1988.

Allison did score three top-10 finishes after his accident, but he wasn’t able to secure a top ride again and decided to retire.

The next chapter in life

After he retired, Allison teamed up with his sons – twins Ronald and Donald, and Kenny to former the Allison Legacy Series.

“Pat (Donnie’s wife of 55 years) runs the office and keeps the books on the series and the boys work on the cars and run the races,” Allison added. “We all love racing and enjoy what we do each year.”

The series features ¾-scale replicas of Cup cars that compete in short tracks throughout the country. The series has featured former competitors such as current Monster Energy NASCAR Cup Series competitors Trevor Bayne and Regan Smith.

“I’m really proud of my boys and they have worked hard and have made this a great series for young drivers to compete in and we’ve been doing it for a while now,” Allison said. “They’re all working hard to get ready for another season and the boys are responsible for the success of the series.”

Allison looks back on his career and is proud of his accomplishments.

“I just want to be remembered as a hard-nosed competitor who always raced hard every time I was on the track,” Allison said. “I did the best I could in the equipment I was in and I was proud of the wins I got in my career.”

Allison never competed full-time in the top division of NASCAR often racing in several different series during a season. The most starts he ever made in a NASCAR Cup season were 21 during a 30-race schedule in 1974.

Allison was always fortunate to have fans pulling for him throughout his entire career.

“I really appreciate all the support of the fans through the years,” he said. “As part of the Alabama Gang we had a loyal legion of fans who supported all of us for years and that was always appreciated.”

He also has some advice for new fans of the sport.

“The racing is as good as it’s ever been and keep supporting racing and the drivers,” he added.

Patrick: “I have never felt pressure as a female" to perform in NASCAR