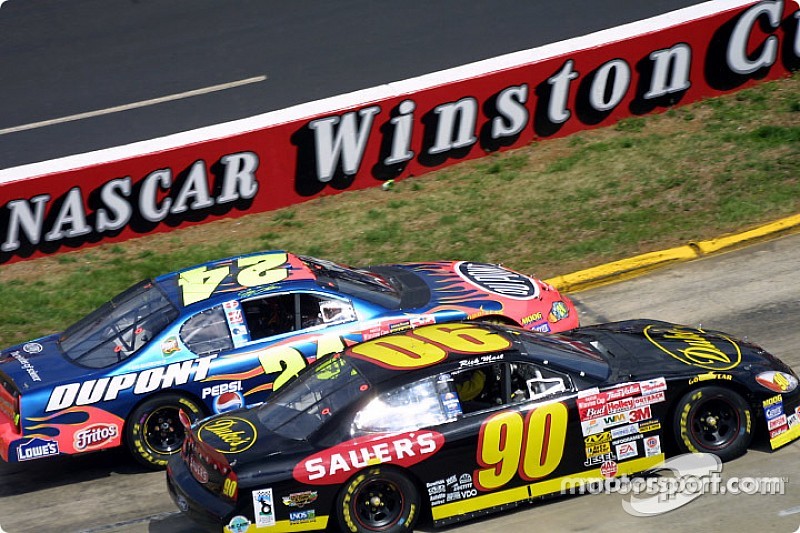 The popular Virginian made quite an impact in NASCAR despite having opportunity behind the wheel cut short due to medical issues.

Rick Mast was one of the more popular drivers to longtime NASCAR fans throughout the 1990’s and early 2000’s.

Mast, from the tiny town of Rockbridge Baths, Virginia, was known for his loyalty and dedication. He enjoyed a solid career in NASCAR’s top two national series before an illness cut his driving career short in 2002.

Motorsport.com recently caught up with Mast to talk about his career and what consumes him after hanging up his driving gloves over a decade ago.

Mast’s career spanned 15 seasons driving for several different teams. He cut his teeth in the NASCAR Xfinity Series then contributed to the history of the Monster Energy NASCAR Cup Series in 1994.

Mast grew up in a racing family and was around it his entire life. After he won races throughout his home state in Virginia, Mast moved up to what was then known as the NASCAR Busch Series in 1982 finishing third in his first career start in the series at the old Richmond Fairgrounds Raceway.

Mast enjoyed success in the series scoring nine wins, 39 top-five and 95 top-10 finishes in 243 starts in NASCAR’s No. 2 series.

Mast drove for a total of 12 car owners during his career reaching most of his success in Cup racing driving for Richard Jackson from 1991-96.

Mast was driving for fellow Virginian and car owner Junie Donlavey when he started feeling puny in the spring of 2002.

“I started feeling worse and worse and it just got to the point to where I couldn’t start feeling better after being in the car,” said Mast. “The doctors ran test after test. They finally came back and said that at least the tests were all negative or I would be dead, but they still couldn’t figure out what was causing my sickness.”

Mast visited several more doctors and finally made a trip to the Mayo Clinic in Jacksonville, Florida where doctors made the connection to carbon monoxide poisoning causing Mast’s symptoms.

“After visiting the doctors there, we went to a clinic in Colorado Springs, Colorado and spent four days with doctors coming up with a final diagnosis,” Mast added.

Mast was forced to stay at home. He spent the next month or so in complete bed rest trying most days to find a way to just hold down a little bit of food.

“It was explained to me that everyone’s body has reserves to fight certain illnesses and once those reserves are used up your brain tells your body you’ve had enough and that’s what happened to me in 2002,” Mast explained. “It was tough after a while as I would feel good one day and then have two or three bad days. Then I would have a couple of good days in a row and then several bad days.”

Mast would eventually start feeling significantly better, but the damage had already been done to his body.

Although Mast feels much better, today, he must still avoid breathing in the odorless gas and refrain from having carbon monoxide make contact with his skin.

“I can be around cars again, but I have to be careful and limit my exposure to carbon monoxide,” Mast added.

After the diagnosis and realization that he couldn’t drive a race car anymore, Mast was home regularly for the first time since 1988. It made him start reevaluating what he wanted to do with his life moving forward after his health scare.

“When I got sick (in 2002) it forced me to stay home and I got reacquainted with everyone around my hometown and my family,” Mast said. “I missed out on a lot of (son) Ricky’s time growing up and maybe got to see two of his baseball games in four years.”

Mast’s priorities changed. Although his oldest son was leaving for college, Mast’s young twins, Kaitie and Sarah, were still at an impressionable age. Mast wanted to be present in their lives.

“I had the opportunity the next year to do a television broadcast of a race in Nashville and I enjoyed it and I was told by the folks with the network I did a pretty good job and I enjoyed working the race,” Mast said. “Ricky turned 20 the next day and I decided to stay home and spend time with my family. I didn’t want to miss time with my daughters like I did with Ricky.”

Mast’s illness did was raise awareness of the issue of carbon monoxide poisoning and the effects of exposure to drivers in the sport – something Mast is happy about.

“That is something good that came out of my diagnosis and what I went through,” Mast said.

Mast praised NASCAR for quickly addressing the carbon monoxide issue and working to find a solution.

“I have to give NASCAR credit, when we showed them the results of the testing that was done on me, they jumped right in and started looking at ways to make things better,” Mast said. “NASCAR never once pushed back and they could have faced some bad press if some of the tests results came back bad on the testing they were doing. They tested carbon monoxide reading at race tracks – in the pits and grandstands to see who was exposed.”

Mast was also happy from the response he got from fellow drivers.

“A lot of drivers called me and thanked me for helping bring this issue out in the open,” he said. “Most drivers back in the day wanted to be seen as tough and many of them would have to recover in private from the effects of being exposed during a race. As a result of the advances made, new technology came into play in NASCAR to help reduce exposure by as much as 27% early on and this made a big difference for the drivers.”

Today, with new innovation and technology in today’s NASCAR race cars, the exposure to drivers is much lower than when Mast drove a stock car.

Mast fondly recalls one of his biggest accomplishments in a NASCAR Cup car – winning the inaugural Brickyard 400 pole at Indianapolis Motor Speedway.

Mast out-qualified 86 other entries on that historic day to win the pole for the first NASCAR race at the famous facility and still enjoys talking about that accomplishment.

“People were talking about that race two year before we got there so everyone wanted to be ‘first’ at Indianapolis,” Mast said. “Dale Earnhardt, Sr., and Rusty Wallace about wrecked one another on pit road trying to be the first car on the track in practice. Guys wanted to be fastest in the first practice and so on.”

Mast quickly realized what it meant to be a part of history before the green flag fell on that Saturday afternoon.

“Once I won the pole they were taking me all around the track and eventually around town talking about winning the pole and it was a lot of fun meeting with the fans and press that weekend,” Mast said. “I put that race as one of the pinnacle events in the history of our sport along with the 1979 Daytona 500 and the 1992 season finale at Atlanta Motor Speedway.”

Mast recalls one fond memory of that historic weekend.

“I’ll never forget the Intimidator (Dale Earnhardt Sr.) being in awe during our parade lap before the race as he and I were on the front row,” Mast added. “He said I can’t believe all these people showed up here to watch us race. He was in awe of the crowd and that says how important this event was to everyone in 1994.”

Mast still receives letters from fans and requests for autographs of memorabilia from the special weekend in Indianapolis.

“I don’t know how much money they made off of souvenir sales, but judging just by what I’ve signed over the years there had to me a lot of souvenirs sold that weekend in Indianapolis and other places for that event,” Mast said.

During the first of his fan-appreciation days in his hometown, Mast was pleasantly surprised by the number of different locations of his fans.

“I expected a lot of fans from Virginia where I’m from, but that first year the most fans we had come here were from Iowa then Pennsylvania and Virginia in that order,” Mast said. “The next year it was Pennsylvania, Iowa and then Virginia.”

Mast rallied from the support of the fans throughout his career.

“Knowing I had so many fans pulling for me made me want to do better in the race car and I thought about that often,” he said. “I always appreciated the fans that pulled for me throughout my career and still keep in touch with me today. I just can’t thank them enough.”

Getting out during changing times

Mast didn’t get a chance to leave on his own terms. But the sport was in a state of transition as he departed.

“Things were starting to change in the sport and I don’t miss a lot of the things like the travel and being away from home, but I do miss the traveling family because we were a tight-knit group,” Mast said. “It was more than the drivers, it was the crew members and all the comradery you felt being a part of that group.”

Once Mast recovered from his symptoms, he was back on the road, except this time it was to support his daughters who played travel sports in school and spending time with his family.

“I’m happy I got to spend more time with my family and I appreciated my career,” Mast said. “I enjoyed racing against the competitors like Dale Earnhardt, Sr. and others like Buzzy Walters back home in Virginia. Not many people know about him, but he was one of the best I ever raced against who never got a chance to make it to top levels of NASCAR.”

While Mast says there’s nothing out there he does today that replaces that thrill of going 200 mph at Daytona or winning the pole at Indianapolis, he’s at peace with how his career played out in NASCAR.

For Mast, his relationships built throughout his career meant more.

“I wouldn’t have changed my loyalty to people and I don’t second guess any of my decisions,” Mast said.