Which NASCAR Cup drivers are cashing in on stage racing? 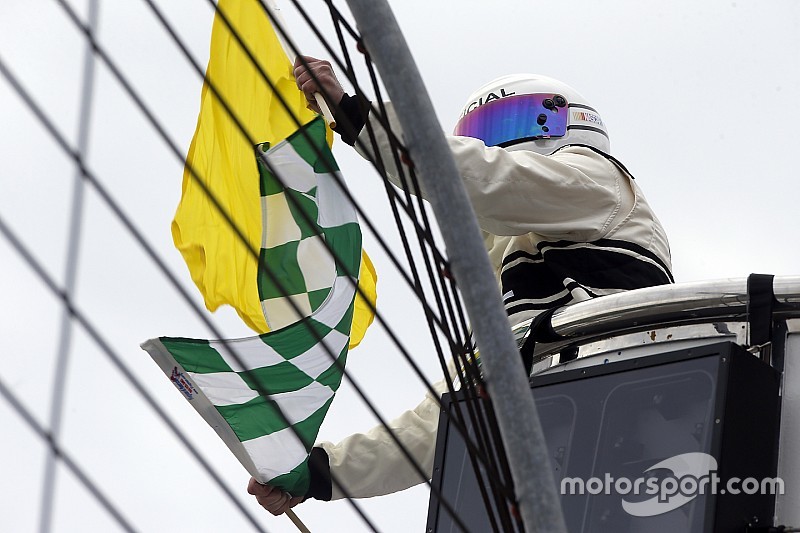 The introduction of stage racing has solved the problem of NASCAR drivers cruising for cash.

For the first time in a long time, drivers had incentive for staying up on the wheel throughout an entire race. No longer could a competitor afford to ride around and wait for crunch time. With precious points on the line, go-time came sooner and now more often.

As May approached, I asked the sanctioning body what about the possibility of adding a fourth stage at Charlotte? Given the excitement that has been generated by breaking races into segments, enduring a breakdown of two 100-segment laps followed by a 200-lap shootout would drag on by comparison.

When the news broke on Monday morning that there would be four stages for the Coca-Cola 600, I was thrilled. Anything to put a spark in an intermediate-track race — particularly one that lasts over four hours — is welcomed.

Looking at the big picture, the playoff point from a stage win — not to mention championship points earned for top-10 finishes in stages — could be the difference between going for the title or going home.

For now, however, let’s focus on the drivers who will likely play prominently in the Playoffs. If a driver can’t secure one of the 16 playoff spots, then he’s probably just spinning his wheels and sharing asphalt with the elite in the Monster Energy Cup Series.

Here is the top 12 drivers with points accumulated in the first 22 stages of 2017:

1) Kyle Larson — After three second-place finishes, Larson finally won his second career Cup race at Auto Club Speedway in March. In addition to his two stage wins, he’s finished in the points in 20 of 22 stages and accumulated 137 points.

2) Martin Truex Jr. — Truex was the first driver to earn max points after sweeping both stage wins and winning the race at Las Vegas. He scored his second win of the season at Kansas Speedway. Truex has earned 131 stage points in 16 segments. He leads the tour with five stage wins and 15 playoff points.

3) Brad Keselowski — Keselowski earned race wins at Atlanta and Martinsville. He leads the tour with seven top-five finishes — including his second-place run at Kansas. Kez also picked up 113 points in 17 stages and scored wins at Richmond and Talladega. His 12 playoff points rank second to Truex.

4) Chase Elliott — Elliott had a rough time at Kansas and he’s still searching for his first Cup win. But the No. 24 Hendrick Motorsports team has cleaned with 2 stage wins (two playoff points), 12 top-10 stage appearances and 90 additional points.

5) Ryan Blaney — Blaney rebounded at Kansas this weekend. He earned his first career pole on Friday and led 83 laps before almost breaking through for the win. Still, the No. 21 Wood Brothers Ford has collected 89 points in 15 stages and picked up three stage wins along the way.

6) Kevin Harvick — Harvick was the first driver to sweep stage wins when he pulled off the feat at Atlanta Motor Speedway. His third stage win actually came the week before in Stage 2 at Daytona. He earned his fourth top-five finish in the last five races. He’s finished in the money in 12 stages for 86 additional points.

7) Jamie McMurray — McMurray is having the most consistent season of his 15-year Cup career. His average finish of 12.7 is a personal best. His average qualifying effort of 8.9 is his highest since 2002 when he ran six races with 7th-place average start. Mac has moneyed in seven of Stage 1 segments. He’s remained with the front pack eight times in Stage 2 segments for an additional 76 points.

9) Joey Logano — Logano scored his 18th career Cup win with his Richmond victory. And he earned stage points for a 13th time on Saturday prior to his third DNF of the season — including the last two races. His 64 stage points and one playoff point will come in handy after the regular season if his luck doesn’t turn around soon.

10) Jimmie Johnson — Seven-time has two race wins this season to earn 10 playoff points but has yet to top a stage. His wins are also Johnson’s only top-five finishes this season and the No. 48 team has scored just four top 10s in the first 11 races. Johnson has finished in the top 10 in 13 stages for 62 additional points.

11) Denny Hamlin — Like his other Joe Gibbs Racing teammates, Hamlin is still looking for his first Cup win in 2017. He joined Kyle Busch and Matt Kenseth as Stage Winners when he broke through in the second stage at Talladega. Hamlin has just one top-five finish this season — a third at Richmond. But he has finished in the top 10 in 13 stages for a 57-point gain.

12) Erik Jones — The rookie didn’t have the best outing at Kansas, but his 10 top 10 finishes in stages proves he’s had speed early in races. Although Jones is 19th in Cup standings, his 37 stage points rank 12th in the series.

Five things we learned from Kansas