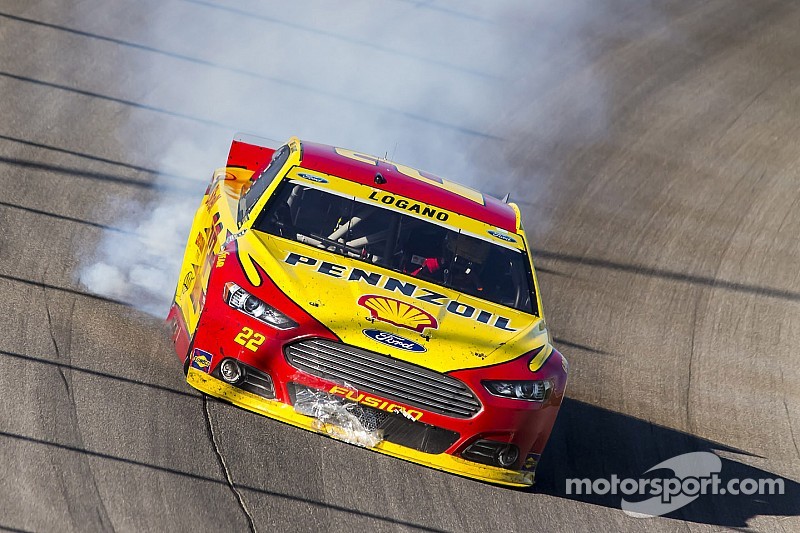 So why did Joey Logano's engine give out on the final lap at Chicagoland?

Joey Logano finished fourth this past weekend, and he did so in quite spectacular fashion. As he exited the final corner, a massive plume of smoke erupted from the No. 22 Ford Fusion.

The engine had basically detonated. Logano kept his foot in it and didn't lose any positions, but the front stretch was encased with smoke due to the engine failure. So what caused the motor to quit? A windshield tear-off has been cited as the culprit. On the final restart, it found its way onto the front of the No. 22, completely blocking the airflow to the radiator and causing the car to push all the water out.

Although he was blistering fast those final few laps, another corner and he would have ended up finishing back around 19th. To win a championship, you're going to need luck on your side and Joey Logano certainly was lucky on Sunday.

How bad do you want it?

Bowyer: eSports "built and formed for this very moment"