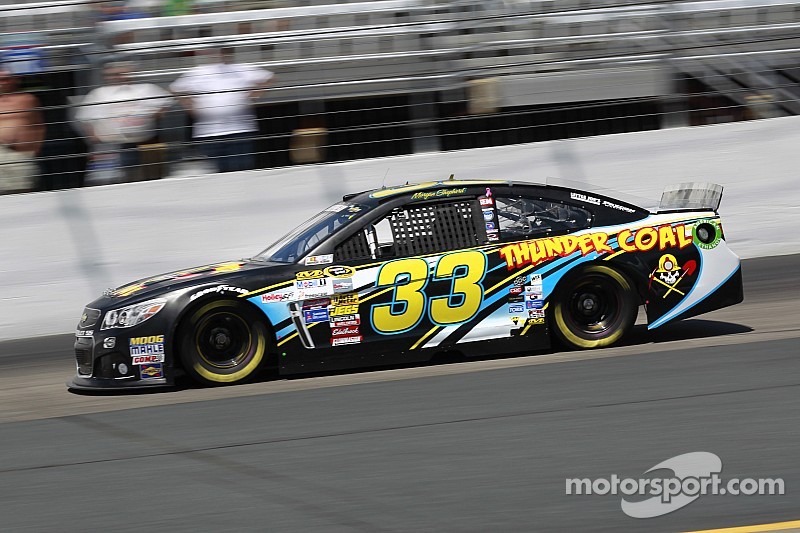 72-year-old may have driving skill, but not common sense, and that’s the problem.

Last week I addressed the Morgan Shepherd deal. My issue was not so much with people questioning whether a 72-year-old should be able to race in the NASCAR Sprint Cup series – if it is OK with NASCAR, it’s OK with me – but more the fact that I’m not crazy about critics telling other people what they can, and can’t do, when they don’t have a horse in the race.

My flawed assumption was that Shepherd would do what he did at New Hampshire last year. Or, actually, in his last eight races at New Hampshire, starting with his return in 2002. In those eight races, he finished 40th (“handling,” was the reason for dropping out), 41st (brakes), 43rd (brakes), 40th (ignition), 40th (too slow), 41st (handling), 42nd (overheating), and in 2013, 40th (vibration). Last year, in Bob Keselowski’s Supportmilitary.com Toyota, he ran less than a third of the race. In none of those eight races did he finish higher than 40th, or start better than 39th.

Exactly why Shepherd decided he had to run the entire race this year for the first time since 1998, when he finished 26th in Joe Falk’s Chevrolet – yes, the same Joe Falk as the one who supplied his car this year, but hopefully not the same Chevrolet, but that would explain a lot – I’m not sure, but he did.

So this year, the record will show that Shepherd, in Joe Falk’s Thunder Coal Chevrolet, ran 278 laps, finished 39th, and made $69,655, which is $8,955 more than he made last year, finishing 41st. My guess is there were any number of team owners that cheerfully would have written him a check for $9,000 to get off the track, such as Roger Penske.

Penske, as you know, owned the car that Shepherd wrecked late in the race, when driver Joey Logano tried to pass Shepherd while Logano was running second. Logano had some choice words for Shepherd, which is expected, him being Joey Logano, likely having already forgotten his rookie season in 2009 when the teenager finished an average of 20th with a car and crew chief that had recently won a championship, and critics were saying Logano was too young to be on the track with all those veterans.

What were you thinking Morgan?

Logano was mad after Shepherd wrecked him, with reason. Those of us who supported Shepherd were mad, with reason. Why he felt the need to stay out and circulate with a wounded, burned-up car running more than a dozen laps down when he did not need the points is confounding. Then his petulant attitude when called on it did him no favors either. Blaming Logano was bad form. Acting as though he had a right, almost a calling, to get in the way was bad form. Had he done what he did the last eight races at Loudon – qualify, race until he got passed too many times, and call it a day – sports columnists and talk radio hosts would have had to find something else to complain about.

As it is, I’ve seen too many over-60 racers get the job done on tracks from Fairbanks to Homestead. I was the announcer for a traveling midget series when one of my heroes, Mel Kenyon, won the championship three years running when he was way past his car number of 61. Chris “The Greek" Karamesines, who turned in the first 200-mph run at Bristol’s Thunder Valley drag strip in 1965, was there just last month and took out the fast Top Fuel qualifier, Courtney Force. He’s 82.

Want more? I’m confident I have a lot more examples of old racers doing it right, than you do of them doing it wrong.

Still, it grates when people tell other people they are too old to do something. I don’t recall anyone applauding when MRN announcer Barney Hall hung up his microphone at two weeks ago at Daytona, presumably making room for younger, hipper announcers. Hall is 82, and racing on the radio won’t be the same without him.

Unfortunately, what Morgan Shepherd did at Loudon, in actions and attitude, may force NASCAR into action, something the sanctioning body clearly doesn’t want to do.

Roger Penske, 77, gets the last word.

“The great thing about our sport is that if you want to tee it up here and bring your car and have a team, we let them run. So, I don’t feel bad about it other than the fact that Joey got knocked out. He was running second at that time and, obviously, at that point you say, ‘damn,’ but at the end of the day we’ve got to move on.” - Roger Penske

It’s the end of the day, and then some.

Breaking down a racing incident that got blown out of proportion