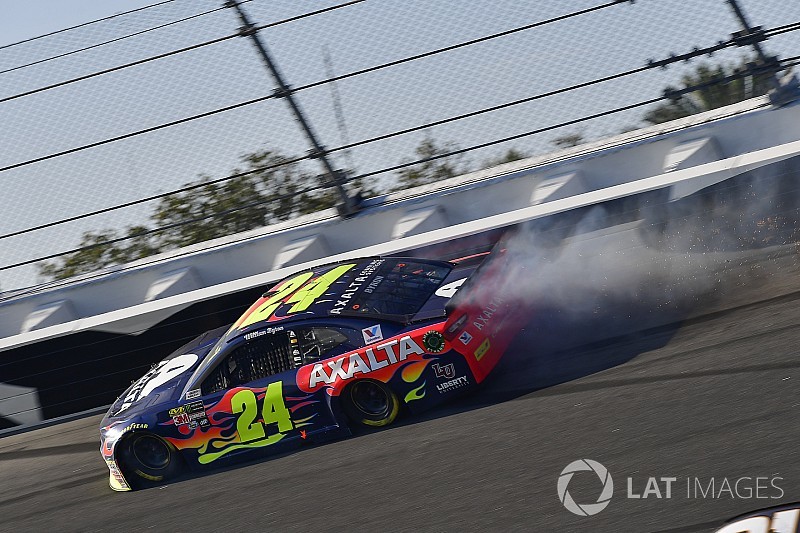 The start of William Byron’s rookie season in the Monster Energy NASCAR Cup Series has been an eye-opener to say the least.

But Byron, who took over the iconic No. 24 Chevrolet at Hendrick Motorsports this season, says he is willing to work hard to tackle what he is sure will be a tough road ahead.

It’s already had its sizable bumps.

He was involved in a wreck in the season-opening Daytona 500, struggled with the handling of his car at Atlanta before rallying for a season’s-best 18th place finish and was forced to make an unscheduled pit stop under green in a near caution-free race at Las Vegas which left him in 27th.

After three races, Byron, 20, is 24th in the series standings.

“I’ve definitely prepared myself for it. It’s hard to mentally prepare to know that it’s going to be difficult, but I think that once it clicks, it’s going to be the same as any other series,” Byron said last weekend at Las Vegas. When it clicks and you know what you need in the car and you know how to produce that result, it doesn’t matter whether there are 30 good cars or 20 good cars.

“I think that once it does click for us and once we know and we show up each week and we are very close to how we need to be, it’s going to start to click and rack off those successful finishes.

“But, I would say there is a lot of stuff to work on.”

In each of the last two seasons – Camping World Truck and then Xfinity – Byron seemed to get off to a slow start adjusting to his new surroundings only rebound later in the year and charge into championship contention.

He ended up leading the Truck series in wins in 2016 and finished fifth in the standings and won the Xfinity title in his rookie year last year.

The transition was more difficult in Xfinity than in Trucks and Byron expected an even larger learning curve from Xfinity to Cup.

So far, has gotten what he expected.

Superspeedway racing is unlike the majority of the season so when Byron and his No. 24 team got to Atlanta – one of the intermediate tracks that dominate the schedule – they got what he described as a “wake-up call.”

“It’s just like there are increments in the Cup Series where there are five or 10 cars that are really equal and the margin is that small. It’s a restart or getting on pit road. Knowing what things I can work on there is going to be critical and just knowing what I need in the race car to be better.”

Byron insists he isn’t putting pressure on himself, nor feeling it from those around him.

“You read some comments and you are like ‘Yeah that is pretty much what is happening.’ Sometimes you read stuff and you are like, ‘Man no, just give us some time to figure it out.’ I think it’s a little bit of both.