William Byron rocketed to the Stage 1 with a dominating performance at Sonoma (Calif.) Raceway. 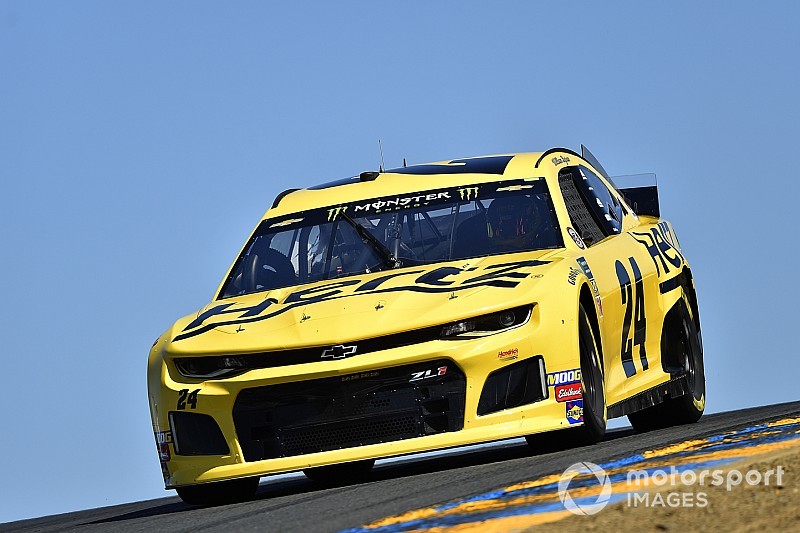 Byron grabbed the lead on Lap 1 and led all 20 laps on his way to his first stage win of the 2019 season. He held off Denny Hamlin by more than nine seconds.

Larson started on the pole, but Byron quickly moved into the lead in Turn 2 on the first lap Chase Elliott also got around Larson to grab second.

After five laps, Byron had opened up a 2-second lead over Elliott as Logano had moved to third. Larson ran fourth and Hamlin was fifth.

On Lap 7, both Hamlin and Martin Truex Jr. got around Larson, which moved him back to the sixth position.

After 10 laps, Byron had moved out to a 2.8-second lead over Elliott. Truex moved to third as Logano dropped to fourth and Hamlin ran fifth.

On Lap 16, Matt DiBenedetto elected to pit for tires and fuel, the first to attempt to short pit. Ryan Blaney, Kurt Busch, Erik Jones, Ricky Stenhouse Jr., Clint Bowyer, Kyle Busch and Brad Keselowski were among those who followed on the next lap.

On Lap 19, Harvick got into Michael McDowell in Turn 7 to turn him around but he was able to continue on without a problem.

Four drivers had to start the race from the rear of the field – Daniel Suarez for an engine change; Ross Chastain for a driver change; and Jones and J.J. Yeley for unapproved adjustments.