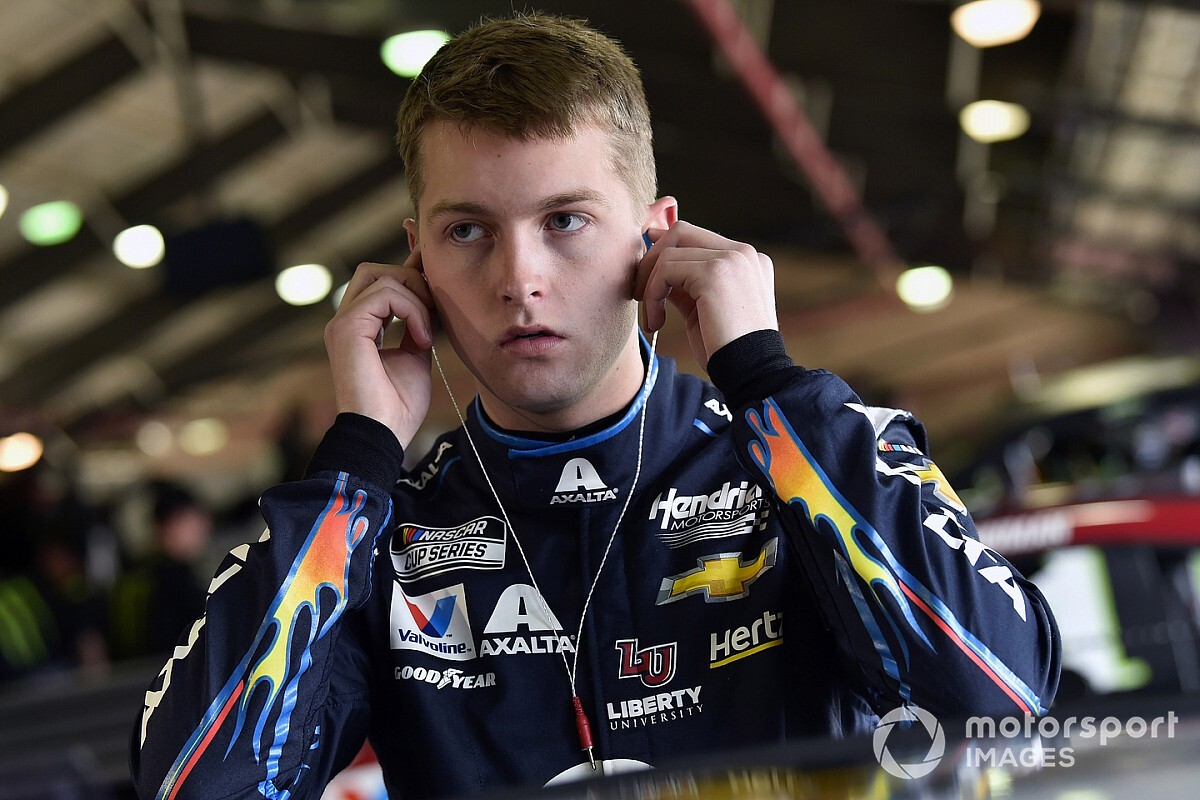 William Byron was able to hold off Timmy Hill in a two-lap shootout to go back-to-back and win his second straight Pro Invitational Series race at Richmond Raceway.

Bobby Labonte, Landon Cassill, Daniel Suarez and Dale Earnhardt Jr. were able to transfer into the main event through the last-chance-qualifier, setting the 30-car field.

In qualifying, Ryan Preece earned pole position ahead of Cassill and led the early laps, which went caution free.

The first yellow flew on Lap 26 when Chris Buescher's steering wheel disconnected and he collected Kevin Harvick, who was making his eNASCAR debut.

Another crash ensued on the following restart when Ross Chastain and Alex Bowman spun on the backstretch. Clint Bowyer was also involved.

A third caution flew on the next restart when Joey Logano tagged Kurt Busch, igniting a multi-car crash including Austin Dillon and Ryan Blaney.

Byron to the front

Preece lost the lead for the first time 61 laps into the 150-lap event when William Byron got to the inside of him. Preece then dropped back, falling outside the top ten and becoming the next caution flag after contact with Matt DiBenedetto.

This incident would carry over into the next run with Preece seeking retribution and turning DiBenedetto. DiBenedetto then crawled around the track on the apron and waited for Preece to come back around, sending him again. He was then parked by the iRacing officials.

Most of the frontrunners took this as an opportunity to pit, but not Byron who maintained the race lead for the restart.

Garrett Smithley and Daniel Suarez came together during the next run, but the race remained green. Timmy Hill and Parker Kligerman were charging with fresh tires and made their way back up to second and third, but were unable to close the gap to Byron.

However, the caution flag would fly one final time with four laps to go after Christopher Bell went spinning due to contact from Tyler Reddick.

Despite having older tires, Byron was able to fend off Hill in the two-lap shootout and take his second straight victory in the eNASCAR Pro Invitational Series.

"Honestly, not," Byron said when asked if he would be in the NASCAR Cup Series if it weren't for iRacing. "I wasn't in a racing family growing up so this was really my avenue to cut my teeth. It's obviously a much different way than most guys grew up. But I feel like in my generation, it's pretty normal. I'm very thankful for what it's done for me. I was really, really concerned we were going to have too old of tires there on the last restart but we were able to get good exits off the corners and just have have a pretty decent restart and get the win.

"Driving the No. 24 for Hendrick Motorsports is a dream and it's incredible. I was really just a kid on here who was excited to see a NASCAR face on a channel when I was racing against them. Now to be racing in real life and everything, and everything coming full circle during this tough time is neat, too. I'm having fun with it."

Kevin Harvick "going to have fun" with his eNASCAR debut

Who can topple Byron and other sim racing pros in eNASCAR?