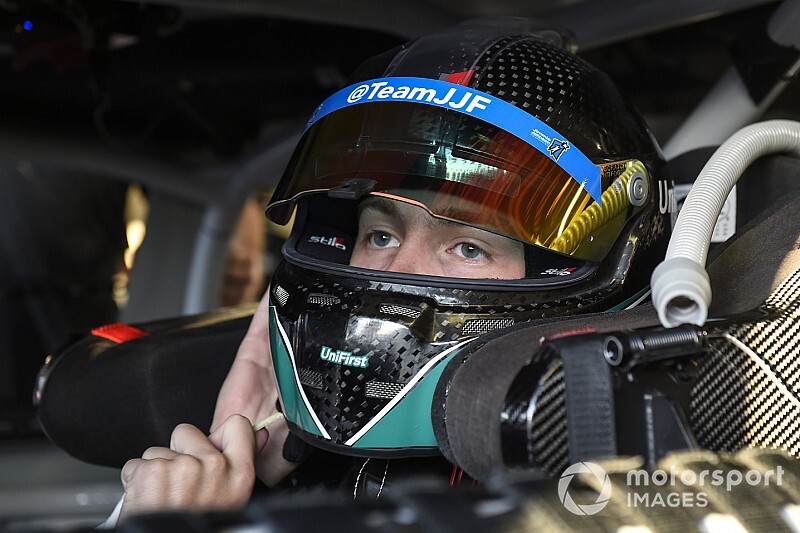 William Byron’s NASCAR playoff run is over but there’s still time to build on his career-best season.

The 21-year-old Hendrick Motorsports drive in his sophomore season in the Cup Series ran up front in most of Sunday’s Hollywood Casino 400 at Kansas Speedway and finished a respectable fifth.

It was a solid performance but nothing short of a victory was likely going to advance Byron to the semifinal round of the playoffs.

“It’s just a bummer. But we had a great run and we can take pride in that, for sure. We had a great car, one of the best cars we’ve had on a 1.5-mile track,” Byron said. “It was fun, but we just needed to win and we couldn’t do that.

“But it is what it is. It was a great day for us overall, we’ll move onto the next couple of weeks and keep fighting. If we can go out and win, that’s all that really matters now.”

In his first season working with veteran crew chief Chad Knaus, Byron had said his No. 24 team had a goal to finish in the top-12 in points.

Following his finish in Sunday’s race, Byron is now 10th in the standings and can still finish higher with strong runs in the season’s final four races.

“I think we can still further our position in points, which is awesome. Really, for us to make that next step, we have to compete for wins,” he said. “We’re getting close, we’re running in the top-five and that’s great.

“We just have to make that next step and I think we’re really close.”

Although he hasn’t yet won a Cup race, Byron’s improvement this season, which included a playoff run, was remarkable.

“Last year was no fun and this year has come a long way for me and my team. It’s been a lot of fun,” Byron said. “Last year, I blew up here 60 laps in. This year, finishing fifth is great.

“We came close and I think we could have finished second or third. But overall it was a great day.”

Byron said it took some time for himself and Knaus to develop a good working relationship but it’s been worth the wait.

“He’s been great. I feel like we are finally starting to get that little extra bit that we need,” Byron said. “I wish it could have been a little sooner in the year, but I think we’re really making some good progress and that’s exciting.”

Harvick: "We still have to beat the Gibbs cars" for title shot

eNASCAR Heat Pro League title to be decided this week