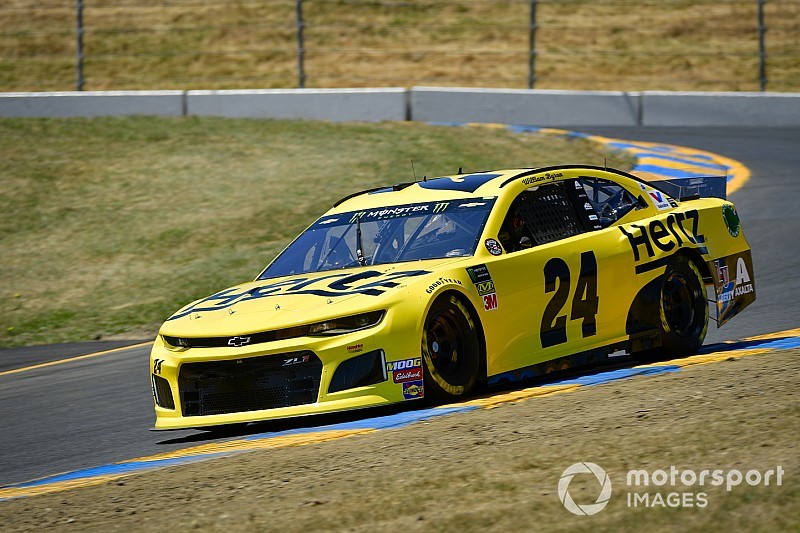 William Byron would love to experience déjà vu all over again in Sunday’s Save Mart 350 at Sonoma (Calif.) Raceway.

Chase Elliott earned his first career Cup series victory last season with a win at Watkins Glen (N.Y.) International, then went on to win twice more while advancing in the NASCAR playoffs.

Byron, 21, in his sophomore season with HMS, appears to be in good position to pick up his first Cup win on a road course as well. His No. 24 Chevrolet was fast in both of Friday’s practice sessions and he qualified second for Sunday’s race behind pole-winner Kyle Larson.

Like Elliott, Byron is by no means a road course expert but a talented driver combined with a fast car and solid strategy can still produce a win.

“Road courses have been a challenge for me, especially this place. I feel like it’s the hardest place to come as a driver with inexperience knowing what your car needs to do and how you need to manage everything,” Byron said after qualifying Saturday.

“I feel like this is a good weekend so far. We’ve had good speed really, throughout the weekend. And, we’re just going to have to put it in the race and be realistic with the race. It think it’s going to be a challenge, for sure, but I’m looking forward to it.”

After a tough start to the season, Byron has earned three top-10 finishes in his last five races and moved from 19th to 14th in the series standings and right into the thick of the playoff race. He’s also led laps in the last five races – the first time he’s done that in his young Cup career.

“All of the little details and things that it takes to win one of these or being in the top-five – I feel like we are learning, the communication is getting better and more upfront,” he said.

“It’s tough because you have to be really patient and really confident. Usually you aren’t patient when you’re not confident in what you’re doing, like when you don’t know exactly how deep you should get into the braking zone or how hard you should get in the gas.

“You have to be really confident here to be successful and be really patient. It’s closer to a short track than any of the road courses that we run, so you have to be extremely good on the throttle and good at tire management.”

Byron credits the developing relationship with new crew chief Chad Knaus this season for his team’s improved performance. Knaus won seven Cup series titles with veteran Jimmie Johnson but moved over to Byron’s team before the start of the 2019 season.

“I’ve been around him for about a year now, in the team debriefs and knowing how he works with Jimmie and his team,” Byron said of Knaus. “Honestly, I feel like he’s very direct so you don’t have to worry about whether he’s trying to send you a message in a certain way or if he’s trying to blow you off. He’ll tell you if you’re doing something wrong.”

Byron said he has no problems with that approach.

“I don’t really think there is any reason to be offended at the track when someone tells you what you’re doing wrong. You have to learn from it,” he said. “He’s helped me with that by just being really direct and not having to worry about the emotional side of things at the track.”

As for his expectations in Sunday’s race, Byron said he needs to be aware of the big picture.