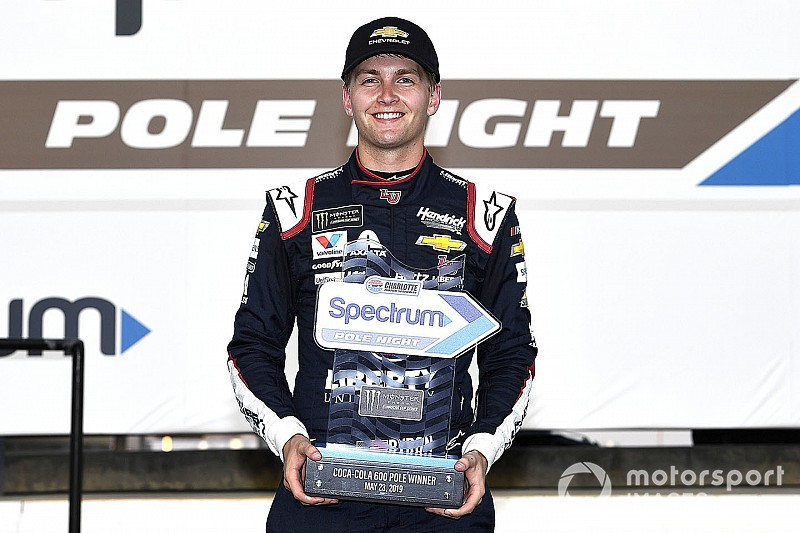 Byron, who opened the year winning the pole for the Daytona 500, added another Thursday night, grabbing the top starting spot for Sunday night’s Coca-Cola 600 at Charlotte Motor Speedway.

Byron, 21, is the youngest driver to start from the pole in the history of the Memorial Day weekend event.

“This is just a dream come true,” Byron said. “I grew up in Charlotte and I came to this race every year and it’s dream come true to qualify on the pole with Hendrick Motorsports just across the street.

“This is pretty cool. I can’t think of a better way to start the weekend.”

Asked how he can take advantage of that experience, Byron said, “It’s just the dialogue we have in the hauler. We go back and forth on communication and changes on the car. It’s starting to improve for us and that’s where the speed is coming from.

“Also, the cars are getting faster. This is really exciting.”

Corey LaJoie’s No. 32 Ford twice failed pre-qualifying inspection and he had an engineer ejected from his team for the remainder of the weekend.