How winning in NASCAR has changed for Kevin Harvick

Late in Kevin Harvick’s NASCAR career, he is still winning and contending for championships but its meaning has changed. 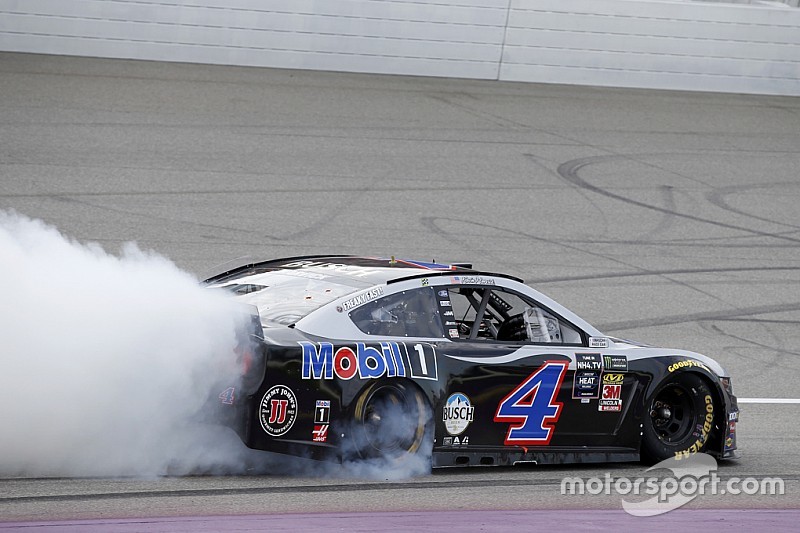 Sunday’s victory at Michigan International Speedway was Harvick’s second of the 2019 Cup Series season and 47th of his career.

Now at 43 years old, there has been more talk of late about when he will retire than how much more he can achieve.

That overlooks a very important statistic, however – Harvick won his only Cup title and now 24 of his 47 career wins since his 38th birthday.

And he is now every bit a contender for a second Cup championship which would put him in another elite category – only seven drivers 40 or older have won a Cup series title, the oldest being Bobby Allison at 46 in 1983.

Harvick’s move to Stewart-Haas Racing at the start of the 2014 season and pairing with crew chief Rodney Childers was certainly a catalyst for his late-career surge. But his now 18-year marriage to wife DeLana and addition of two young children have helped shaped a different perspective to enjoying his success.

“I feel like mentally and physically (I’m) just in a good spot in life in general, and it just helps you manage what we have to do here,” he said.

Following his win Sunday, now 7-year-old Keelan Harvick rode shotgun in his dad’s No. 4 Ford as they did a celebratory burnout down the frontstretch.

After his win, Harvick was asked how the feeling of winning has changed over his career.

“It’s more of a satisfaction than it is an excitement because it’s an expectation, not a rare moment. For me, putting (Keelan) in the car was more exciting than winning the race, but those are moments that we share as father and son,” he said.

“I think it’s very gratifying as a team just because I know where we started, I know how hard those guys have worked, and I get more satisfaction out of seeing those guys super-excited and super-happy about the things that we’ve been able to accomplish, because really that’s what motivates me on a weekly basis.

“I know if I’m not ready to drive that car, I’d be letting every one of those guys down because they put everything they have into it day after day – 100 percent. If you’re not 100-percent ready and focused on what you need to be focused on, then you’re going to let somebody down on this team. Every guy on the team doesn’t want to let the guy next to him down, and that’s really motivating for all of us, no matter if it’s a good day or a bad day.”

In many respects, as Harvick has said several times this season, his confidence – and that of his team – has never been higher, even if the results don’t always follow.

“There hasn’t been a race we show up to and unload the car, even if it’s slow, that we don’t think we can win. That’s just been the mindset” he said.

“I mean, if we qualified 30th and we get up on race day thinking that we can win the race, somehow, some way, and then as you go, you adapt and adjust. Confidence is not something that we lack.”