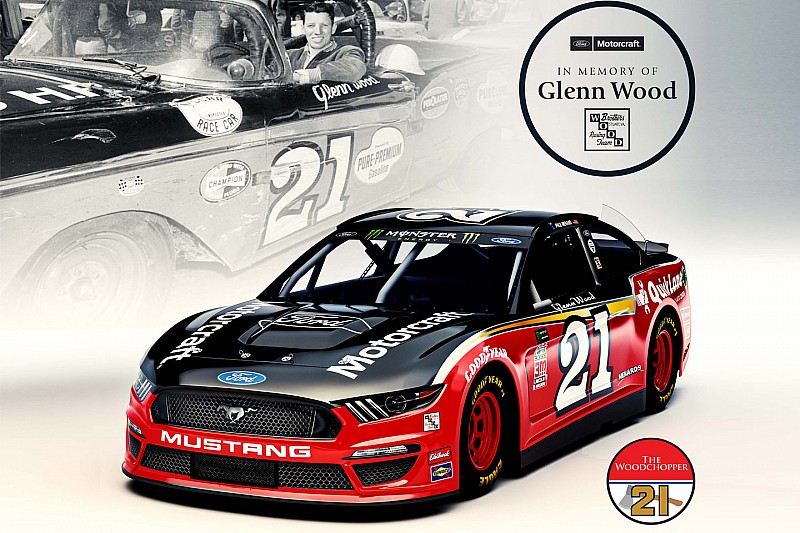 Wood, who died in January this year, made his only appearance at Darlington (S.C.) Raceway as a driver in 1957 competing in a Ford Sunliner convertible.

Wood enjoyed his best year in NASCAR’s Convertible Series that season, earning four wins, two poles and 23 top-five and 26 top-10 finishes in 36 races. He finished a career-high third in the series standings.

Wood, with relief from driver Fonty Flock, finished 17th in the Rebel 300 in 1957 after blowing an engine. This year’s “Throwback” race in the Cup Series at Darlington is Sept. 1.

“You want to honor your dad the best way you can,” son Eddie Wood said. “And for racers, the throwback weekend at Darlington provides the perfect opportunity to do that.”

Eddie Wood said his family and the race team considered honoring Glenn at Darlington last year but chose to recognize former driver Cale Yarborough on the 50th anniversary of his first Southern 500 triumph, which came aboard the Wood Brothers’ No. 21 Mercury. It also was the first Southern 500 win for the Woods.

“It would have been nice to do it last year, but it’s nice to do it now,” Wood said. “It’s really a special paint scheme, for sure.”

The original car had an interesting history. It started its life doing endurance testing at Ford’s proving grounds in the desert.

“They were going to scrap it once the endurance testing was over, but my dad found out about it and called John Cowley, who ran Ford’s NASCAR effort back then,” Wood said. “He gave the car to my dad and they made a race car out of it.

“They kept the red-and-black paint scheme that was on the car during the endurance tests.”