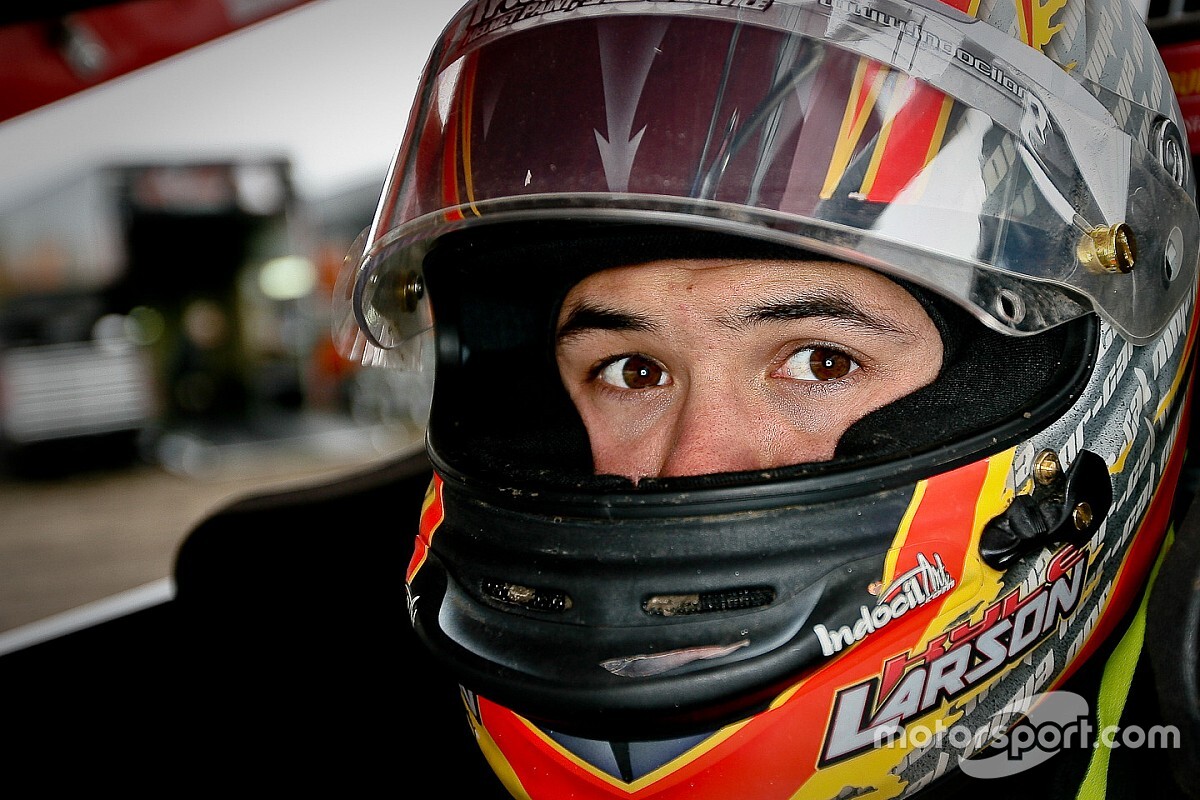 The World of Outlaws Series has released a statement addressing the controversy surrounding Kyle Larson's use of a racial slur during a live-streamed iRacing event Sunday evening.

The fallout from Larson's use of a racial slur on a hot mic during Sunday's 'Monza Madness' event was swift. He has been suspended from NASCAR competition for the time being, several Chip Ganassi Racing sponsors have cut ties with him and on Tuesday, he was fired from CGR.

In a statement released Tuesday, the World of Outlaws Series says Larson may remain eligible to compete upon competing sensitivity training within 30 days of the incident.

The statement from WoO read: "The World of Outlaws welcomes fans and competitors from all backgrounds and does not condone the language used by Kyle Larson while virtually competing with a different series on April 12th. As a World of Outlaws Member Driver and Team Owner, he violated Rule 2.2A, which states members agree to act in a professional manner at all times.

"As with all infractions, we communicate directly with our Members and establish the appropriate course of action. Given the nature of this infraction and Kyle's already public apology, he will be required to complete a sensitivity training course within 30 days of the date of the infraction.

"Kyle is an important and visible stakeholder in the World of Outlaws community as both a Driver and Team Owner. Kyle has admitted to making a mistake and it is our expectation that he will make every effort to represent the sport in a professional manner moving forward. Provided that Kyle completes the designated training in the allotted time, he will remain eligible to compete in all World of Outlaws sanctioned events.

"Independently, full-time Sprint Car team Kyle Larson Racing, which was not involved in the infraction, will face no penalty and will be allowed to continue to compete in all World of Outlaws sanctioned events."

Chevrolet has severed all ties with Larson, including his Sprint Car operation. Additionally, Lucas Oil, a primary sponsor of Kyle Larson Racing, has also terminated their relationship.

"Due to the offensive language used by NASCAR Cup Series driver Kyle Larson during Sunday night's iRacing event is indefinitely suspending its sponsorship with him, effective immediately. Lucas Oil has a zero-tolerance policy regarding the use of such harmful language, and we stand bu the actions taken by iRacing, NASCAR and the Chip Ganassi Racing Team."

Plan B Sales and Finley Farms have stated that they will remain with Larson and support his sprint car efforts moving forward.

Is Chastain the obvious choice to replace Larson? Maybe...