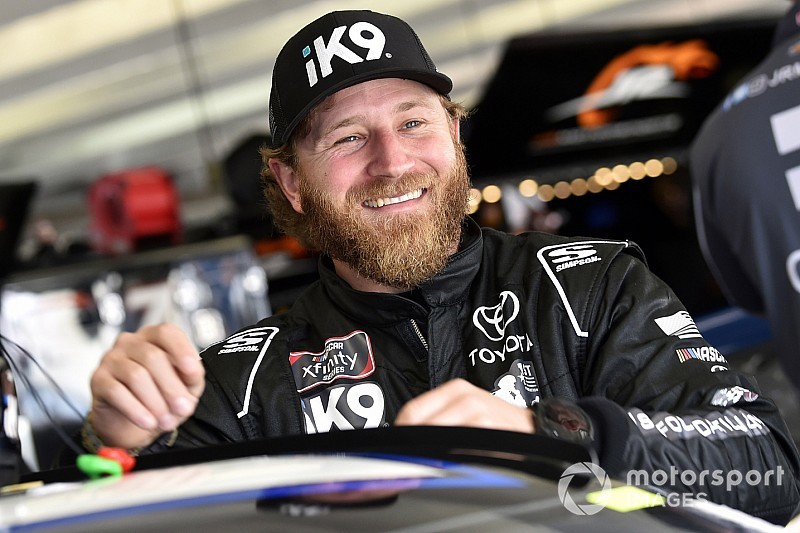 The second phase of Jeffrey Earnhardt’s expanded NASCAR schedule gets underway at Texas with the debut of a new race team.

Earnhardt, the 29-year-old grandson of the late seven-time NASCAR Cup Series champion Dale Earnhardt, has already made two solid starts in the Xfinity Series this season with Joe Gibbs Racing.

The next phase of his expanded schedule begins this weekend at Texas Motor Speedway, when he competes in Saturday’s Xfinity race in the No. 81 Toyota fielded by Xtreme Concepts Racing, which is making its NASCAR debut.

Xtreme Concepts Inc., owned by Landon Ash, is already an existing sponsor of JGR and sponsoring Earnhardt’s nine Xfinity races as well as several others with drivers at JGR this season.

Earnhardt will compete in five Xfinity races with XCI Racing this year and will also enter two Cup Series races with the organization – both of this season’s races at Talladega (Ala.) Superspeedway.

XCI Racing does have a technical alliance with JGR which should minimize the adjustments Earnhardt will need to make swapping seats.

“I’m really excited to hit the track running with the Xtreme Concepts Racing team. I’m confident that with the Joe Gibbs Racing alliance we’ll pick right back up where we left off following Daytona and Atlanta,” he said.

“I think it’s fair to say that expectations are exactly the same – top-five finishes. We’re starting off in a good place and we’ve got the cars and the team to make it happen. It’s business as usual for me, and I’m looking forward to getting to work with (crew chief) Matt Lucas and the rest of the No. 81 team.”

The start of Earnhardt’s mixed schedule this season in top-level equipment has gotten off to a strong start.

He kicked off the 2019 season qualifying second at Daytona and finished 15th after leading a career-high 29 laps. He followed that up one week later with a career-best sixth-place finish at Atlanta.

Earnhardt has made three previous Xfinity starts at Texas with a best finish of 19th coming in the spring race in 2014.

“I feel like we’re all curious as to how the PJ1 (compound) will change the racing at Texas and where it will be applied. I expect the preferred line will still be the bottom – as we’ve seen in the past – because the surface is still so new,” he said.

“Texas is so fast and if you get out of that groove, the car will step out from under you pretty quick. Texas isn’t a track where I’ve got a ton of experience, so I’ve spent a lot of time in the simulator and had discussions with Christopher (Bell) and Brandon (Jones) about what to expect.

“We’re doing everything we can on our end to be prepared for as many different scenarios as possible but, at the end of the day, I’m just ready to get back to the track and back in a Toyota Supra.”

Roundtable: What the 2020 schedule changes mean for NASCAR