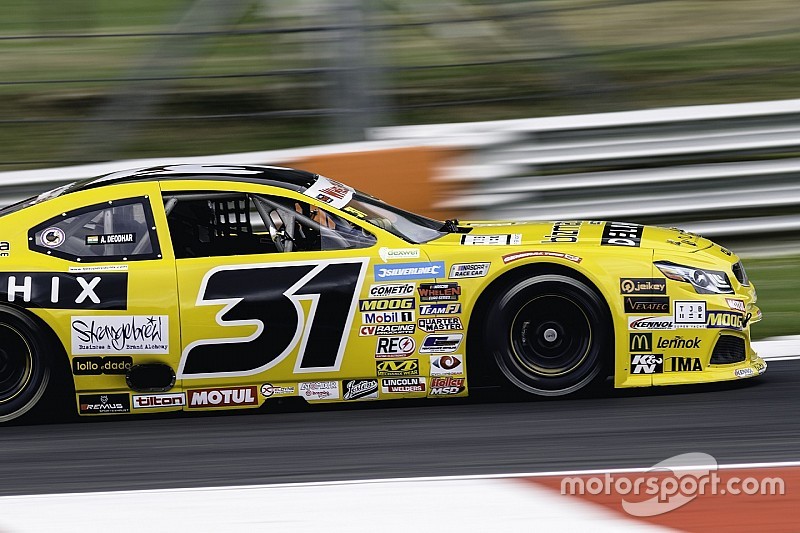 Driving a Chevrolet SS, the reigning Elite Club championship finished third on road in the opening race of the double header, behind Denmark’s Lasse Sorensen and British driver Scott Jeffs.

Howevers, Jeffs was later handed a 30-second penalty, elevating Deodhar to second in the final classifications.

Ahead of the third round of the championship, Deodhar was again forced to switch teams, leaving the Speedhouse outfit to join the championship-winning CAAL Racing squad.

Despite having little time to acquaint himself with the new surroundings, Deodhar was able to progress into superpole for the first time, eventually qualifying a strong eighth.

He more or less retained position when the 30-lap race began at the Indy layout of Brands, before two cars spun simultaneously, promoting him to sixth place.

The incident also brought out the safety car, allowing the field to bunch up and giving Deodhar a renewed chance to fight at the front.

Slowly but steadily he progressed up the pack and was right on the tail of third-placed Jeffs on the penultimate lap.

Just when the final lap was about to begin, race leader Florian Venturi mysteriously started slowing down on the start/finish straight, allowing Deodhar to pick up his first podium in the middle-tier division of NASCAR Euro series.

He finished 2.5s behind race winner Sorensen and just 0.7s behind second-placed Jeffs after attempting to haul down the latter on the final lap.

Jeffs was later deemed to have forced Vittorio Ghirelli off the track while battling for position, with the incident earning him a 30-second penalty.

Jeffs' penalty promoted Deodhar to second in the classifications, just behind Sorensen.

“Amazing to have achieved my first ever overall podium in Euro Nascar!,” Deodhar quipped to Motorsport.com India.

“We've got the toughest Elite 2 grid the series has ever had, with some seriously good drivers, so this feels amazing!

“The car was amazing all weekend and I'm so happy with the result. We start 6th tomorrow so I look forward to making the most of that"

The second race of the weekend, another 30-lap encounter, will begin at 8:58 pm IST and will be livestreamed on Motorsport.tv.