Advait Deodhar has become the first Indian driver to win a NASCAR Whelen Euro title after he was crowned champion in the Elite Club division on Thursday. 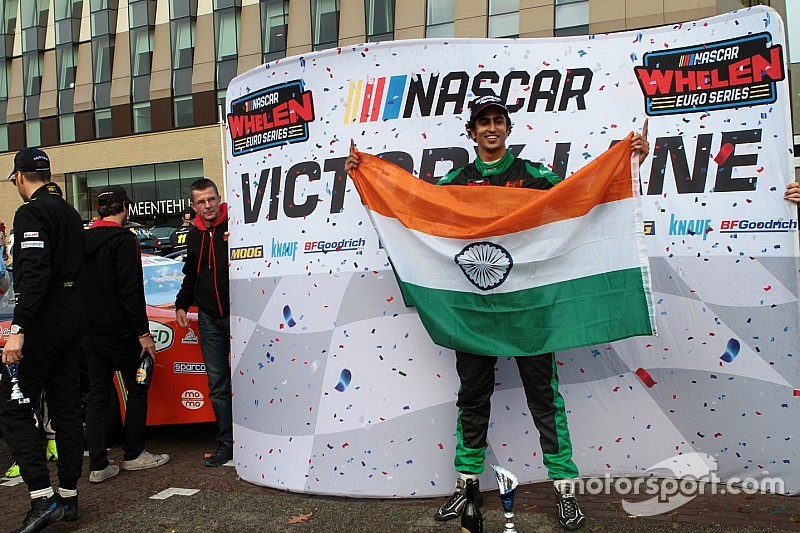 Deodhar ended a three-year racing hiatus in 2018, signing up a deal with Mishumotors - and subsequently BVR Motorsport -  to compete in the entry-level category of the European NASCAR series.

He immediately rose in the spotlight by winning the season opener at Valencia and followed that result with a second-place finish in Italy and another victory at Hockenheim.

That put him in the lead of the championship heading to Zolder, the final round of the 2018 season.

In the championship decider, Deodhar set the most consistent times across the two sessions to score his third win of the season as well as clinch the overall crown.

Giovanni Trione finished second in the race, while Pol van Pollaert completed the podium spots at the former Formula 1 venue.

Speaking after securing the champion’s trophy, Deodhar said he’s looking forward to securing a full-season drive in the higher Elite 2 division and replicate the success he has achieved in Elite Club.

The Indian driver has already made two outings in the Elite 2 category with Dexwet Racing and will again be racing in that division later this weekend.

"I’m back to racing and I’m not going to step back again. I race to win and that’s my goal next year.”