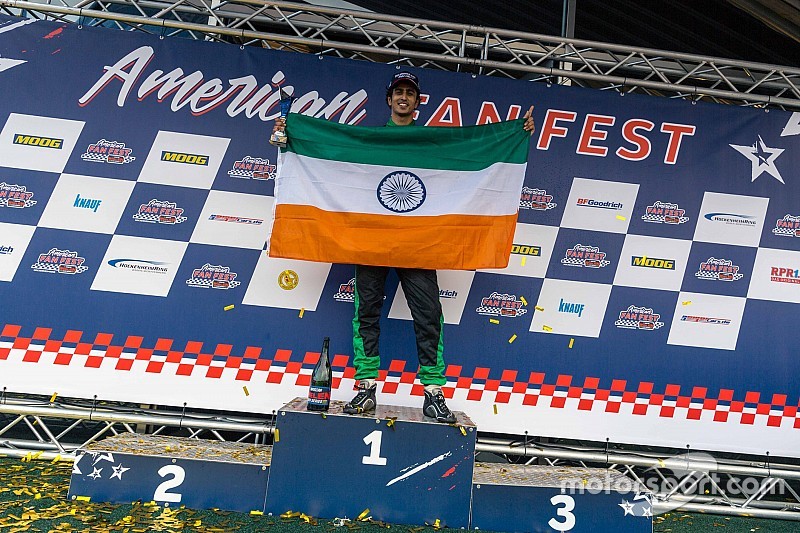 Advait Deodhar extended his lead in the Elite Club division of Euro NASCAR series with victory in the Hockenheim round on Friday.

Driving the #27 Ford Mustang for BVR Motorsport, Deodhar set the most consistent laps across the two timed sessions at the famous German circuit to take the top honours.

He beat defending champion Andreas Kuchelbacher and fellow rookie Giovanni Trione, both of whom joined him on the podium.

“We had a lot of pressure because we lost in Italy by the closest margin and we needed a win over here,” said Deodhar.

“It was not easy because we had to be really fast and push to go close to the ideal time. I’m happy to win here and extend my championship lead.”

It was Deodhar’s second victory of the season after his success in the Valencia opener and puts him in prime position for the title decider in Belgium later this year.

However, prior to that, he will stay in Hockenheim for the rest of the weekend, competing in the higher-level Elite 2 category for Dexwet DF1 Racing.

That division will see two races this weekend, spread across Saturday and Sunday.