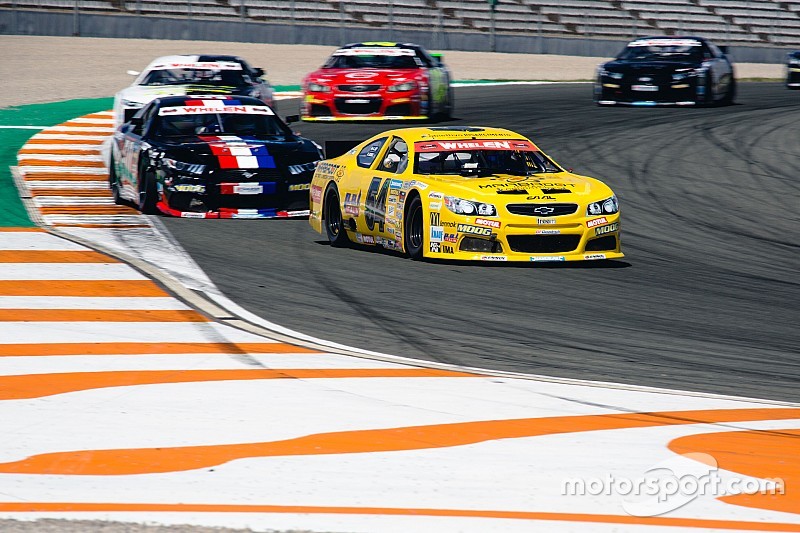 Hezemans held off defending series champion Alon Day on the final lap to pick up the win. Day spun going for the lead as the pair battled after a restart with five laps to go.

“I’m so happy, especially with a race like this,” said Hezemans. “We had to work really hard and this win tastes even sweeter.”

The Dutchman delivered Hendriks Motorsport their first NASCAR win and knew he had a battle on his hands holding off Day.

“It was close racing until the very last corner, I nearly lost the battle against Alon,” said Hezemans. “I was completely sideways. After the pace car I was under a lot of pressure, he was really flying and he just locked up.

“We didn’t even touch when he tried to pass me and unfortunately he spun, but I grabbed the win and I want to score big points again tomorrow.”

Frederic Gabillon came from a lap down up to finish in seventh place and keep his points lead over Day.

“I couldn’t be happier especially because I was not feeling well at the start of the day,” said Goossens. “We tried something setup-wise this morning for qualifying but it didn’t work. So we had to put the car back together for the race. I had a lot of luck with the traffic situation in front of me and the spin by Alon Day. This is like a big win for me.”

Ulysse Delsaux scored a dominant win earlier in the day in the first ELITE 2 semifinal race. This was the third win of the season for Delsaux who maintains his lead in the division over Guillaume Deflandre.

“It’s unbelievable because I always watched the Formula One Grand Prix of Germany when I was a kid,” said Delsaux, who scored his first career pole at the German track in 2017. “It’s incredible to be here at the legendary Hockenheimring.

“After Tours, this is another huge win in my career. I’d really like to thank my team and my fans. When I crossed the finish line I thought about my idols Jim Clark, who died here at this track in 1968, and Ayrton Senna.”