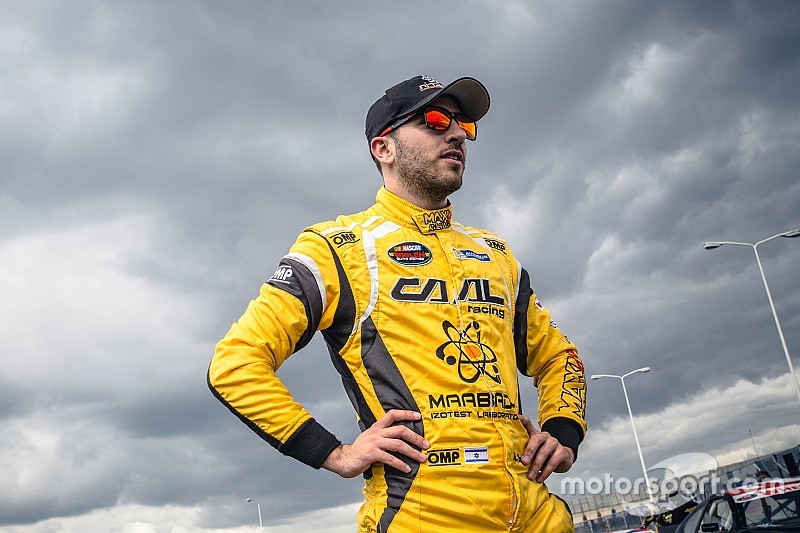 Alon Day showed during practice today for the season finale weekend that he's the favorite to win the ELITE 1 championship in the NASCAR Whelen Euro Series this season.

The lone NASCAR driver from Israel turned a fast lap time of 1:38.776 around the four-kilometer Circuit Zolder on Friday to lead the field in preparations for the weekend doubleheader.

The Ashdod, Israel, native eclipsed the 2015 track record by 0.08 seconds late in practice edging Marc Goossens who was fastest earlier in the first practice session of the afternoon.

The Belgian finished 0.182 seconds slower than Day but ahead of Frederic Gabillon, Stienes Longin, and two-time Champion Anthony Kumpen.

"It is a big weekend for me and it was a really good start for us today in practice”, said Day after Friday’s two timed sessions. “I had two pole-positions in the past here so I knew that we would be very fast. The team did a very good job and we are all pretty satisfied. All fingers are crossed for tomorrow.

“It will definitely be a special and tough day for me. My rivals for the championship were also very quick so it will not be easy. We will try to do our best to get the maximum out of it. I do not think too much about the qualifying right now, I try to take it session by session. We are doing everything step by step."

"It was the plan to be fast here because it is my home race as we are a Belgian team and I am a Belgian driver,” said Dumarey, who is involved in a tight three-way battle for the Rookie Cup. “We are very motivated this weekend. I was often the fastest driver in Free Practice in the last few events but it is more important to be the first to cross the finish line on Saturday and Sunday. We believe in it, the car is good and we have the pace.

“I expect good weather for both races, a great crowd and a lot of fans cheering for me here in Belgium and I want to enjoy myself and have clean battles with the frontrunners. We will see what will happen tomorrow and on Sunday."