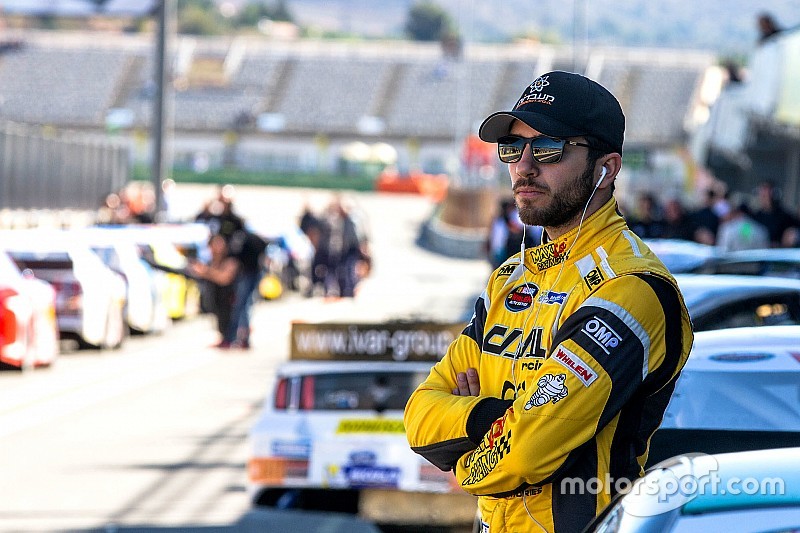 Day stormed back to the lead in the ELITE 1 standings in the NASCAR Whelen Euro Series standings at just the right time, as he staged a strong battle with Longin and pulled away to win by 1.048 seconds for his career-best fifth win of the season.

“I don’t have words,” said Day after the intense duel with Longin. “It’s crazy winning this race. It was the fairest fight I’ve ever had and it was so much fun to drive. I knew that I was in a good position for the championship as Stienes is not part of the battle, but he was so quick and drove so good.

“He’s definitely going to be a contender next year. It’s nice to see drivers coming from ELITE 2 stepping up this way. I hope to start the next race well and keep the lead. It’s not gonna be easy as Stienes will start next to me but I will do my best.”

Lasserre had to retire due to a problem with his brakes while Hezemans suffered a mechanical problem and had to come back to the pits on Lap 9.

Day took the lead on Lap 12 and remained out front the rest of the way but faced a fierce battle from his Belgian counterpart to score his 15th NWES win.

Longin, who entered the day ninth in the points standings, led his first laps in ELITE 1 in what was arguably his best race in the top division.

“It was an awesome race,” said Longin, who finished second in front of his home crowd. “I overtook Alon at the start on the outside and grabbed the lead. After that he was pushing really hard. Later on he was just a little bit stronger and faster than me. It was not much but he was better. I’m a really happy with the race.”

Gabillon finished third and will now have to gain 14 points on Day in the ELITE 1 Final on Sunday if he wants to win the title.

“Alon took 12 points, so I’m 14 points behind now,” said Gabillon, who is motivated to get his first ever NASCAR Whelen Euro Series title on Sunday. “I have to win tomorrow. We will see what will happen but today it was a tough day for me. Something broke with 10 laps to go. I was scared to have to retire, too.

“I’m sorry for Loris, who broke something on the back of his car, and Lucas. Everything can happen here. For us, it’s not too bad of course.”

Alexander Graff ended up fourth, collecting his best result in his NWES debut season so far. Nicolò Rocca won the Junior Trophy by rounding out the top-five.

Florian Venturi returned to championship contention by winning the first ELITE 2 race of the weekend at Zolder.

The French rookie driver finished ahead of Ulysse Delsaux who recovered from an early accident to score the finish and take over the points lead.

Gullaume Deflandre entered the race as the points leader in the division but was forced to retire early.

Venturi, who grabbed his first ever NWES win at Brands Hatch in the regular season, made no mistakes, took the lead on Lap 4 and won the race with a margin of 2.9 seconds on Delsaux.

“I’m so happy, but the championship is not over yet,” said Venturi, who earned Go Fas Racing’s first Euro NASCAR win at Brands Hatch in June. “I am totally focused on tomorrow’s race, because the battle will be decided by that Final. I don’t know what to expect but I want to win it! My big goal is to win the championship.”