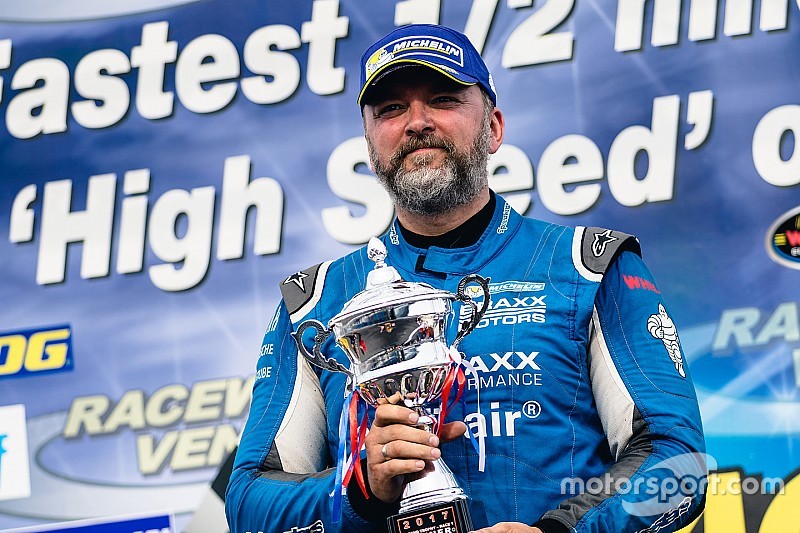 After testing an ARCA car over the weekend at Daytona, Jerry de Weerdt will attempt first start on a superspeedway next month.

This won’t be the first time racing in the United States for De Weerdt after making his NASCAR K&N Pro Series debut last fall.

"After the K&N Pro Series race in Bakersfield the team informed me they were going to start in the ARCA series in 2018 and invited me to the test," the Belgian told Motorsport.com.

De Weerdt learned after testing over the weekend that he received permission from ARCA officials to start the Lucas Oil 200 on Saturday, February 10.

The Belgian driver also noted the difference he felt between the K&N and ARCA cars.

"The ARCA car I tested in is a former NASCAR Cup car with an engine following the ARCA rules,” de Weerdt said. “The big difference with the K&N Pro Series car is the drivetrain. The K&N car has 650hp, the ARCA car 750hp. Also the aero package is different."

Prior to the ARCA test at Daytona International Speedway last weekend, De Weerdt gained some experience the superspeedway last summer.

"I did a track day in August with the Richard Petty Experience in Daytona for 28 laps so it wasn't my first time here,” he added. “The big difference was the drafting and that there are a lot more cars on the track now. But the car was good and stable so the feeling was good."

He also defined some simple goals when he starts his first ever ARCA race.

“In the race I hope to stay out of trouble,” de Weerdt said. “It's always a gamble. You need some luck because in the end you go flat out all the time way round. So it's up to the car and the cars around you to create speed. Finishing without crashing is the primary goal."

De Weerdt said that the K&N Pro Series and the ARCA race are only the beginning of his career in the US.

De Weerdt will also compete in the NASCAR Euro Series in 2018 with Braxx Racing driving the No. 78. He will team up with Marc Goossens again who will race the No. 90.

The NASCAR Euro Series season will kick off on April 14-15, in Valencia, Spain.