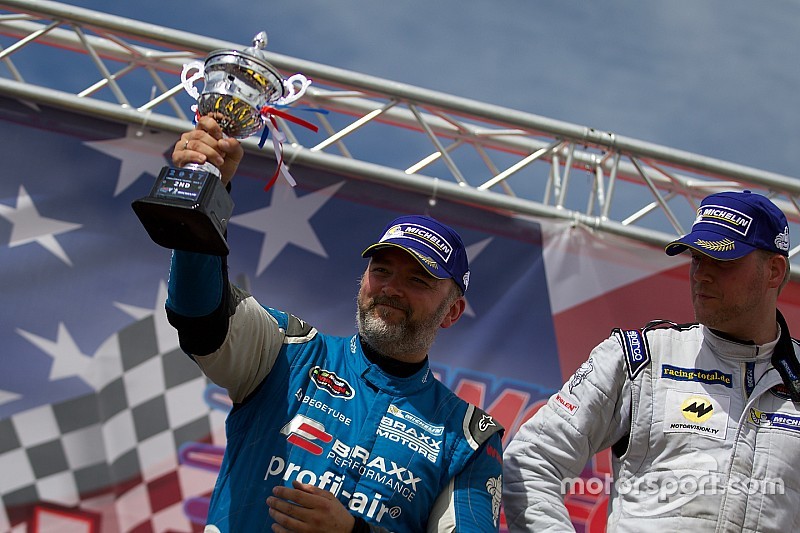 Braxx Racing will expand for the 2018 NASCAR Whelen Euro Series season by running a third car and has hired track engineer Bill Riley.

After winning a race at the final at Circuit Zolder, Braxx Racing wants to win titles in 2018. To maximize their chances Braxx Racing will add a third car. The cars will be driven by cycling legend Tom Boonen, Rallycross and GT driver Pedro Bonnet, owner Jerry De Weerdt and endurance legend Marc Goossens.

In addition to the team and new drivers added, Bill Riley will also join the team as its track engineer.

"We’re aiming for the biggest goal this year," said de Weerdt. "With Marc we have a very fast, professional and consistent driver and with the addition of Bill, who worked with Marc for 20 years, I think we can go for the title.

“It won't be easy because the competition in the NASCAR Whelen Euro Series is getting stronger every year, but we’ll also try to score as many podiums as possible."

Boonen and Bonnet are the youngsters Braxx Racing putting its money on.

"With Tom and Pedro we have drivers with very different backgrounds and I’m confident they’ll do great things for us and the series,” De Weerdt said.

"At Braxx we are committed to the NASCAR Whelen Euro Series long term, I’ve been going to America and we’re linked with Patriots Motorsports,” added De Weerdt. “We want to grow even more. Our new shop will be ready in April and we’ll have very interesting news for our fans about it soon."

After finishing 11th in the ARCA race at Daytona in February de Weerdt said that he will compete in US-based stock car racing again.

Goossens who won the race at the Zolder final last year is the big hope of Braxx Racing's title shot.

"We ended last year on a high with a splendid win,” said Goossens. “During the winter the idea was that if we could be in contention for the title we would need to step up our game a little bit and so we did. We expanded the team and we’re improving basically every area. We went on the podium many times without doing tests and with a partial schedule, so this time we want to take the next step.

"Bill’s name came up in talking with Jerry. I’ve been driving his cars on and off since 20 years and when we talked about it he jumped onboard. It’s a big boost for the team and for my confidence to have him with us and I think Braxx reflects well the spirit you live in American motorsports: the level is very high but there is also a great atmosphere in the team."

Goossens added that while there are a lot of changes with the team heading into the new season, the goal is still the same for any race team.

"We’re not trying to the reinvent the wheel,” he said. “If we stay close the basics, use our time better, go testing and we’ll optimize our work, we’ll be strong. I’m sure Bill will be a great addition to the team and as soon as he’ll be up to speed with what the car needs and how the drivers prefer it we’ll show some pretty good things.

"Both Pedro and Tom can progress through the season and if they score good points at the beginning they will be able to contend in the end. They’ll learn quickly for sure. The championship is growing quickly and it puts up a better show every time, so we’re happy to be more present and I’m happy to share my experience with teammates coming from such different backgrounds."

Owner Jerry de Weerdt will drive the #78 Braxx Ford in ELITE 1 and ELITE 2 as he did last season while Goossens (ELITE 1) and Boonen (ELITE 2) will share the new #91 Chevrolet Camaro. Pedro Bonnet will race the #90 Ford Mustang.

The first round of the 2018 NASCAR Whelen Euro Series season will take place at the Circuit Ricardo Tormo in Valencia, Spain on April 14-15.