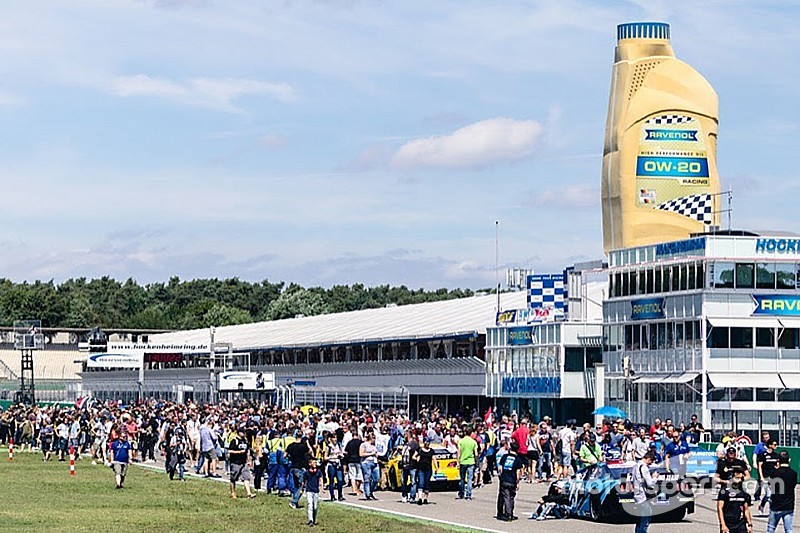 This season’s NASCAR Euro Series playoffs will start at the Hockenheimring in Germany Sept. 15-16.

Four race weekends have already been completed in the NASCAR Euro Series in 2018 and the championship fight in the ELITE 1 and ELITE 2 is as tight as never before. In both, the first and second leagues, up to eight drivers still have a realistic chance of winning the title.

The 2018 playoffs will start at Hockenheimring for the first time, which will host the "American Fan Fest." Last year, the European subsidiary made its debut on the legendary track in Germany, which was described by those responsible as a complete success.

Frederic Gabillon leads the overall standings in the ELITE 1 after the regular season. The Frenchman, who was a guest entrant in the Canadian NASCAR series in August, leads the current champion Alon Day by 26 points. Lucas Lasserre, who is competing for Mirco Schultis' German team Mishumotors, is third.

Anthony Kumpen and ELITE 2 champion Thomas Ferrando round out the top 5 in the first division, while youngsters Gianmarco Ercoli, Loris Hezemans and Wilfried Boucenna have certainly not yet buried their chances for the title.

Justin Kunz, the second German to start in a NASCAR Truck race, is currently in 15th place.

Double points will be awarded in the playoffs in the NASCAR Euro Series, which is why the semi-final at Hockenheim will be very important in the 2018 season.

Jörg Bensemann, President of the Badischer Motorsport Club (BMC), is already looking forward to the event at the Hockenheimring.

"It's great that more cars are competing in the NASCAR Euro Series than in previous years,” he told Motorsport.com. “Compared to the previous year, we have slightly changed the supporting programme. In addition to the Renault Clio Cup, the Midgets France and Denmark will be competing.

“We believe the program fits very well with the NASCAR Euro Series."

The heart of the event is the so-called "fan area" in the inner field of the track.

There various NASCAR and motorsport vehicles will again be on display beside many other attractions.

"Around 15 historic NASCAR cars will there, which can also be seen on the track," said Bensemann. "We have also prepared a big surprise for the grid walk. But we can't tell you anything about that yet."

According to Bensemann, around 11,000 spectators attended the NASCAR debut last year at the Hockenheimring throughout the weekend to follow the races. This number is to be topped this year.

The NASCAR Euro Series is on the upswing

The NASCAR Euro Series has achieved decent growth in recent years, culminating in the record season of 2018. At the start of the season in Valencia, 30 vehicles competed in the ELITE 1 division - a new record.

Competition has also become increasingly fierce. Never before has the championship been as tight as in 2018 and the established teams are under enormous pressure from the numerous newcomers.

But where does the NASCAR Euro Series actually have its roots? In 2008, NASCAR Euro president Jerome Galpin and Team FJ founded the Racecar Euro Series. The first season took place in 2009, mainly in France. At the end of 2010, the racing series was officially recognized by the International Automobile Federation (FIA).

Even then, the cars were reminiscent of the U.S. NASCAR cars, which is why the Americans quickly became aware of the series. Since 2012 the series has been officially marketed under the NASCAR banner.

In addition the series has become more and more international: It was and is driven on race tracks like Monza, the Nürburgring, Valencia and Brands Hatch. The schedule of the NASCAR Euro Series currently includes six race weekends - the playoffs will be held at Hockenheim and Zolder.

The vehicles of the NASCAR Euro Series are produced in Blois, France, and are designed for use on the European road courses - whereby at the Tours Speedway the drivers also race on one oval.

The V8 engines deliver around 425 horsepower. As in the U.S., the silhouettes are based on vehicles from Chevrolet, Ford and Toyota. The Camaro body was only introduced in the NASCAR Euro Series in 2018. While Ford uses the Mustang, Toyota uses the Camry body.

The series is considered a pure driver's championship, as the teams' vehicles have hardly any differences in performance. Furthermore, there are no technical driving aids, which is why the driver of the cars is in focus.

To be as cost-efficient as possible, one ELITE-1 and one ELITE-2 pilot share a car in the NASCAR Euro Series, although they start in different divisions and compete in separate championships.

A bridge between Europe and the USA

For those responsible for the European and American NASCAR series, it is important that the cooperation builds a bridge between the two continents.

Jeff Gordon, who was the "Grand Marshal" at the final of the NASCAR Euro Series in 2016, already spoke at that time of an opportunity to strengthen the exchange between the USA and Europe through the cooperation of the series.

And it works: Anthony Kumpen, Anthony Gandon, Alon Day and Justin Kunz are the riders who have made or will make guest starts in the three national NASCAR series. Day even got the chance to start at the Cup race in Sonoma in 2017. He finished 32nd in the BK Racing Toyota. Kumpen finished 26th in the 2016 Daytona Xfinity race and Gabillon, who was the first driver in the new exchange program between Europe and Canada, finished eighth at Trios-Rivieres two weeks ago.

The champions and winners of the special rankings will also have the chance to participate in a NASCAR race in the U.S. The race is selected to match the driver's status.

NASCAR Euro Series pilots have already raced in the fourth and fifth NASCAR leagues as part of this programme. If the race is not feasible, the driver will receive support in the next NASCAR Euro Series season.

Kunz will try to achieve a good result at Mosport on Sunday in the team of Jennifer Jo Cobb.

The cooperation between the German team Racing Total and Cobb goes back to the commitment of the racing team.

The American even started for Racing Total at the season opener in Valencia. In 2018 even a real cup champion will take part in the complete NASCAR Euro Series: Bobby Labonte. Ben Kennedy (2012), Max Papis (2013) and Jeffrey Earnhardt (2015) were also guests in the NASCAR Euro Series.