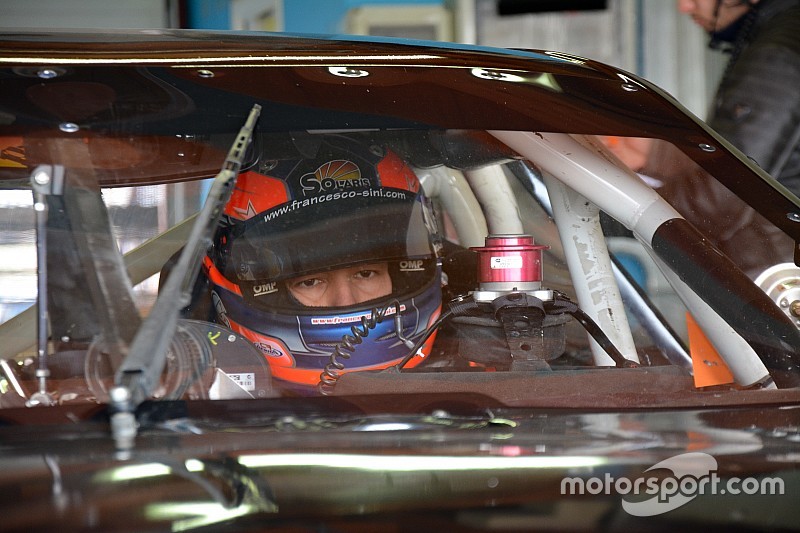 Solaris Motorsport will not forget the Saturday race of the NASCAR Euro Series at Brands Hatch in 2018. Francesco Sini scored the maiden podium in the ELITE 1 division for the Italian squad. Sini crossed the finish line fourth but gained a position after the race due a penalty against Marc Goossens, who finished second in front of more than 50,000 spectators.

The team started with the new Chevrolet Camaro for the first time in 2018.

"First race with the Camaro and first podium in Euro NASCAR: just a coincidence,” said Sini. “Jokes aside, I'm very happy about our race, we were quick and competitive all the weekend long on an unknown for us track.

"The contact on Sunday race was a pity, I was just signed the fastest lap of the race and I was recovering as on Saturday, but in the crash something on the rear broke and the car started to be slippery."

The Italian dedicated his podium to one of his engineers who was not able to come to Brands Hatch last weekend.

Team principal Roberto Sini was also pleased by the results of Solaris Motorsport at Brands Hatch.

"The hard work at home has paid off and finally, in a race without problems, Francesco did an outstanding comeback and we brought home a great result,” said Sini.

He also highlighted the hard competition in Euro NASCAR in 2018.

"The level of the NASCAR Whelen Euro Series is incredible; when in the qualifying session you have 24 drivers in less than a second 'every tenth counts' is not a way of saying. To conquer our first podium in NASCAR, with the Camaro, in front of 50 thousand people makes this moment even more special!"

The NASCAR Whelen Euro Series moves now in France for the Oval World Challenge scheduled on the typically US style short track based in the Tours downtown. It's a completely new challenge for Solaris Motorsport to face on 30 June - 1 July.