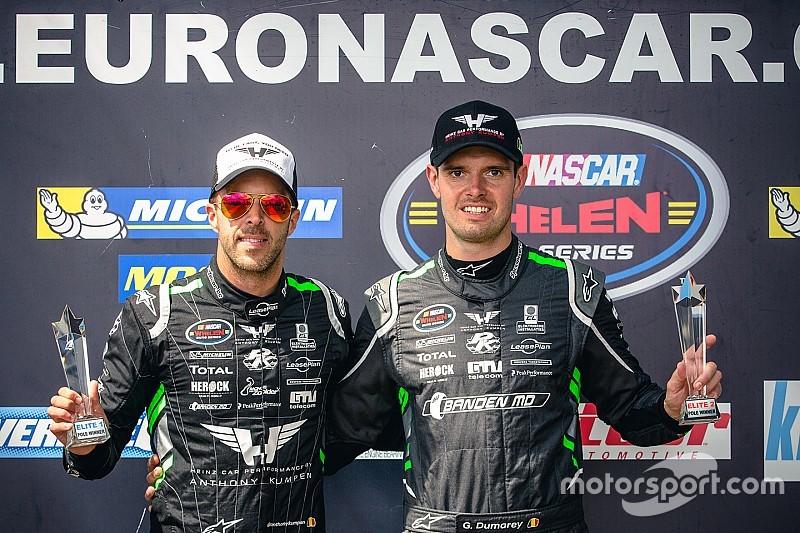 PK Carsport will return with two Chevrolets in 2018 with former champion Anthony Kumpen and Stienes Longin to return to the ELITE 1 division with Guillaume Dumarey securing his ride in the ELITE 2 championship.

In 2018 PK Carsport wants to go for the titles in all categories.

“Our ambitions are clear”, says two-time champion Anthony Kumpen. “We want to compete for the title in each category. To achieve this we have two completely reconstructed cars. We tried small things and tested them in Zolder during the winter. The Details can make a real difference, you know.”

Rabello added he’s ready to build on what he learned after competing in the series last season.

“I learned a lot in my first season and I am feeling very confident this year, working with a great team such as PK carsport,” Rabello added. “I’m very happy to be part of it. I believe I will be a strong contender for the title in the ELITE 2 division, but i know that it will be a tough battle because of the high level of the competition. Racing is unpredictable, but we will do our best to achieve our goals. I really enjoy the racing and the organization of Euro NASCAR and I can’t wait to start the season.”

After parting ways with Rabello, CAAL Racing had to find a new driver for their team. The squad decided to sign with Maciej Dreszer from Poland. The young race driver proved in his first NASCAR season that he has got the potential to race up front. In 2017 he raced with DF1 Racing and finished thirrd in the Rookie Cup and seventh in the overall ELITE 2 standings.

"We’ve got it! We’ve signed the contract and again I will race in NASCAR series," said Dreszer. "I am very happy because at one hand I really like the character of these races, that is spectacular, and often with lots of contact racing, bumper to bumper. On the other hand I feel largely unsatisfied with the previous season, when not everything would go as we’ve planned, particularly when it comes to car preparation.

"I know that with an experienced team, that will provide me the best possible support, I can achieve much more. It's no secret that the goal is to win the European Series, and the next step is to race on American tracks. I believe that this collaboration is the much needed giant step towards accomplishing these objectives."