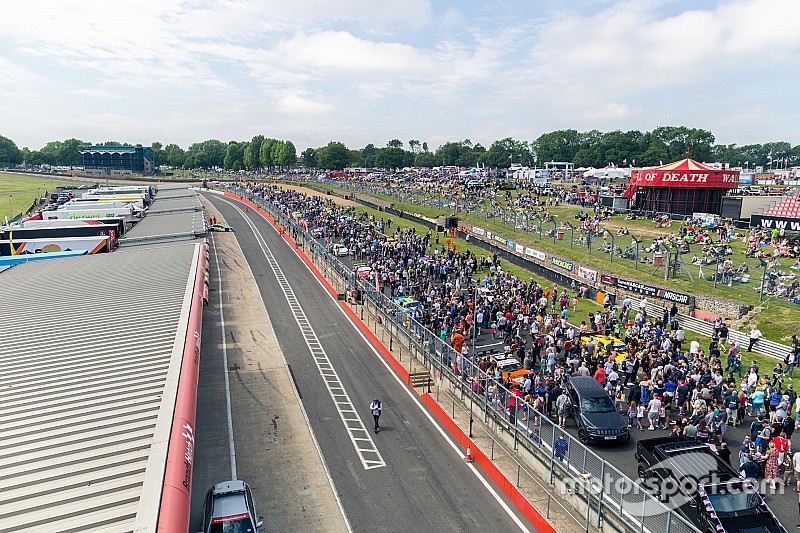 Two of the three NASCAR international series will be in action this weekend in Canada and the United Kingdom, with the Euro races broadcast on Motorsport.tv.

The third round of the 2019 NASCAR Whelen Euro Series gets underway this Saturday when the growing series visits Brands Hatch for the NASCAR Grand Prix UK.

A crowd of more than 40,000 race fans are expected over the two-day event that will crown a “King of Brands Hatch” after both Elite 1 and Elite 2 divisions complete their races.

Alon Day won the title last year and enters this weekend’s races with a 15-point lead over Stienes Longin and Loris Hezemans. Nicolo Rocca, Ander Vilarino and newcomer Jacques Villeneuve are all within striking distance of the series lead.

A record 32 cars and 57 drivers are entered to compete over the weekend with Day and Vilarino entered as previous winners so far this season.

Although this will be Vilarino’s first race at the 1.9-kilometer course since 2015, he has never finished outside the top three highlighted by five wins in Elite 1 competition.

While Day flexed his muscles sweeping the weekend in Italy last month, the parity in the Elite 2 division has featured four different winners in as many races so far in 2019.

American Myatt Snider has raced well and has already led laps and won a pole in competition as he continues his quest for his first series win.

Kevin Lacroix will lead the NASCAR Pinty’s Series to Jukasa Motor Speedway for the ACP 200 in the first of two visits to state-of-the-art short track located in southern Ontario.

Lacroix was able to hold off Andrew Ranger and Gary Klutt in the season opener last month at Canadian Tire Motorsport Park and he returns to the track where he picked up his first series win on an oval in this event last year.

DJ Kennington ended a long winless streak winning the most recent Pinty’s Series race held at the track last September and he’s joined by fellow St. Thomas, Ontario, native Jason Hathaway who has returned to compete for the championship this season.

Hathaway picked up a Late Model win at Jukasa in 2017 when the .625-mile track reopened under new ownership and management.

Mark Dilley joins Lacroix and Kennington as a previous Pinty’s Series race winner in the field having won at the track in 2008.

The top five drivers in the championship standings are separated by just nine points with Lacroix leading Ranger by five (48-43) followed by Klutt, defending series champion L.P. Dumoulin and Hathaway.

Roundtable: Expect a wild race at Pocono this weekend