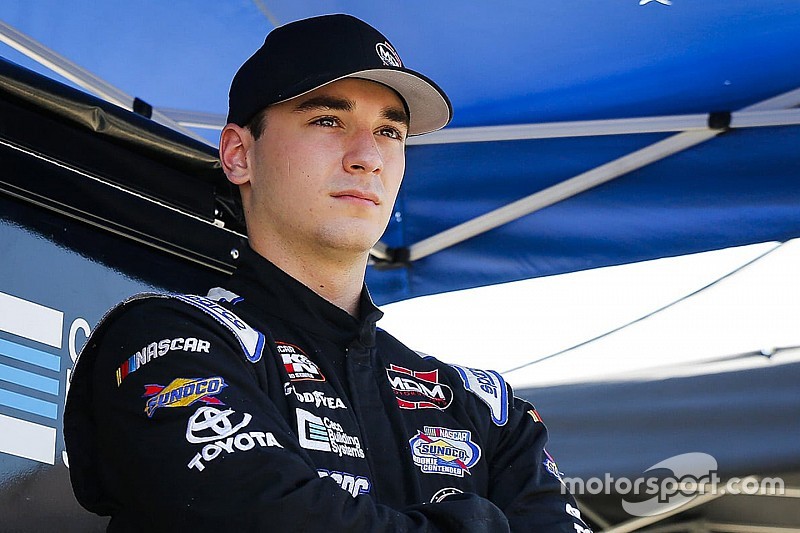 NASCAR Next member Anthony Alfredo will compete part-time in the Truck Series next season.

Alfredo, 19, will drive a partial schedule next year in the Gander Outdoors Truck Series for DGR-Crosley. His season schedule isn’t set as yet hit is expected to make his series debut at Atlanta in the second race of the season.

“Going to DGR-Crosley next season is a huge opportunity for me," said Alfredo. "To be able to work with David (Gilliland), who’s not only the owner but also someone who has a lot of racing experience, is going to be very beneficial.

“They have a great group of hardworking knowledgeable people in their shop which is going to make the transition to Trucks a lot smoother for me. They’ve had a lot of success at every level they’ve competed in, and it’s a dream come true to be able to race for them at the national level.”

Alfredo competed fulltime in the NASCAR K&N Pro Series East in 2018 with MDM Motorsports. He finished fifth in the series standings and earned his first series win at South Boston (Va.) Speedway.

Before moving to Pro Series East, Alfredo raced late model stock cars in the CARS Tour where he collected two wins and finished second in overall point standings. He is also a member of the NASCAR Next program which highlights emerging up-and-coming drivers.

“I watched him all year in the K&N Series and he did a great job,” Gilliland said of Alfredo. “He’s a talented racer and has shown that he has the drive to keep getting better. He's a great fit for our program at DGR-Crosley and going to do a very good job for us next season in the Truck Series.”

Alfredo said his goal is to make it to the Monster Energy NASCAR Cup Series.

“I feel like I'm one step closer to where I want to be,” he said. “I can't thank everyone who has made this possible and supported me throughout my career enough, especially my family and sponsors who continually believe in me.”

Strong partnership for Trulli and Alonso